The mayor outlined some resources for the community and gave a COVID-19 update. A large portion of the Boil Water Notice has been lifted. 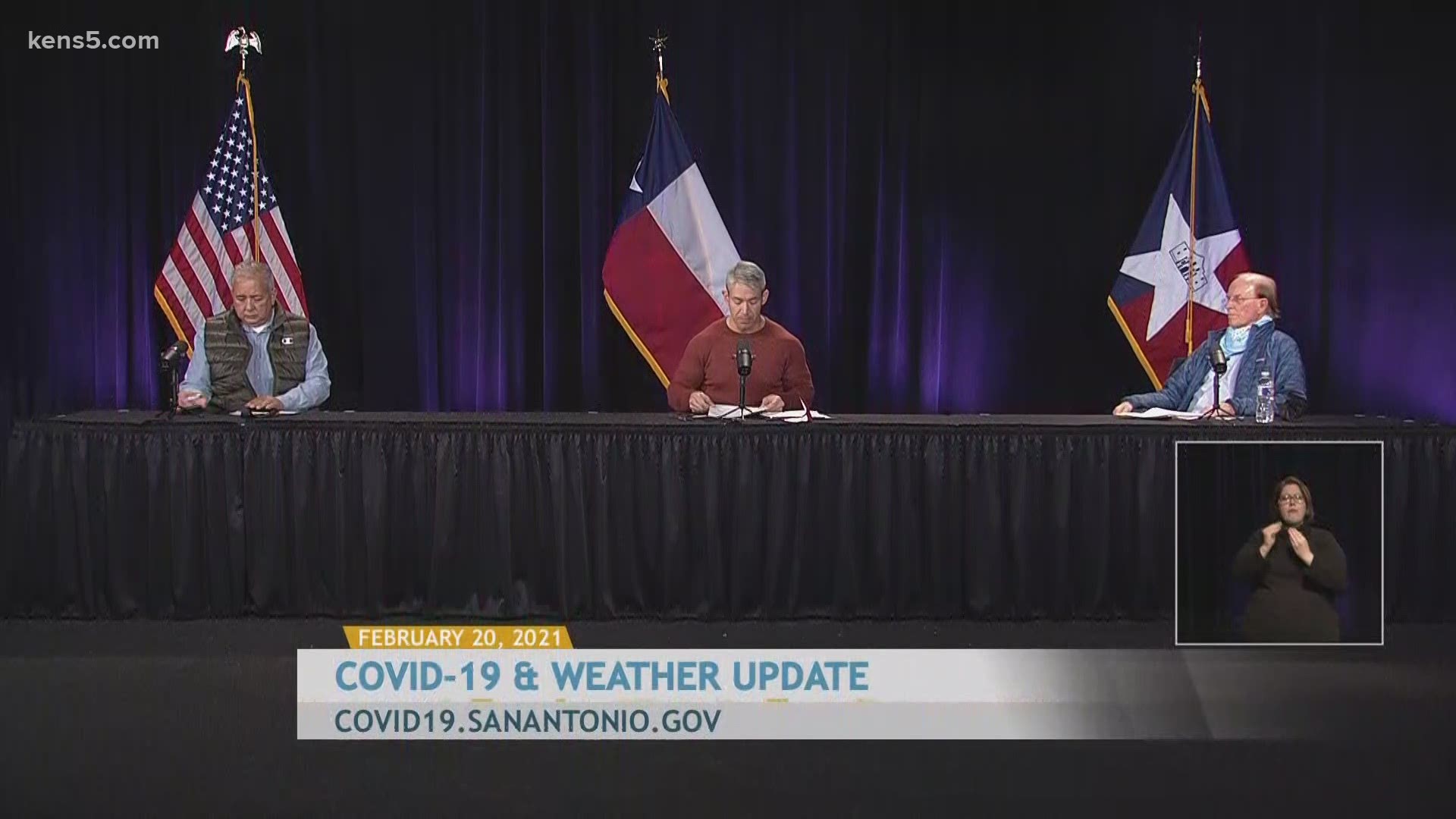 The mayor said that roads are back open and property owners can apply for disaster relief through FEMA. San Antonio Water System CEO Robert Puente said that about 10% of the community remained without power, but he lifted the Boil Water Notice for a large portion of the city in green on the map below:

Credit: SAWS
The Boil Water Notice has been lifted in the areas in green

Puente expected another large part of the map to be cleared Sunday, and said it would likely be 100% done Tuesday. He said that residents should run water to flush the stagnant water from their pipes, and anticipates a large problem with burst pipes.

Mayor Nirenberg announced that the warming center at the Henry B. Gonzalez Convention Center closed at 5 p.m. today. He said it was about empty, and it managed to serve 500 people and some pets. He gave credit to animal caretakers who have stepped up, and said shelters are crowded and there's a substantial need for fosters and adopters.

He put out a call for blood donations, and reminded everyone again that price gouging is illegal. Regarding the idea that residents may pay for the energy crisis over the next ten years, he called it unconscionable that the people who have borne the brunt of the crisis should not bear the burden of the cost.