Here's a look at the storm damage across metro Atlanta

There is a Tornado Watch for metro Atlanta until 4 p.m. Monday. 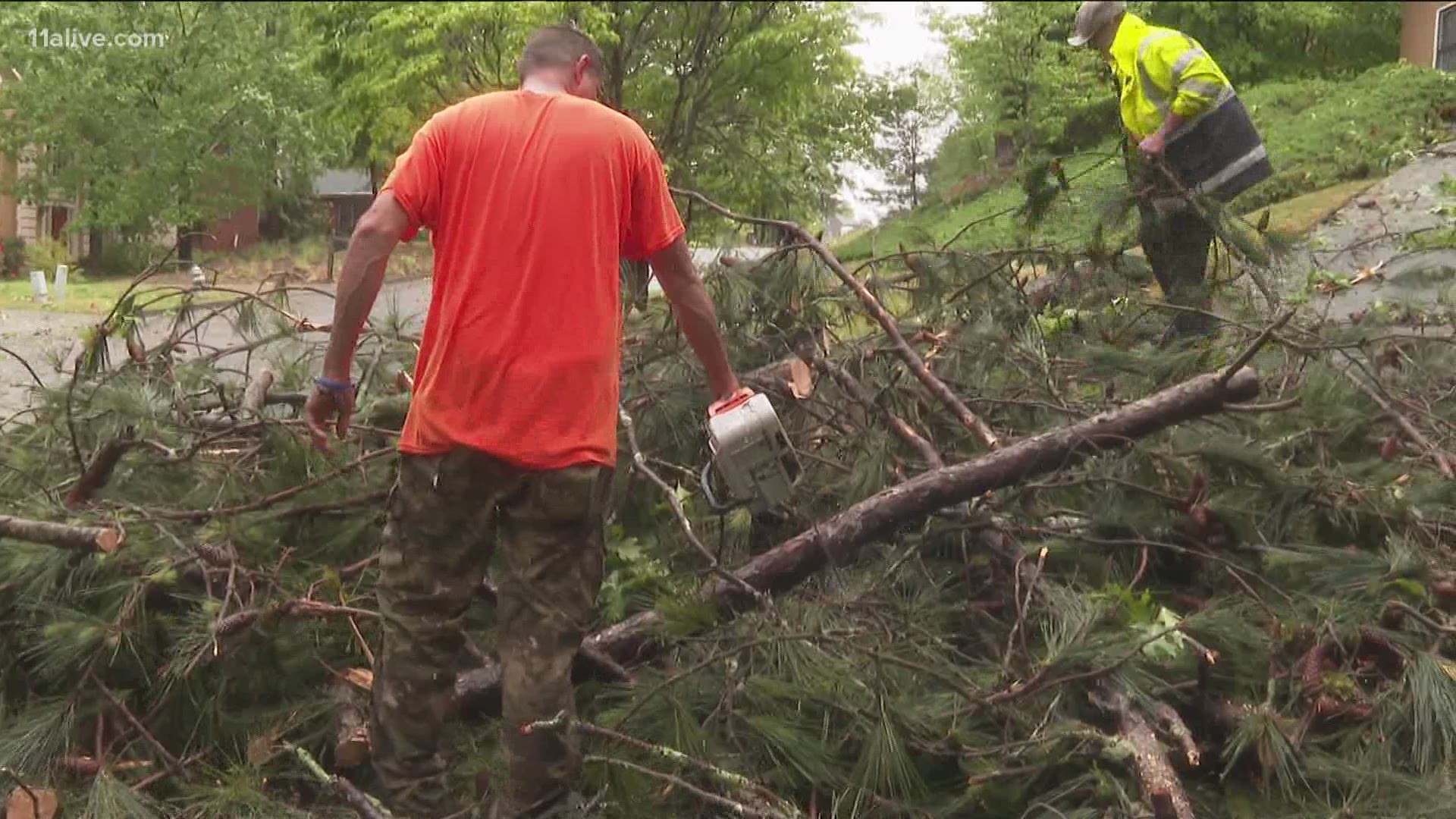 Several trees came down across neighborhoods in the Southwest Atlanta area.

Mayor Keisha Lance Bottoms tweeted photos of the damage in her neighborhood.

Trees down throughout my neighborhood in SW Atlanta. Please be careful Atlanta. pic.twitter.com/qpxqy4C6LG

Douglas County officials said one person died after trees and power lines fell on his car.

And, in South Fulton near Fulton Industrial Boulevard and Riverside Drive, trees and power lines came crashing down.

"God spared us, " one resident said. "And I am so grateful because all those trees are down and it just looks really bad, but we've just been blessed."

Another resident described hearing a noise that "sounded like a train." He said he grabbed his mother and they went into a safe place. When the storm passed, they examined the damage and noticed a tree had fallen on their carport.

Georgia Power crews have begun assessing damage and working to restore power as quickly and safely as possible. The power company said the severe storms produced high winds and heavy rain that led to fallen trees and downed power lines.