Soaking rains, even a strong storm or 2, possible on Memorial Day

The Storm Prediction Center has much of South Florida under a marginal risk for severe weather, including the threat for gusty winds and a tornado. 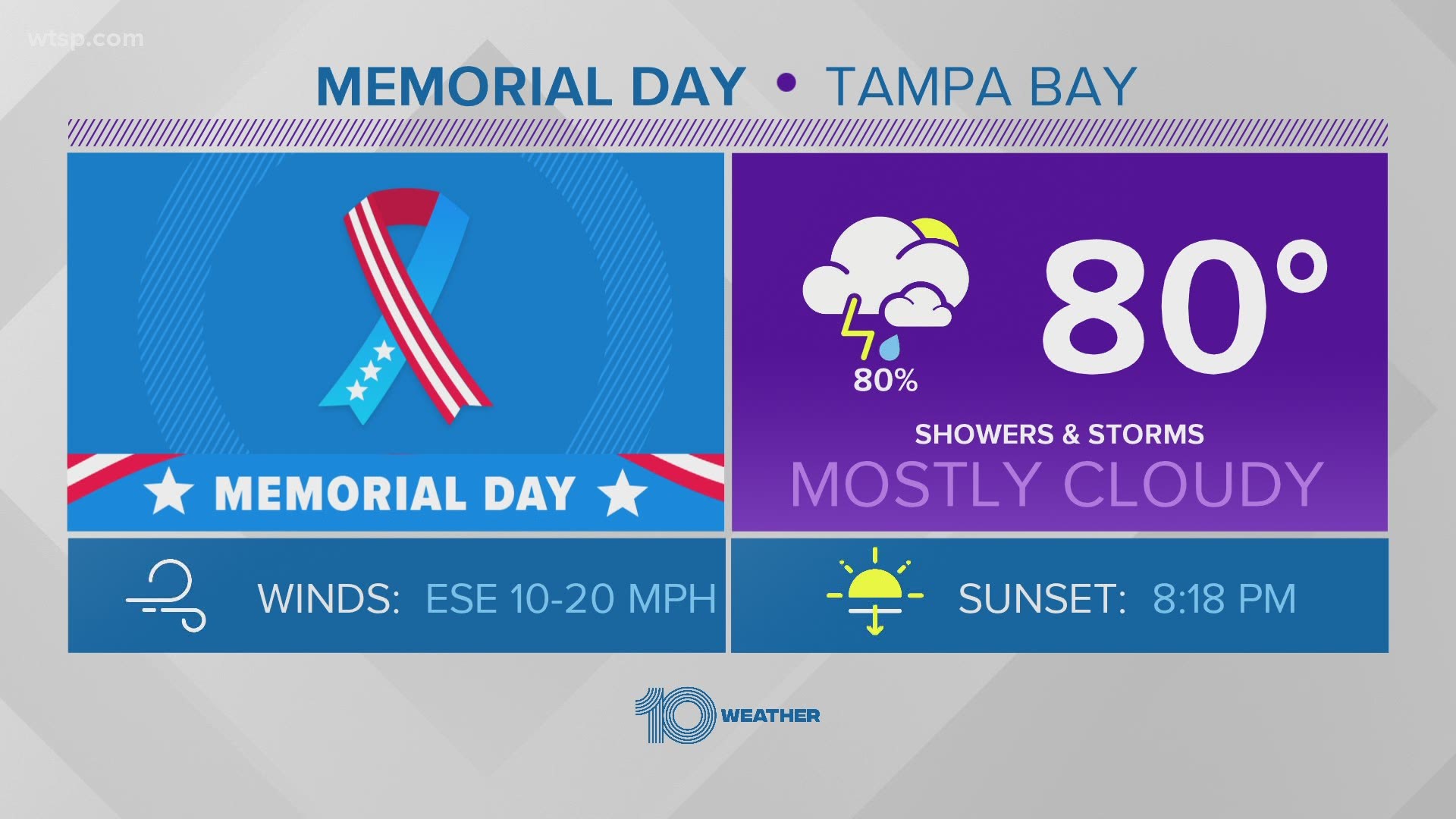 ST. PETERSBURG, Fla. — We’re kicking off the unofficial start of summer with unfavorable beach and picnic weather as a tropical disturbance brings rain and a few storms into the Tampa Bay area.

Here’s the setup: A weak area of low pressure sits off the South Florida peninsula in the eastern Gulf of Mexico. It is interacting with abundant moisture from the tropics, which will bring significant rain and storm activity across the area through Tuesday.

The chance for locally heavy rainfall continues to increase as this tropical wave continues to move north late Sunday into Monday.

We could see accumulated rainfall between 1-3 inches across the region, with even higher rainfall totals locally. It's possible some of the heavier showers and storms could go over the same areas, leading to increased rainfall totals.

In addition to the moderate to heavy rain, we can’t rule out a few strong storms -- and some of those could become severe. As of Sunday evening, the Storm Prediction Center has part of southwestern Florida, including part of Sarasota County, in a marginal risk for severe weather on Memorial Day.

Storms packing gusty winds and even a quick spin-up waterspout and tornado are possible.

The overall severe threat is low, as the main threat across the Tampa Bay area is localized flooding in poor drainage areas and small bodies of water due to heavy rainfall.