These are the snow totals for Spokane area

The KREM 2 studio received more than five inches of snow while some cities in North Idaho saw even more! 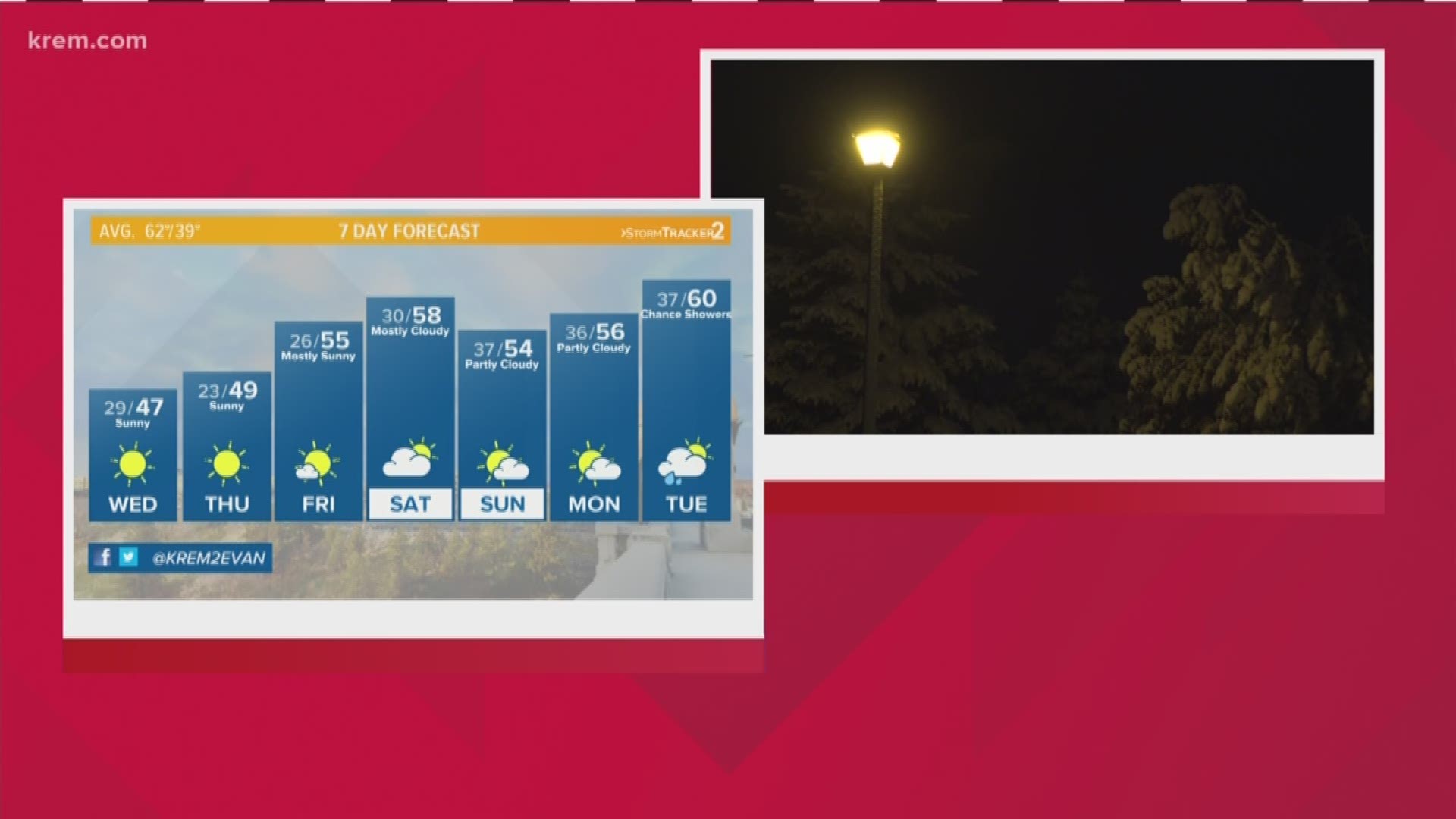 Editor’s note: This data is provided by the National Weather Service, which collects totals from a variety of sources with varying equipment and exposure. Not all data listed is considered official

SPOKANE, Wash. – If you haven’t heard by now, Spokane was hit with an extremely rare October snowstorm that brought about four inches of the white stuff with it to Spokane's South Hill.

KREM has received many messages from viewers saying that their area received what seems like quite a bit more snow, very little, trace amounts, or just plain none at all.

The National Weather Service said the heaviest amounts of snow fell from the southern portions of Spokane toward Rathdrum and Athol.

We decided to take a look at National Weather Service snow totals for cities throughout North Idaho and eastern Washington in hopes of making a comprehensive list. Here they are.

Tap here for an interactive map

This wasn’t the case for other areas throughout the County. Liberty Lake only received two inches of snow by Wednesday, while Cheney received 1.3 inches.

Mead and North Spokane only received an inch by 9 a.m.

Some cities in North Idaho were worse off than Spokane. Some areas of Rathdrum and Hayden received 6 inches of snow by Wednesday morning.

A trained spotter in Chilco, Idaho, recorded 5.1 inches of snow for the National Weather Service by 9:30 a.m.

Athol and Spirit Lake also sat in the path of the storm, with three inches of snow each by Wednesday morning.

Coeur d’Alene only received about an inch of snow, according to the National Weather Service.

Most areas of the Palouse received small amounts of snow, with an inch in Pullman and other surrounding cities.

Snow has tapered off on Wednesday but record cold low temperatures remain in the nighttime forecast. Spokane is expected to hit 23 degrees, a record last set on Oct. 10, 2009.

Some cities in North Idaho, including Kellogg and Bonners Ferry, are expected to hit a record-breaking 20 degrees.

RELATED: Your photos and videos of snow, downed trees after rare October storm