The gulf coastline begins to get in on the afternoon thunderstorm action Thursday. 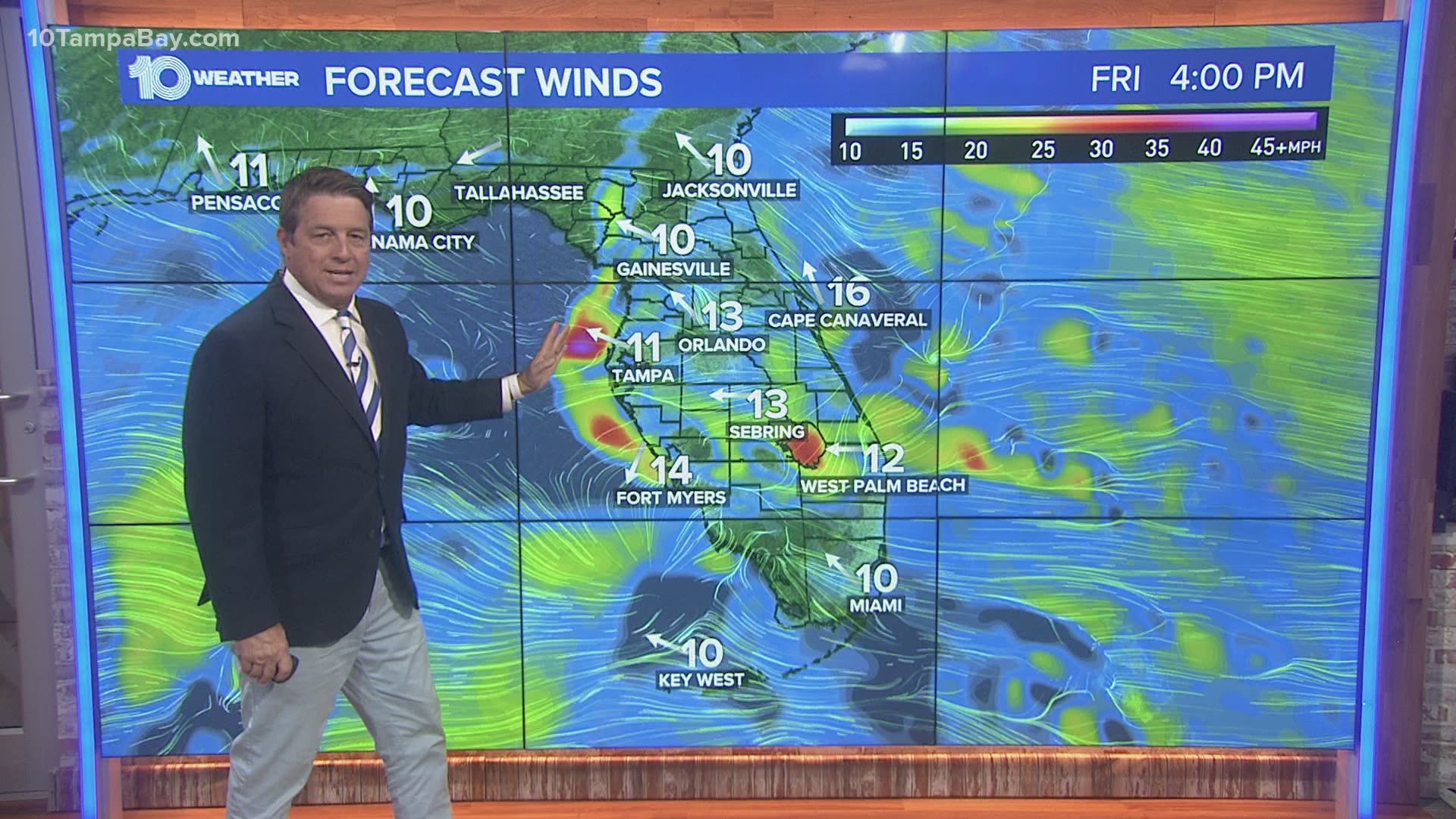 ST. PETERSBURG, Fla. — It's summertime and those pop-up showers and storms are in the forecast almost every day anywhere in Florida. Recently, though, the highest rain chances have been confined to inland locations.

Those weekday afternoons at the beach have been dry. That's about to change.

We've been stuck in a weather pattern with a westward component to the wind, especially during the middle part of the day. This pushes the sea breeze from the Gulf of Mexico farther inland. When this boundary meets up with the sea breeze boundary from the Atlantic Ocean, storms erupt.

Warm and moist air across Florida already make for a very unstable atmosphere. The collision between two boundaries is like the spark needed to fire off storms that produce torrential rainfall, gusty winds and, of course, vivid lightning.

Going into the day Thursday -- and likely into the weekend -- an east wind will prevail. This not only will help keep the Gulf of Mexico sea breeze closer to the gulf, but it'll push the east coast sea breeze toward the Gulf of Mexico. Once the two clash, boom, expect those showers and storms to explode along the coast.

Weather computer models keep the Tampa Bay area mostly dry for much of the first half of the day. It's closer to the mid-afternoon and into the evening rush when thunderstorms could begin firing up along the Interstate 75 corridor and begin their march westward toward the beaches.

Keep an eye on the radar in the 10 Tampa Bay app to track storms as they develop.