The coolest air we've seen since mid-May is all thanks to a cold front. 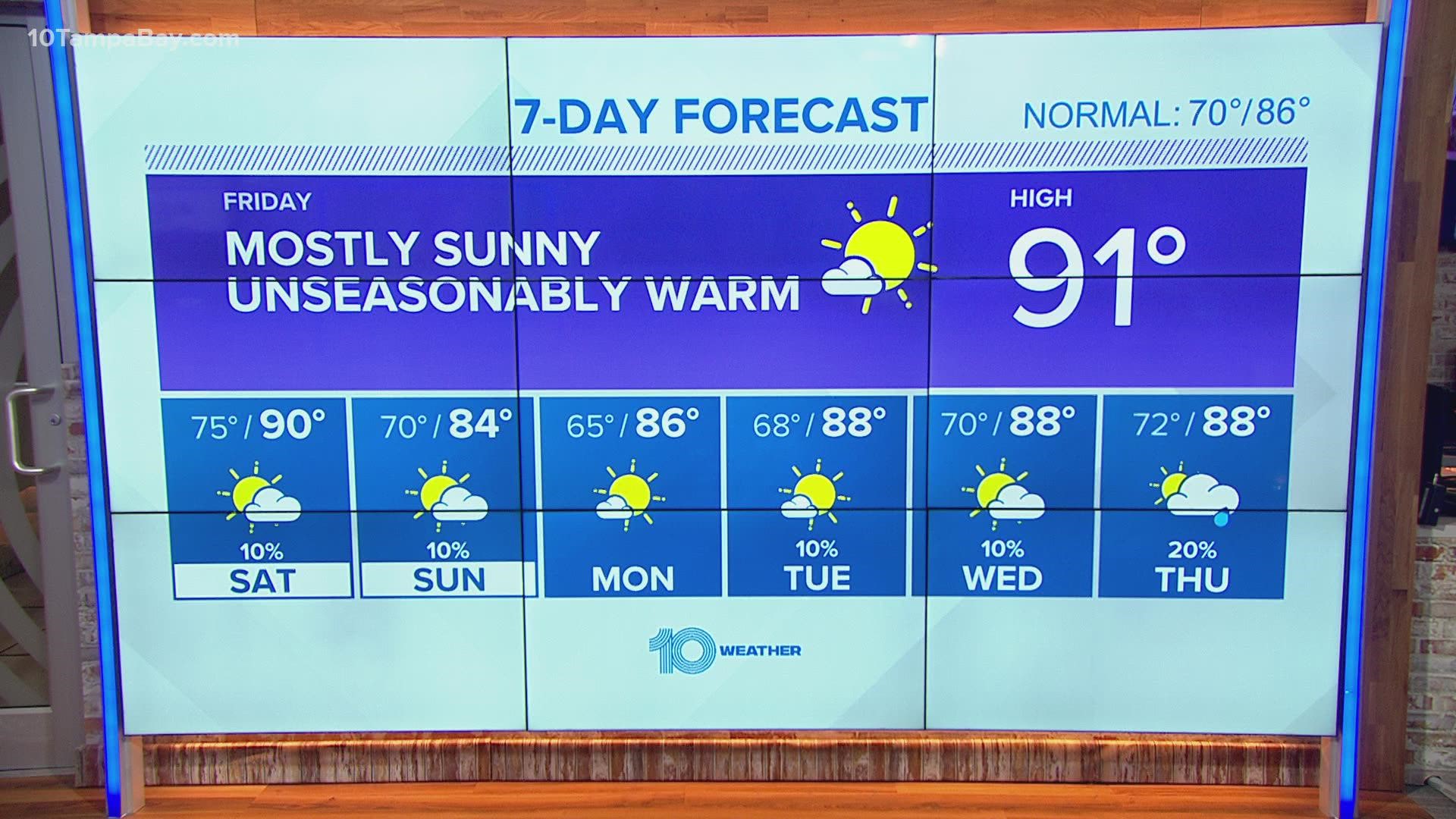 ST. PETERSBURG, Fla. — Early fall in Florida typically feels a lot like summer. Lots of heat and humidity with warm, muggy nights. It's also the time of year that we start watching for cold fronts up north to make a move south with cooler air.

They often don't make it this far south in the early part of October, even when forecast models suggest they will.

However, a cold front currently bringing very chilly air to the middle part of the country is expected to also bring a little taste of cool air to Tampa Bay by the end of the weekend.

The Florida-bound cold front has brought freeze warnings and frost advisories for parts of the upper Midwest for Friday night and Saturday morning.

Tell your friends. Tell your neighbors. A cold front is coming! Fingers crossed that we will see the coolest air we've seen in 153 days on Sunday night. pic.twitter.com/7WJfMbwM1E

Tampa Bay won't see that kind of cold air but is expected to see the coolest air in 153 days, with our first temperature in the 60s since May 17.

Overnight lows Sunday through Wednesday nights will be in the low to upper 60s. Humidity will be low as well with dew points dropping comfortably into the 50s Monday and Tuesday.

Dew point temperatures around 65 degrees and higher are typically when it feels humid outside to most people.

Due to the cooler and drier air, the overall weather pattern will remain mainly dry as well. As some humidity returns late next week, rain chances increase to a low 20-percent by Thursday.

While the nights will feel refreshingly cooler, do keep in mind that the days will still be warm with high temperatures in the mid-to-upper 80s. 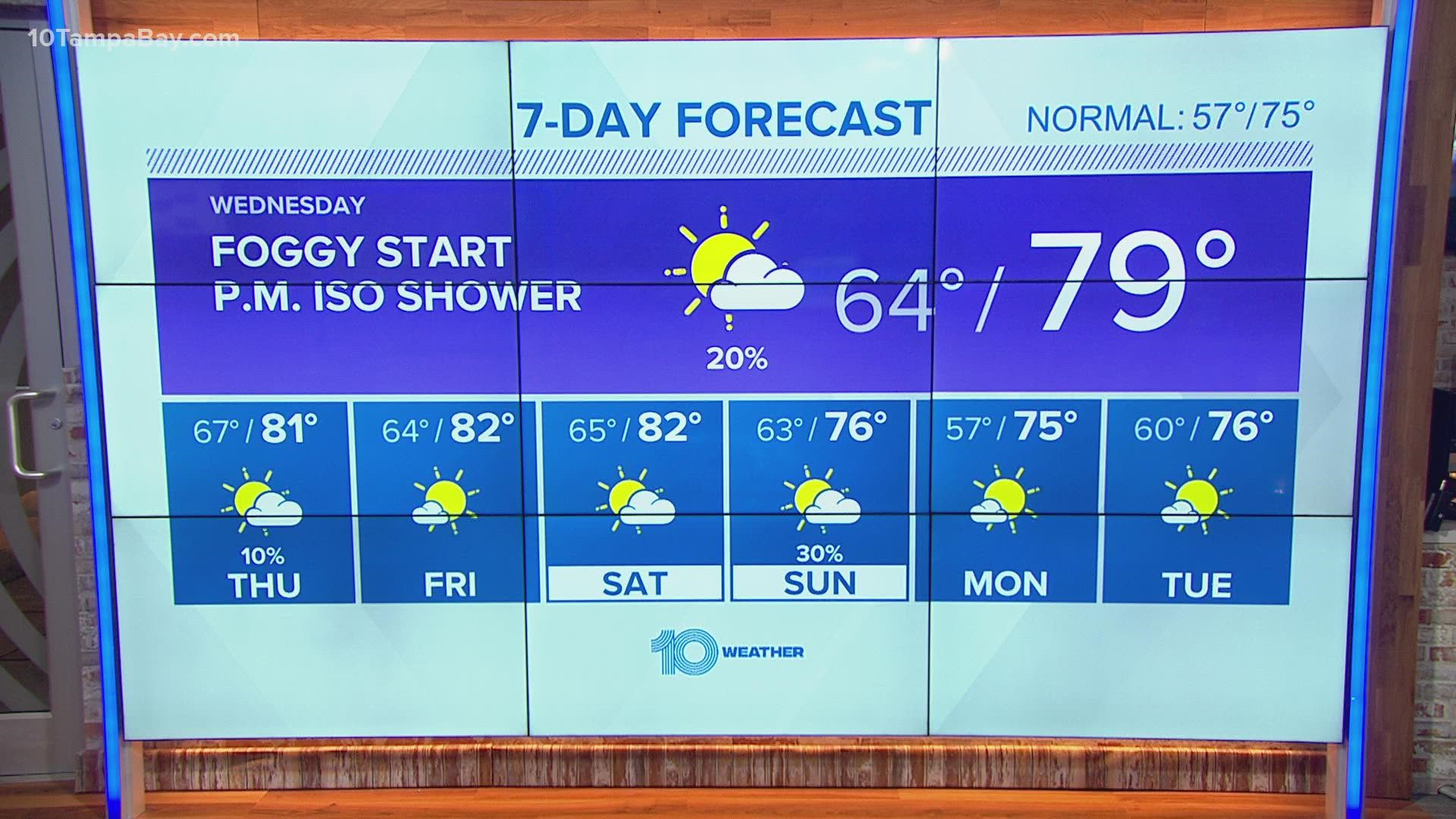 10 Weather: Dense fog Tuesday morning, highs back in the 80s