Some locations north of Tampa Bay have picked up almost a foot of rain recently. 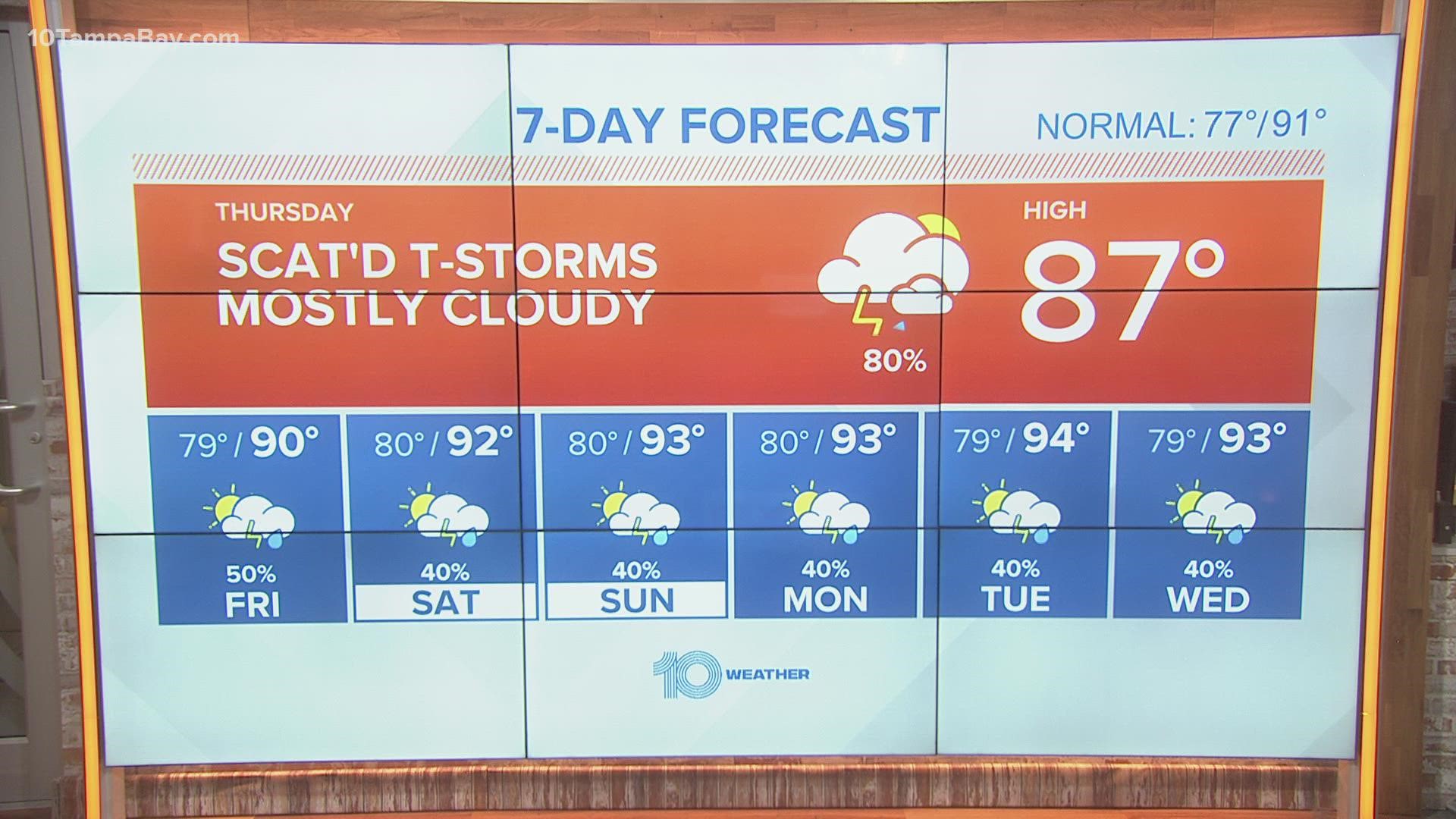 SAINT PETERSBURG, Fla. — Sometimes, weather patterns lock into a bit of a rut and days go by when very similar weather conditions repeat themselves day after day.

When this pattern brings nice weather, many of us hardly notice but when it brings days of widespread rain and storms resulting in flooding, everyone notices.

This has been the case for the Tampa Bay area for the majority of the week, going back to Sunday. Abundant tropical moisture has been feeding in from the southwest while a frontal boundary has been draped across northern Florida.

The combination of these features, along with several passing disturbances overhead, has resulted in a steady dose of light-to-moderate rain for extended periods of time, along with pockets of drenching downpours.

Many places over the Nature Coast, especially Citrus County, and areas in Manatee County have seen rainfall totals in excess of 6-7 inches with some places receiving close to a foot of rainfall in a hand full of days.

There have been reports of flooded roadways in addition to some streams and rivers experiencing flooding conditions.

As more showers and storms continue through Thursday, the threat for more flooding or even flash flooding will be possible across most of the area, especially in areas from Tampa Bay north.

A flood watch is in effect for Citrus, Hernando, Hillsborough, Manatee, Pasco, Pinellas and Sarasota counties until 8 p.m. Thursday. In this area, an additional 2-4 inches of rain will be possible, which may result in some flooding in low-lying or poorly drained areas.

The combination of a stalled front over north Florida and HIGH precipitable water values (moisture available to produce rain) is producing a growing concern for flash flooding from Tampa Bay north into north Florida as more storms begin to develop and push in from the Gulf. pic.twitter.com/c8Zfqn70jW

The abundant moisture in the atmosphere that has produced the copious amount of rain over the last several days will begin to decrease into Friday. While the chance for scattered afternoon showers and storms will remain into the weekend, the coverage and intensity of the rain will be much less.

That said, the areas that have received the most amount of rain this week could continue to see some minor flooding from any additional rain into the weekend.