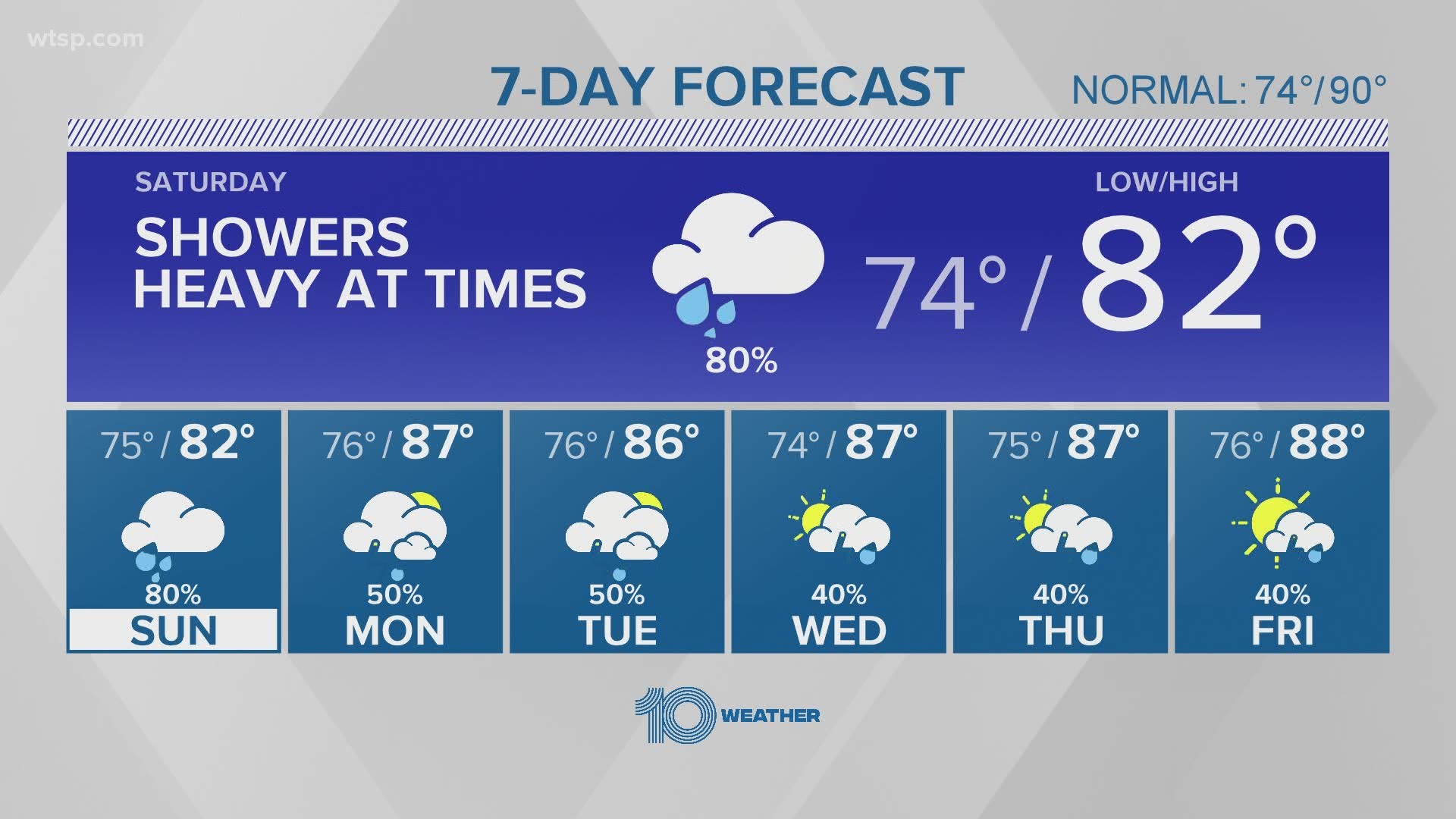 As Tropical Storm Cristobal continues to move toward the Gulf of Mexico, the National Hurricane Center has issued a tropical storm warning from southeastern Louisiana to the western Florida Panhandle. Tropical storm force winds are expected by late Saturday night.

The winds are projected to arrive well in advance of the storm and extend well east of Cristobal's center.

Life-threatening storm surge remains possible along the Florida Big Bend into southern parts of Louisiana. A storm surge watch is in effect for this area.

The National Hurricane Center says Cristobal has strengthened to a Tropical Storm with maximum sustained winds of 40 mph. The storm is moving north at 12 mph.

Tropical Depression Cristobal has been a storm for the record books.

It originally developed partially out of the remnants of the Eastern Pacific’s Tropical Storm Amanda. That energy developed in the Atlantic Basin’s south Gulf of Mexico in the Bay of Campeche, where it became the earliest third named storm in Atlantic hurricane history, Tropical Storm Cristobal.

Yesterday, Tropical Storm Cristobal moved south and back over land in Mexico. Then, the storm went back down to tropical depression status. But this storm isn’t done. Cristobal is forecast to loop around land in Mexico today, bringing up to 30 inches of rainfall by the time it heads back out to sea. While it’s possible the storm will break up over southern Mexico, the forecast, and more likely scenario, is for the storm to survive and move back out over the waters of the Gulf of Mexico while heading toward the U.S. this weekend.

If the storm does indeed move back over the Gulf of Mexico, it will encounter very warm waters and low upper level wind shear, providing favorable conditions for strengthening the storm. The official forecast from the National Hurricane Center is for the tropical depression to redevelop into a tropical storm threatening coastal areas from Texas to Louisiana to the Florida panhandle. At this point, a landfall is expected late Sunday night or early Monday.

Even though Tampa Bay doesn’t appear to be in the direct path of Cristobal, we will have some impact. High surf, rip currents to periods of heavy rain will all be concerns through the weekend. Several inches of additional rain will be possible, with locally higher amounts possible.

The path and intensification of the the storm will determine how our weather is influenced. The 10 Tampa Bay Weather Team will be tracking the storm around the clock, keeping you updated every step of the way.