There's no threat to Florida. 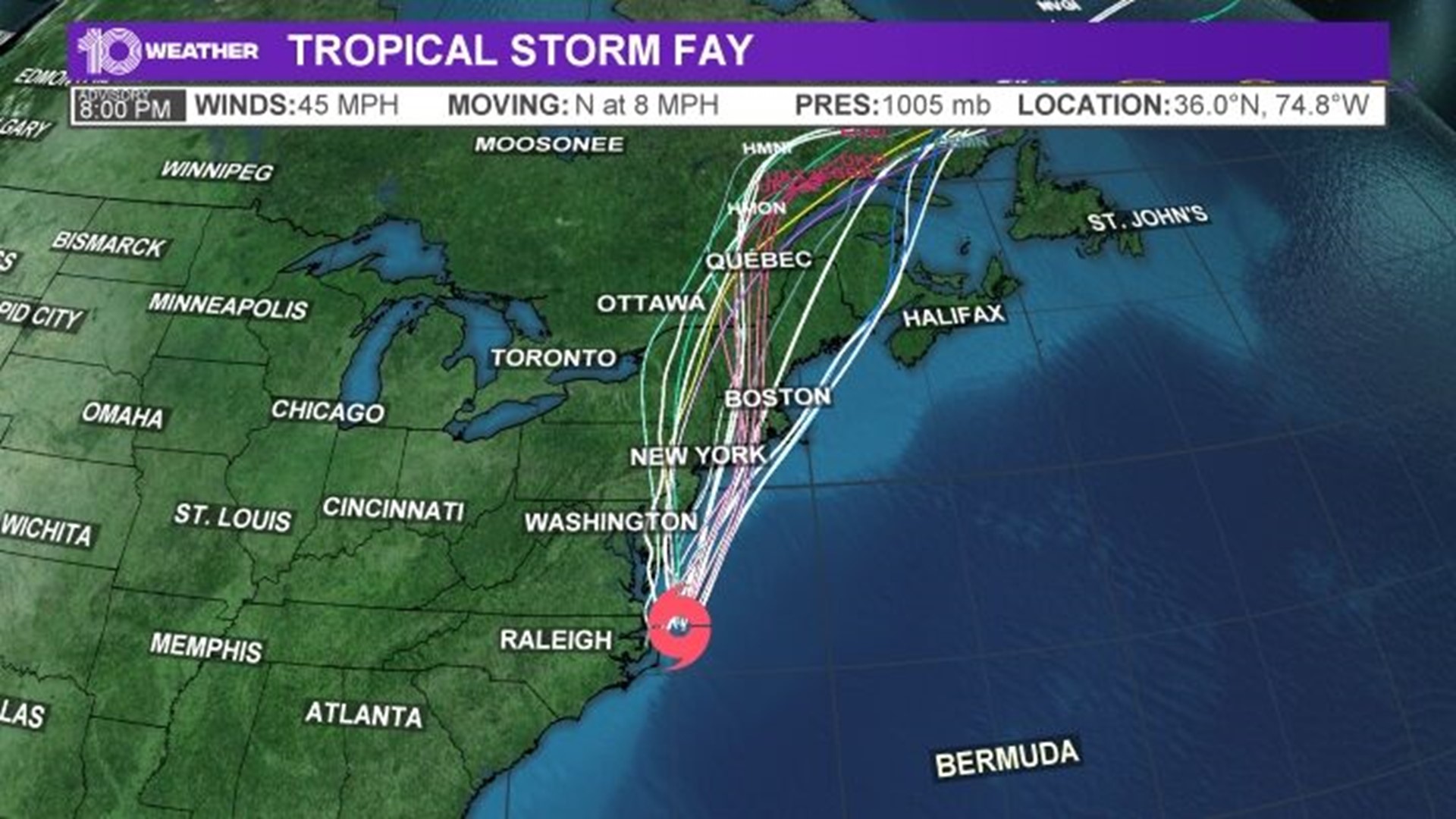 The system is expected to track up the Atlantic Seaboard as a big rain and wind maker. The storm poses no threat to Florida.

Tropical-storm-force winds are extending outward up to 185 miles.

A flash flood warning is in effect for the area, including New York City. The storm system was expected to bring 2 to 4 inches of rain, with the possibility of flash flooding in parts of the mid-Atlantic and southern New England, The U.S. National Hurricane Center said in its 5 p.m. advisory. That's down from earlier forecasts of about 3 to 5 inches of rain.

Meteorologists expect Fay to keep heading north and northwest at an increasing speed Friday night into Saturday. The tropical storm is expected to weaken to a tropical depression by Saturday morning and then dissipate on Sunday.

It’s also the first tropical storm to make landfall in that region since Irene in 2011. Much of the region has already seen inches of rain out ahead of the storm. Central Park has already measured more than two inches of rainfall.

While the tropical storm will have no effect on Florida, it breaks another record in the active 2020 hurricane season.

This is the earliest sixth named storm on record in the Atlantic. The current record is Tropical Storm Franklin on July 22, 2005. On average, the first “F" name storm doesn’t form until Sept. 8, two months from now.

Arthur brushed the Outer Banks of the Carolinas in May, and Bertha moved that way too. Cristobal brought heavy rain to the Gulf Coast, including Tampa Bay. Dolly moved harmlessly over the North Atlantic.

Remember, 2020 is expected be an above-average hurricane season. NOAA’s official forecast calls for a 60 percent chance of an above-normal season with 13–19 named storms, 6–10 hurricanes, 3–6 major hurricanes. Above-average water temperatures and the lack of an El Niño are factors that would increase activity.