There are 2 areas of possible tropical development

The odds of seeing a tropical system or two during the next several days are very low, however. 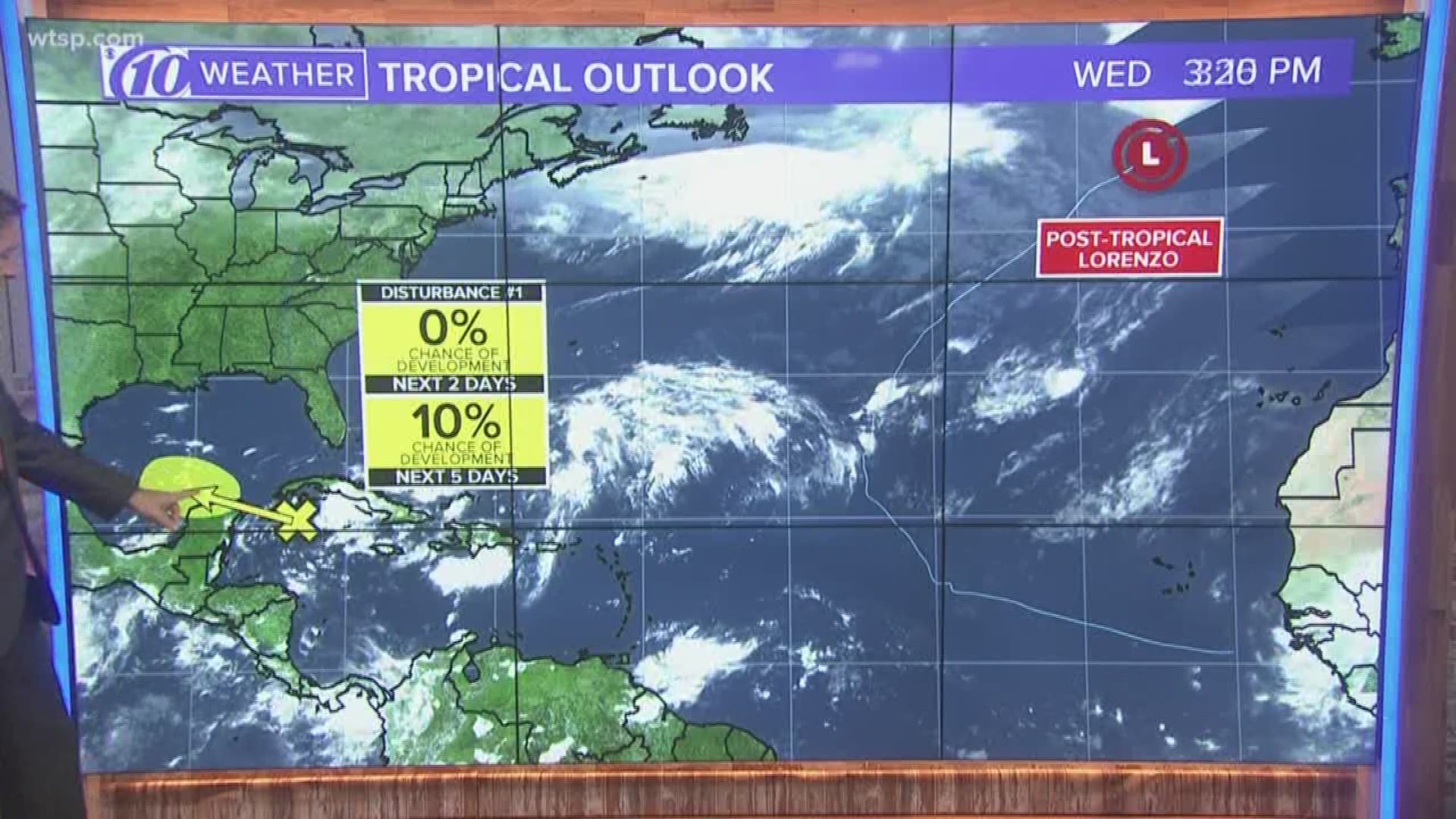 ST. PETERSBURG, Fla. — It's the start of a new month and a renewed look at the tropics: There are two areas worth keeping an eye on in the Caribbean Sea and Atlantic Ocean.

The National Hurricane Center is highlighting two areas of potential development. The overall odds of a couple tropical system forming are not all that great, but there's enough stormy activity out there giving forecasters pause.

First up, the Caribbean, where a big area of low pressure is producing some showers and thunderstorms. This mess of weather is forecast to move to the west-northwest and near the Yucatán Peninsula, reaching the Gulf of Mexico into Friday.

Through the next week, there's a 10-percent chance of tropical development.

TRACK THE TROPICS: 10News is your Hurricane Headquarters

Another area of stormy weather in the Atlantic is located near and east of the southeastern Bahamas. It'll move to the northeast, away from the U.S., with the overall odds of development at 20 percent.

Hurricane Lorenzo, once a Category 5 storm, remains very large over the central Atlantic. Hurricane warnings are in effect for the Azores because of the threat of strong winds.