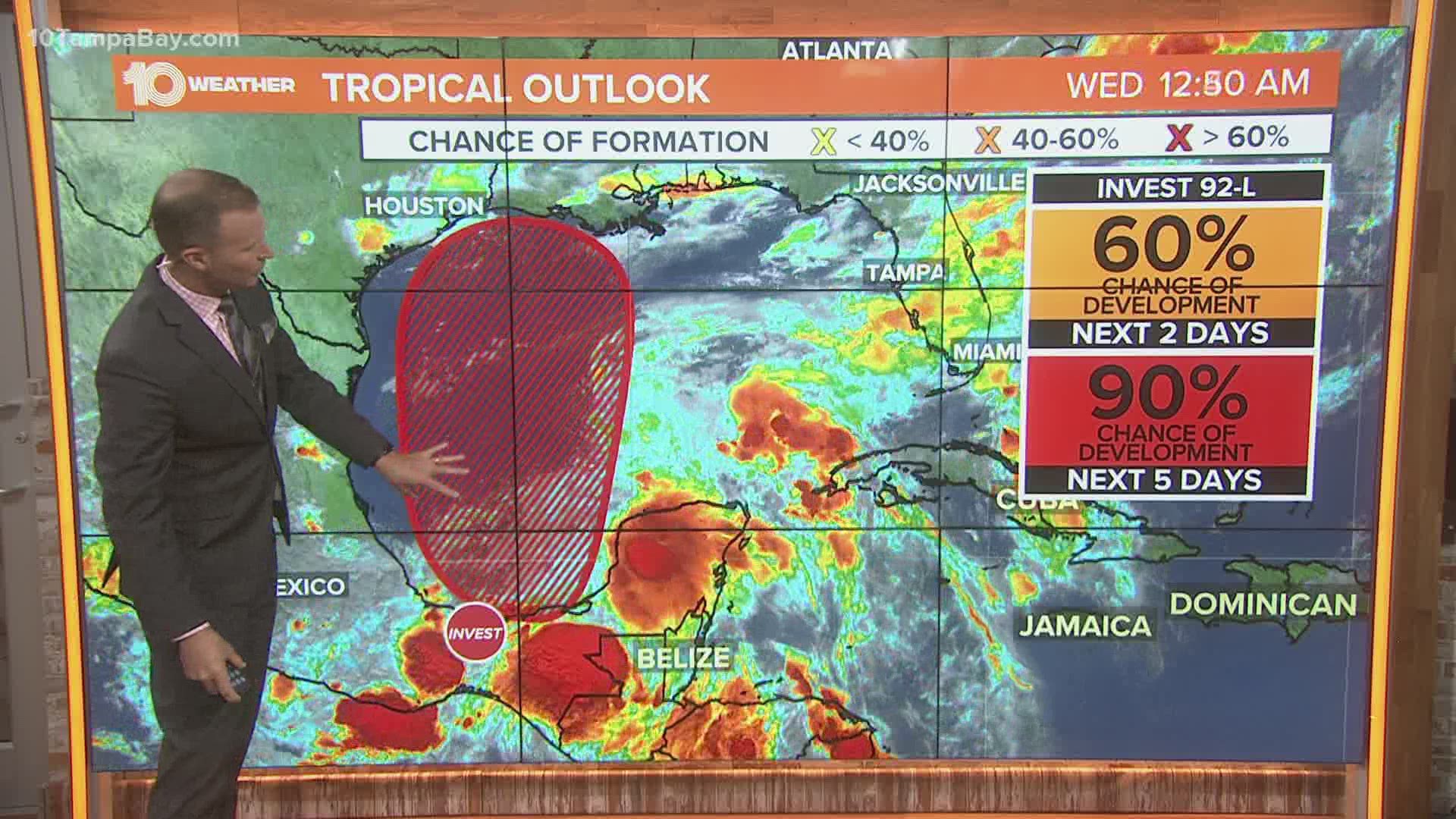 ST. PETERSBURG, Fla. — A disturbance in the Bay of Campeche, named Invest 92-L for now, has been given an 90-percent chance of tropical development within the next five days.

If a tropical storm develops, it will be named Tropical Storm Claudette.

Credit: 10 Tampa Bay
Wednesday morning, the NHC gives Invest 92-L is a 90-percent chance of developing into a tropical depression on named tropical storm within 5 days.

Showers and thunderstorms over the Bay of Campeche are associated with a broad low-pressure area, the NHC said. It adds that the system will move very little Wednesday but will begin to move north by Thursday.

The latest model trends eventually bring the tropical system toward Texas and Louisiana for a Saturday morning landfall, bringing wind and heavy rain.

At this time, Invest 92-L does not appear to be a threat to Florida.

The NHC has been busy this week tracking three disturbances: Tropical Storm Bill, Invest 92-L and Invest 94-L off the African coast in the eastern Atlantic. Invest 94-L, however, now is given a 0-percent chance of development.

Tropical Storm Bill became extratropical and is no longer being tracked by the NHC, as it moves into colder water in the northern Atlantic Ocean.

This would make it an above-average season for the sixth consecutive year.