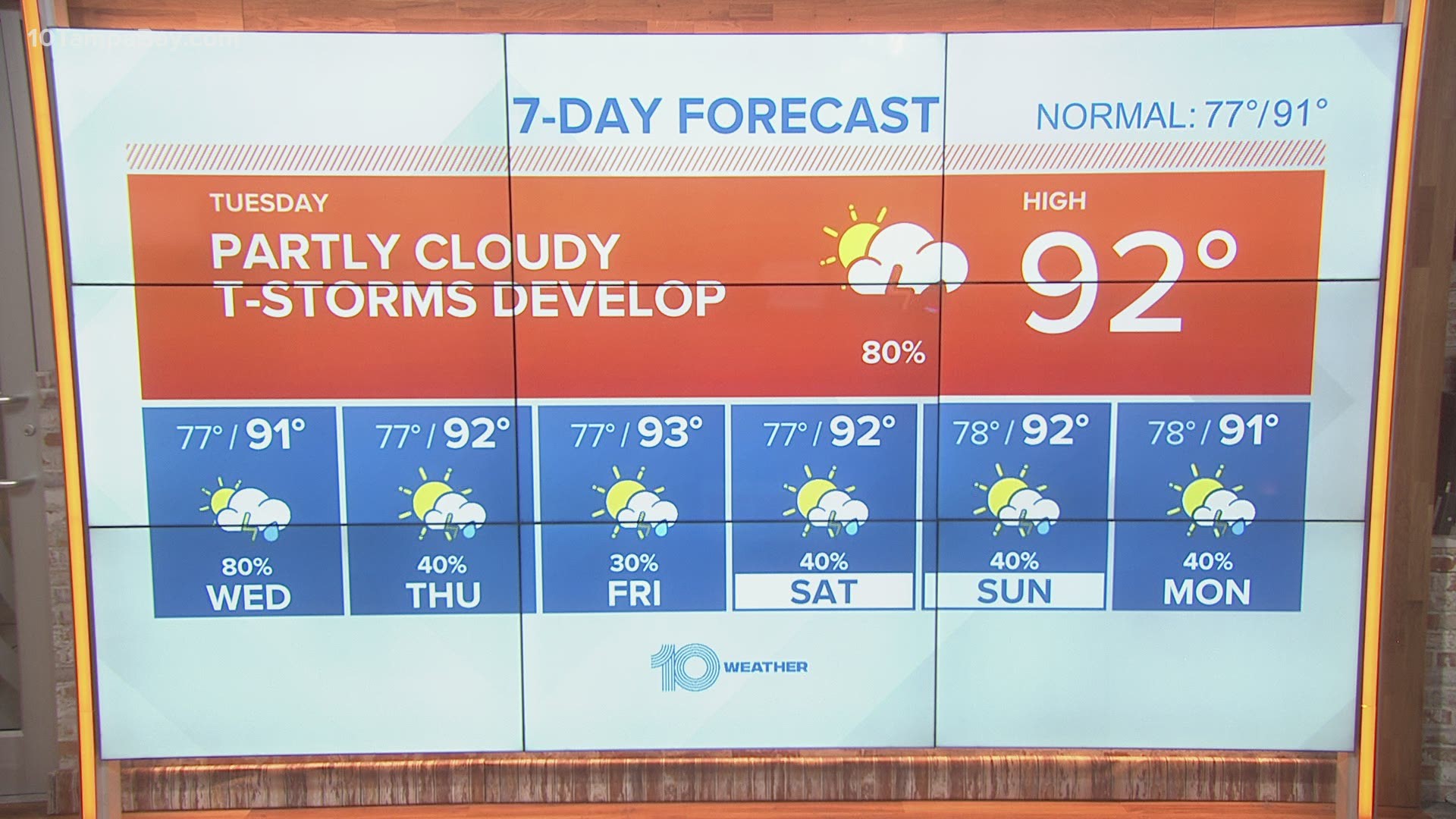 A non-tropical area of low pressure has formed along a decaying frontal boundary hundreds of miles of the coats of Newfoundland.

The system is several hundred miles south-southeast of Cape Race.

The low is producing some showers and storms over the eastern portion of the system.

It has a low chance of development as it drifts south toward warmer water.

It does not pose a threat to Florida.

As temperatures ocean continue to warm the typical areas of tropical development through July are in the eastern Caribbean, off the coast of the Southeast U.S. and in the Gulf of Mexico. This is where water temperatures are generally above 80°F, and wind shear is relatively low. That said, aside from the non-tropical area of low pressure southeast of Newfoundland.

10 Tampa Bay is your Hurricane Headquarters. From getting your hurricane kit together to finding your closest evacuation route, 10 Tampa Bay has it all.

You can also download the free 10 Tampa Bay app to get alerts sent straight to your phone if a storm is heading this way.