Hurricane season runs from June 1 to Nov. 30, so now is the time to be prepared. 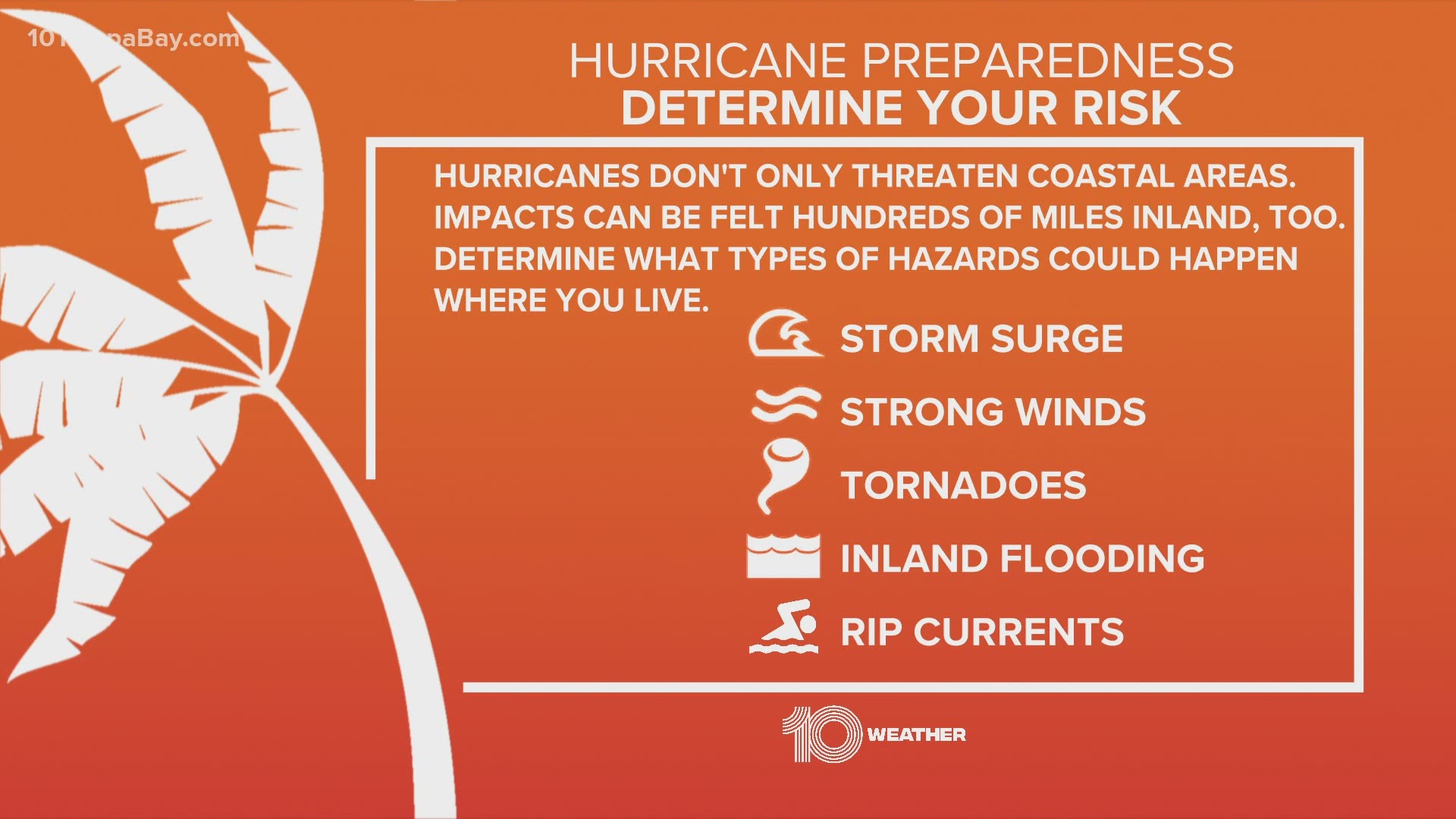 ST. PETERSBURG, Fla. — Last fall's Tropical Storm Eta was a bit of a wake-up call for the Tampa Bay area. Although the storm was miles away from shore, it still brought storm surge flooding along the coast and into downtown Tampa.

That flooding threat could be much worse with a stronger hurricane and one that makes landfall in the bay area.

It's not the wind that's the greatest killer during hurricanes, it's the storm surge. And it's critically important to get out of harm's way if warnings are issued.

Do you know where in the county you live or better yet, do you know your evacuation zone?

The Florida Division of Emergency Management has a county-by-county list of evacuation zones by letter. Should an evacuation be ordered, Zone A will be the first to be announced -- it's for areas right along the coastline and most susceptible to storm surge flooding.

If, for example, an evacuation was ordered for Zone E, everyone living in Zones A-E is told to evacuate. This would be a worst-case scenario. See the county maps below to find your zone and the nearest major evacuation route.

You'll want to pay attention to 10 Tampa Bay and local emergency management before and during the storm to learn what areas are being evacuated and, if necessary, where storm shelters will open.

The 2021 Atlantic hurricane season officially begins June 1. Pre-season forecasts indicate we could be dealing with, once again, an above-average year.