The National Hurricane Center will be keeping an eye on it, though, giving it a 30-percent chance of development. 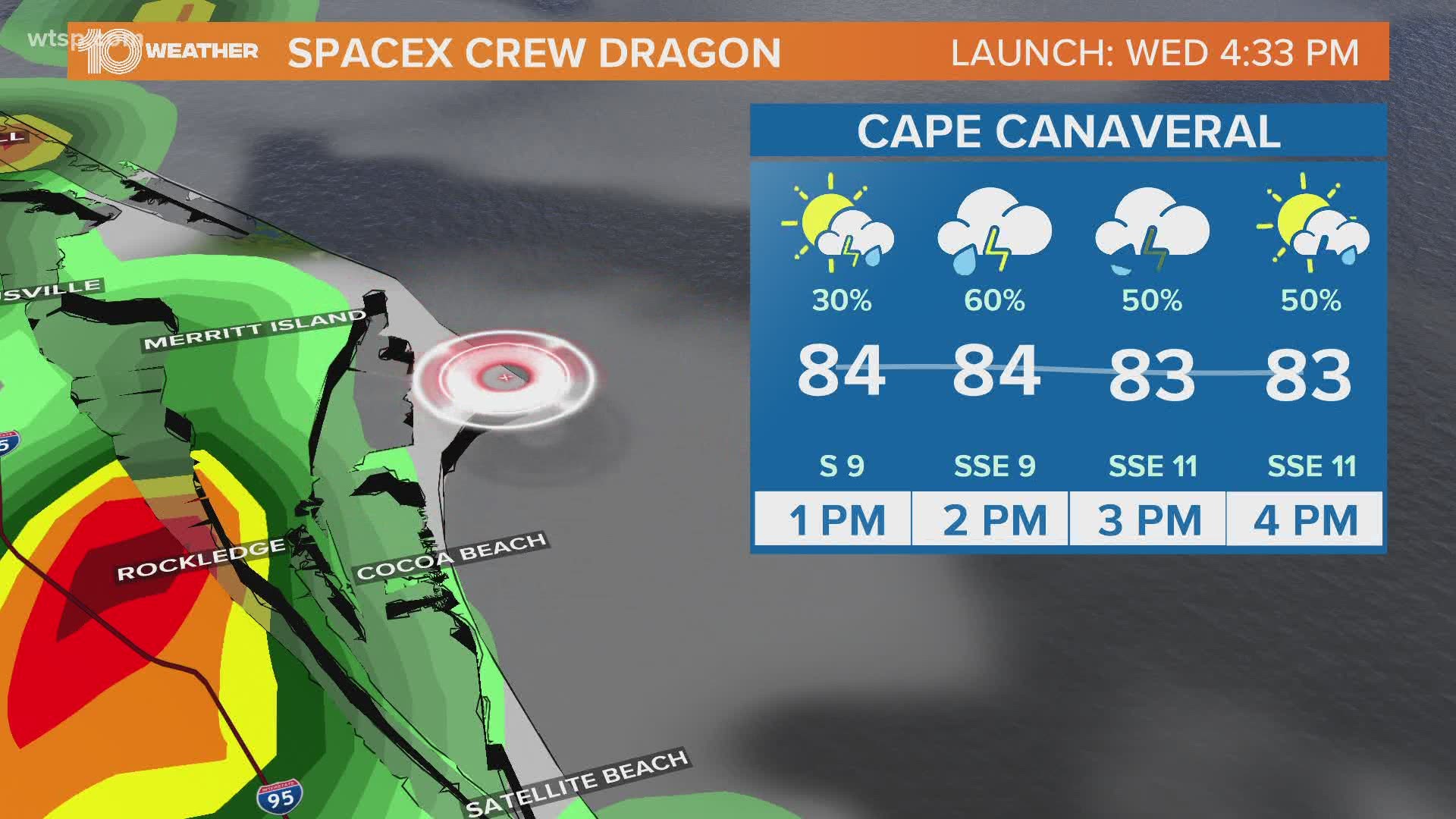 ST. PETERSBURG, Fla. — Showers and thunderstorms located over extreme northeastern Florida, the adjacent Atlantic waters and the northwestern Bahamas are associated with an elongated surface trough interacting with an upper-level disturbance.

Although a weak surface low has formed within the trough near Orlando, little if any further development of this system is expected due to land interaction,
strong upper-level winds and an abundance of dry air in the mid-levels of the atmosphere.

The broad disturbance is forecast to move northward today and Wednesday, remaining inland or near the coasts of northeastern Florida and Georgia.

The National Hurricane Center will be keeping an eye on it, though, giving it a 30-percent chance of development.

Regardless of development, heavy rainfall could cause flash flooding over portions of the Carolinas on Tuesday and Wednesday.

Gusty winds could also produce rough marine conditions and life-threatening surf and rip currents along the coasts of northeastern Florida, Georgia and the Carolinas through Wednesday.

This system, regardless of tropical development, will continue to be watched for Wednesday's historic SpaceX and NASA crewed launch from Cape Canaveral. Good weather needs to be in the forecast and, so far, it could be better: Conditions currently are 60-percent "go" for launch.