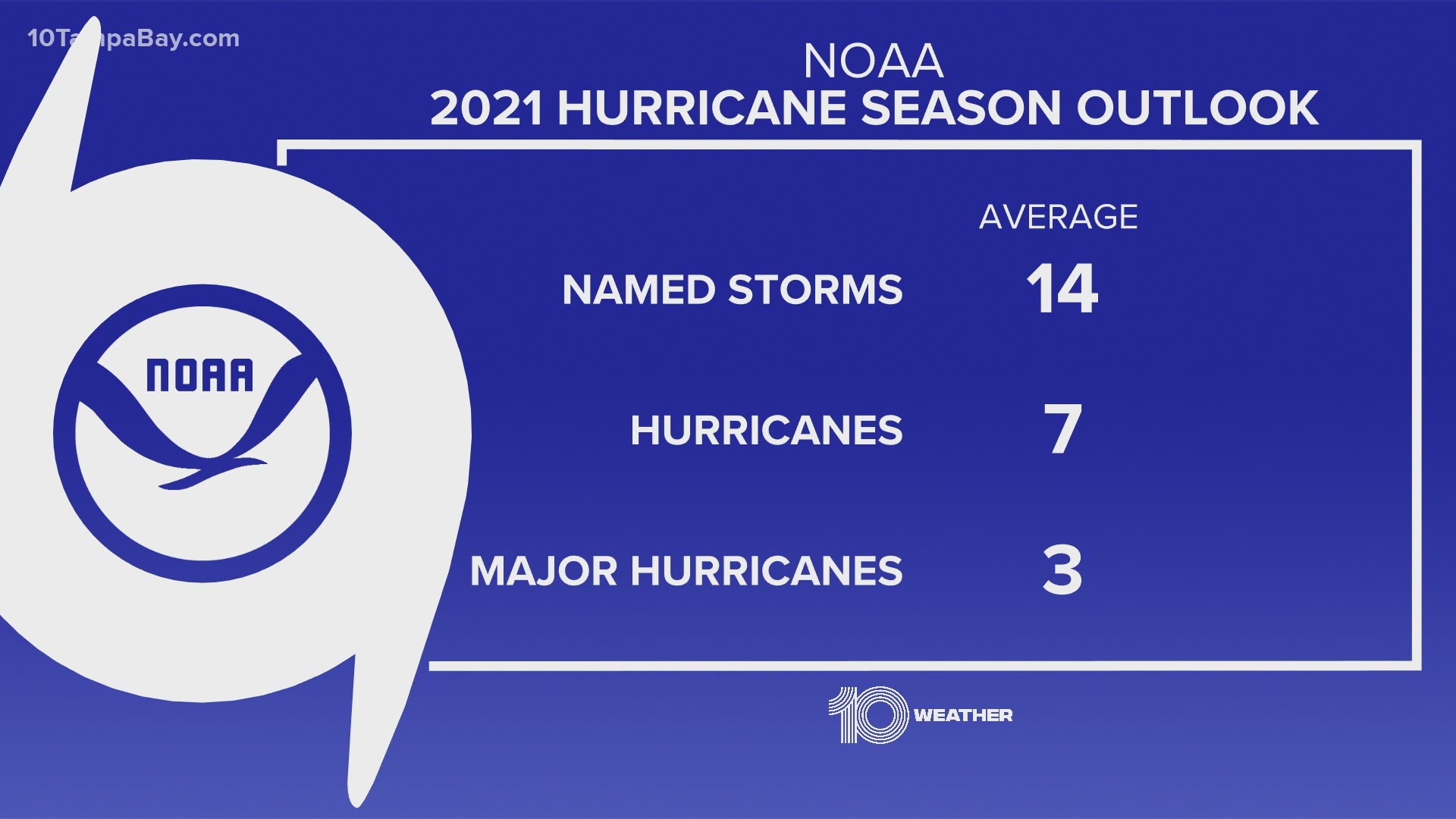 TAMPA, Fla. — On Thursday, the National Oceanic and Atmospheric Administration released its outlook for the 2021 Atlantic hurricane season.

NOAA forecasters predict a 60% chance for an “above-normal” hurricane season, and a 30% chance for a near-normal season. The May forecasts calls for 13-20 named storms with 3-5 of them being major hurricanes and 6-10 hurricanes.

That's up from the previous Atlantic storm averages, based on the period from 1981 to 2010, which were 12 named storms and six hurricanes.

NOAA updated those averages this year. The new average comes as NOAA’s Climate Prediction Center moves on to using 1991-2020 as the new 30-year period of record instead of 1981 to 2010.

The National Hurricane Center determines a storm's danger potential by assigning a category to the storm between 1 and 5, based on the Saffir-Simpson Hurricane Wind Scale, which estimates potential property damage based on the storm's sustained wind speed.

Hurricanes above a Category 3 are considered major hurricanes because of their potential for devastating damage, according to the NHC.

Keep in mind, the category assigned to a storm does not take into account potential damage that could be brought on by storm surge or flooding.

RELATED: What do the hurricane categories mean?

Regardless of how many storms develop, it only takes one storm to make the season “active” for any community that gets hit. Hurricane season runs from June 1 to November 30.

Routine outlooks at the National Hurricane Center began May 15th, which is new this year.

After six straight years of Atlantic tropical cyclones forming before the June 1 start of hurricane season, the National Weather Service gave the OK to begin issuing routine tropical weather outlooks. They will now be issued daily moving forward through the end of November, at 2 a.m., 8 a.m., 2 p.m. and 8 p.m.