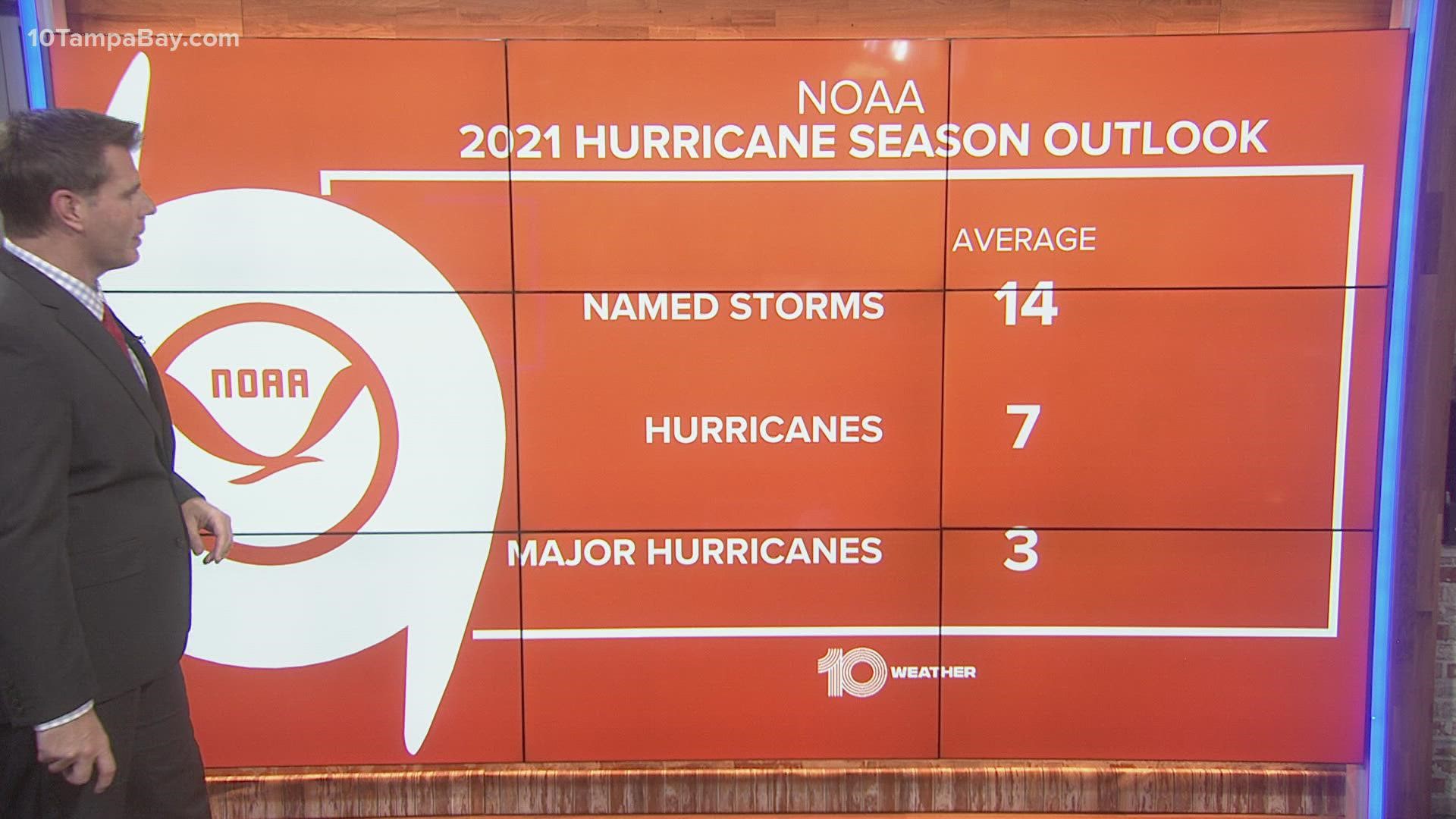 MIAMI — It's a good thing there's a bit of the lull in the Atlantic hurricane season right now — it gives people time to prepare for what could be to come.

The National Oceanic and Atmospheric Administration on Wednesday announced its mid-season update, predicting the season "shows no signs of slowing."

The update includes the five named storms that already have developed so far this season, including Hurricane Elsa — the earliest fifth named storm on record.

NOAA says Atlantic sea surface temperatures likely will not get as warm as they were last year, but an enhanced west Africa monsoon will help to get systems moving into the Atlantic. There also is less vertical wind shear that would otherwise help to disorganize a developing tropical system.

"A mix of competing oceanic and atmospheric conditions generally favor above-average activity for the remainder of the Atlantic hurricane season, including the potential return of La Nina in the months ahead," said Matthew Rosencrans, lead seasonal hurricane forecaster at NOAA’s Climate Prediction Center, in a statement.

The National Hurricane Center currently is monitoring some tropical disturbances in the Atlantic, all with a low chance of development. They also do not pose an immediate threat to the Tampa Bay area.

But that development and this latest forecast should serve as a reminder to be prepared. Peak hurricane season runs from mid-August to October, with the next name on the list is Fred.

Hurricane season officially comes to an end on Nov. 30.