Flooding ongoing in North Port but is less of a concern

Nearly 11 inches of rain were dumped across the area in just a matter of hours. 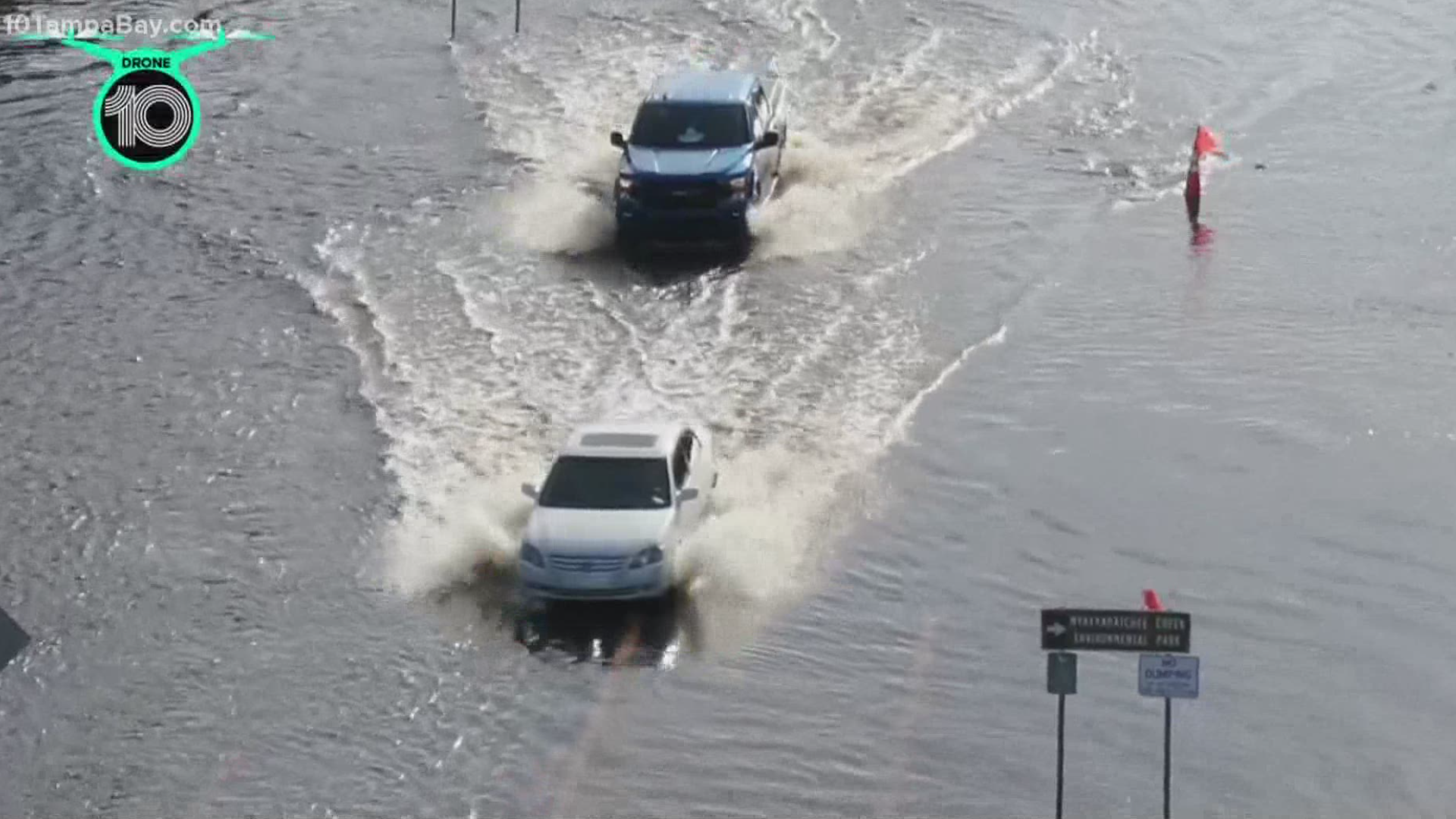 City officials say they're cautiously optimistic about ongoing flooding after Hurricane Elsa dumped a tremendous amount of rain across a localized area. For now, water levels are slowly going down.

The storm was less of a wind maker and more so of a soaker as it brought just under 11 inches of rain to parts of Sarasota County, according to the National Weather Service. Just hours after the storm departed, the city announced several roadway closures because of high water.

There have been no reports of water intrusions into homes as crews toured the Myakkahatchee Creek corridor Saturday morning, officials said.

Several people who got caught in flood water were helped Friday, including one who got stuck early Saturday morning. Drivers always are warned not to enter a water-covered roadway as it's very difficult — if not impossible — to tell its depth.

Some heavy rain fell across the area Saturday night and there was an uptick in water levels, however, it was not significant, officials said in an update. It could take about a week to see improvement on roads that remain flooded.

"Every area will be different. We understand that residents in the impacted areas are tired, frustrated, and over this situation. Right now, we are waiting for mother nature to flow," the city said in a statement.

The city's call center at 941-429-7169 currently is closed but still will provide the latest information on the flooding situation, officials said.