There are 3 disturbances Hurricane Center forecasters are watching

One system could develop into a tropical depression or storm during the next day or two.

ST. PETERSBURG, Fla. — There's usually a bit of an uptick in tropical activity toward the middle of October, and this season might not be an exception.

The National Hurricane Center is watching three areas of disturbed weather in the Atlantic Ocean and all have the potential to become a subtropical or tropical cyclone during the next several days. Thankfully, the overall odds of development aren't all that high, and the overall impacts on the U.S. appear limited.

One area of concern is a couple of hundred miles southeast of Charleston, South Carolina, and already is producing tropical-storm-force winds. Hurricane Center forecasters say the only strike against this system developing is strong upper-level winds.

If those weaken, it could become a tropical depression or storm into Wednesday -- and the odds of doing so are about 40 percent.

It would be named Melissa if it intensifies to become a tropical storm. 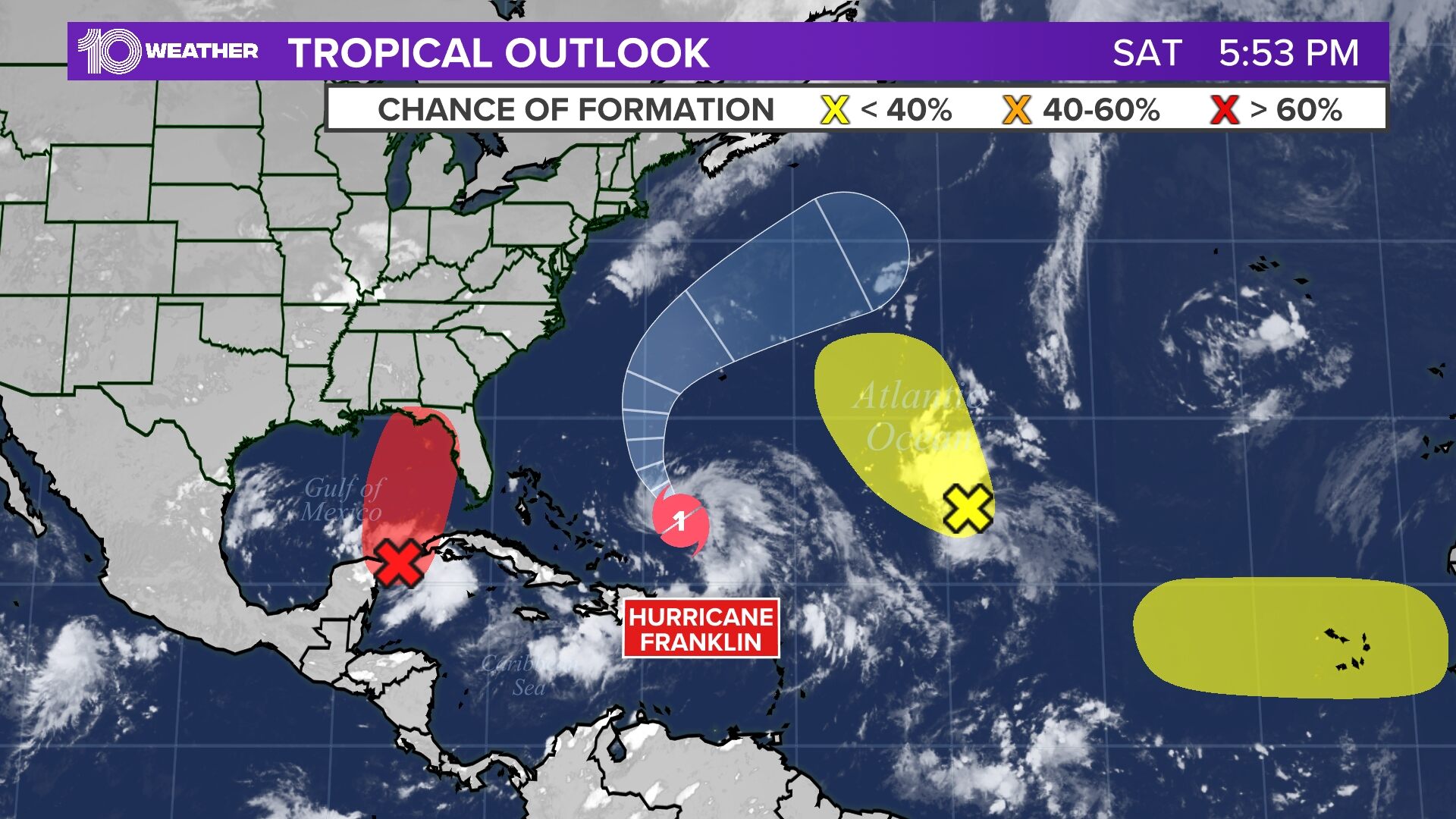 Another area of disturbed weather off the mid-Atlantic coast is forecast to ride up the East Coast. The overall chance of development is low through the end of the week; but regardless, forecasters expect strong winds, high surf and flooding possible into New England.

The last disturbance is out in the middle of the Atlantic between Bermuda and the Azores. It could develop in the next day or two, but the environmental conditions become unfavorable late Wednesday.

The chance of cyclone formation is about 40 percent.

YouTube: This hurricane season, 10News is your Hurricane Headquarters