These are the most intense storms ever to hit Florida

There's no other place in the U.S. that knows hurricanes better than the Sunshine State. 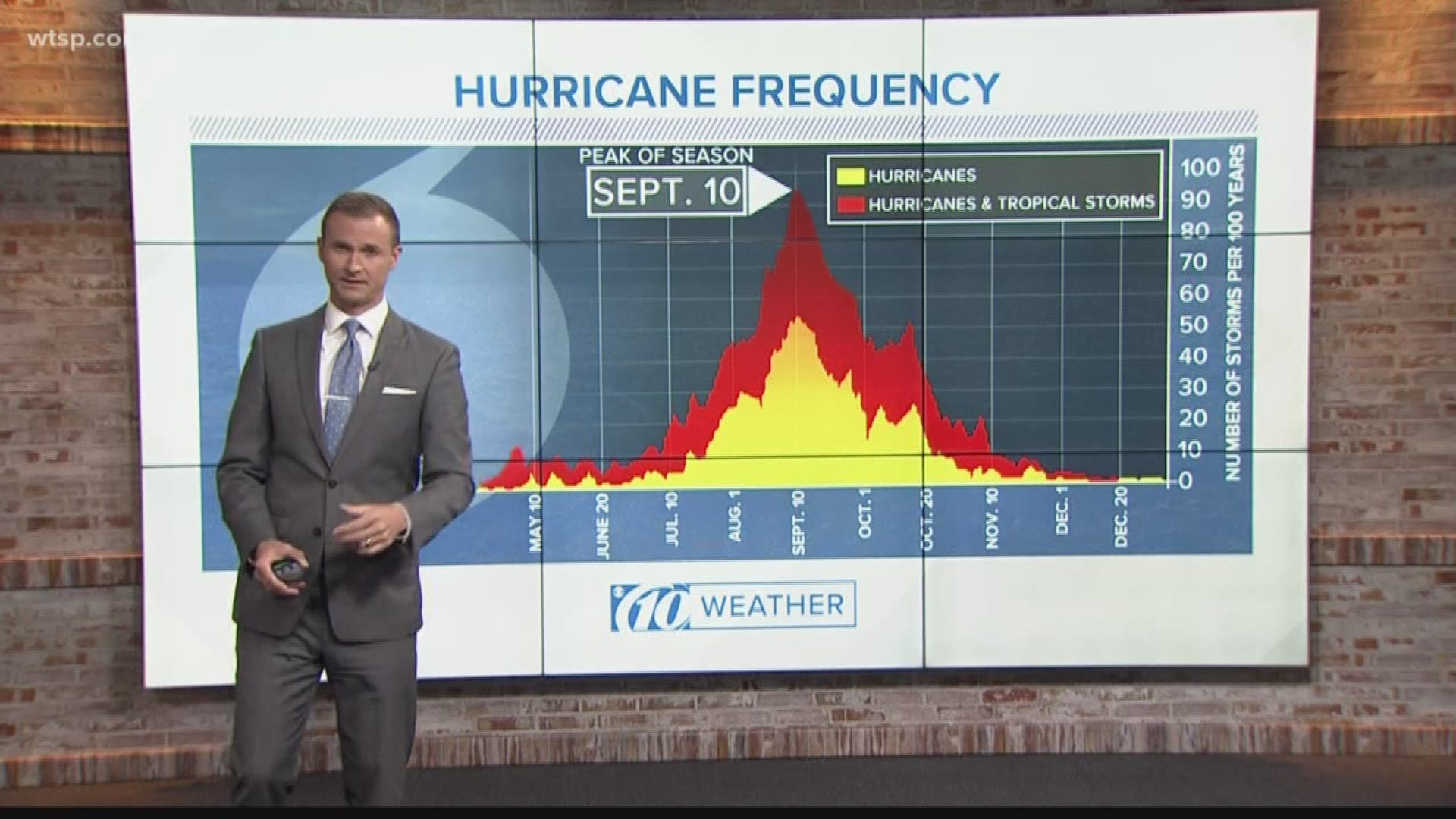 ST. PETERSBURG, Fla. — The hurricane capital of the United States? That unwanted honor goes to the state of Florida.

It kind of sticks out like a sore thumb, just look at a map: Cyclones moving east to west across the Atlantic Ocean have a huge landmass in front of them. When storms tend to originate in the Caribbean Sea during the fall, steering currents tend to send them in Florida’s direction.

More storms hit the state than anywhere else in the country. And sometimes, they can be quite powerful.

Here’s a rundown of the most intense storms ever to strike Florida, based upon landfall pressure:

Before hurricanes were given names in 1954, this one would be remembered for its devastation about the time of the Labor Day holiday.

NOAA said it underwent “phenomenal strengthening” after forming east of the central Bahamas. By the time it made it to the Florida Keys and decimated the region, it was a Category 5 storm with a central pressure of 892 mb.

Think of pressure in this way: When high pressure is overhead and it’s a sunny day, the barometer could read something higher than 1010 mb or so. Anything less signals low pressure, bad weather is on the way.

About 408 deaths were noted across the Florida Keys.

This one remains fresh in the minds of many Floridians. Upgraded to a Category 5 storm with 160 mph winds post-landfall, Michael is the strongest hurricane ever to hit the Panhandle.

National Weather Service forecasters never dealt with a system like this before. They noted they needed to use extreme verbiage – such as UNPRECEDENTED EVENT UNFOLDING – to encourage the public to get out.

It had a central pressure of 919 mb at landfall. The National Hurricane Center ties the storm directly to 16 deaths, with 43 more indirectly (caused by post-storm cleanup, traffic crashes and other factors).

Before Michael, Hurricane Andrew was Florida’s storm of note. And like Michael, later assessments would reassign it as a Category 5 system with 175 mph winds.

Hurricane Andrew and its ferocious gusts blew through Miami-Dade County just before 5 a.m. Aug. 24, 1992. The storm was, for many years, was the costliest U.S. natural disaster only to be passed by several names since: Katrina, Harvey, Sandy and Irma.

In reaction to the storm, state lawmakers implemented new building codes requiring everything – from the roof on down – to pass hurricane-force wind testing.

Its central pressure at landfall was 922 mb.

RELATED: Not Up to Code: Can Florida build better homes to withstand hurricanes?

Credit: ANDREW ITKOFF/AFP/Getty Images
A sign in front of a house in the Cutler Ridge area damaged by Hurricane Andrew reads 'We will survive' 26 August 1992. Hurricane Andrew left more than 50,000 people homeless and caused billions of dollars of damage.

The Florida Keys: Beautiful but in the most unfortunate location when it comes to land falling hurricanes.

This storm reached hurricane strength by the time it reached the eastern Bahamas and would intensify further to what would be a modern-day Category 4 storm over the Keys.

Its central pressure was 927 mb.

The Hurricane Center considers this one a “classic”: A storm that formed way out in the eastern Atlantic Ocean and made the long trek over to the U.S.

It slammed Puerto Rico on Sept. 13 as a Category 4, only to target Palm Beach, Florida, on Sept. 16. NHC says there are no reliable wind readings from where it made landfall, but its central pressure was 929 mb.

The loss of life was extensive: 1,836 people were killed in Florida, mainly from a 6-9 foot storm surge on Lake Okeechobee that flooded the area.