Another tropical wave moving into the Gulf of Mexico has a chance for gradual development. 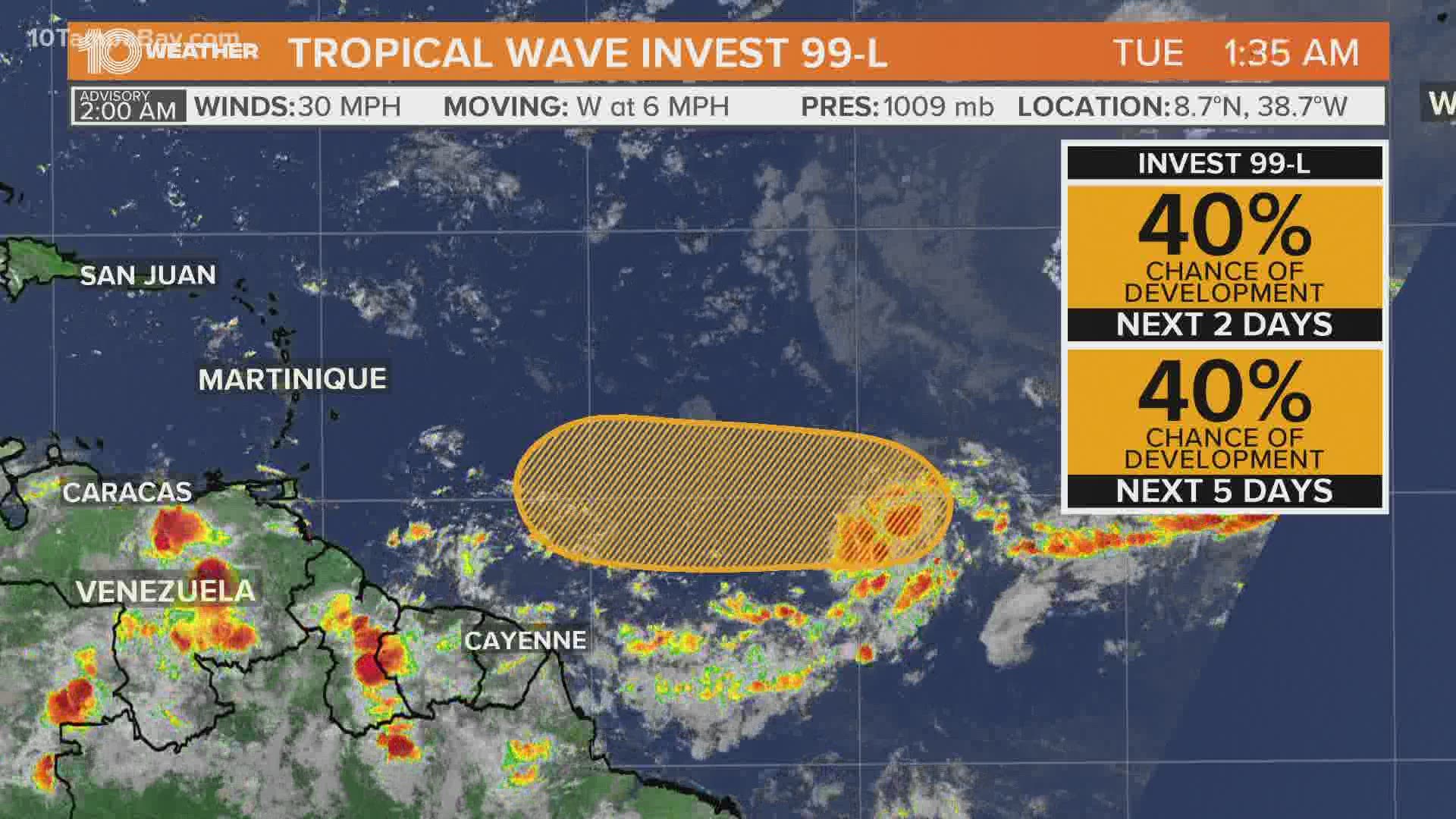 ST. PETERSBURG, Fla. — The 2020 hurricane season got off to a quick start with six named storms by early July, but since then the tropics have been relatively quiet.

That is until now, where there are currently two disturbances worth watching.

As of Tuesday afternoon, the first tropical disturbance was located right in the middle of the Atlantic in between Africa and the Caribbean. This disturbance, now Tropical Depression Seven, continues to organize.

It is forecast to move westward around 10 mph but by the weekend, less favorable conditions should limit further development.

A system is labeled an invest when forecast agencies would like more resources dedicated to monitoring the system. This initiates special satellite monitoring and specialized forecast models.

A system being named an invest does not mean there is a higher probability of development.

The second tropical disturbance is much closer to the United States and is producing relatively disorganized showers and thunderstorms over much of Cuba, the central and northwestern Bahamas, southern Florida, and the adjacent Atlantic and Caribbean waters.

Tropical moisture from this system will push into Tampa Bay Tuesday and produce a better chance for more widespread showers and storms through the afternoon into the early evening hours.

As the system moves into the Gulf of Mexico and tracks west-northwest into the western Gulf it will have a chance for gradual development. Right now, the chance it becomes a tropical cyclone is 40 percent.

RELATED: Tracking the tropics: Development possible in the Gulf

RELATED: Could a tropical system develop in the Gulf of Mexico next week?

RELATED: How to see Comet NEOWISE and the International Space Station in tonight's sky