What to know about Invest 96-L

Storm has 50% chance of further development but no impact to Florida. 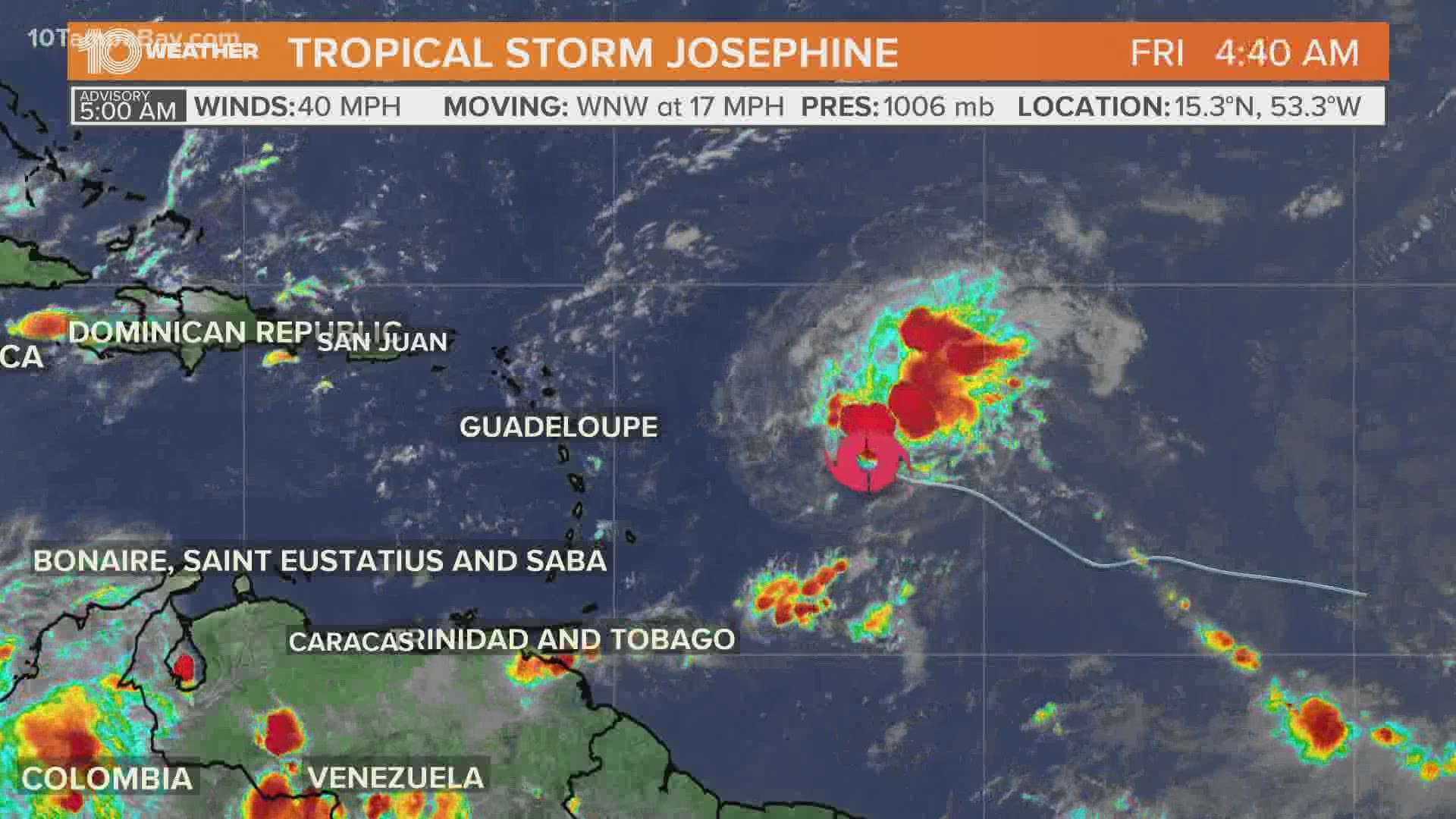 If Invest 96-L becomes a named tropical storm, the next name on the 2020 Atlantic Hurricane Names List is Kyle. The earliest 11th Atlantic named or "K" storm formation on record is Katrina on August 24, 2005.

Hurricane Katrina was a Category 5 tropical cyclone that occurred in August 2005, which caused over 1,200 deaths and $125 billion in damage, particularly in the city of New Orleans.

Spaghetti models are in general agreement that Invest 96L will move east-northeastward across over the open Atlantic.

The storm does not pose a threat to Florida.

An invest is simply short for "investigative area." It’s also known as an area of interest. It is a designated area of disturbed weather that is being monitored for potential tropical cyclone development.

Once the National Hurricane Center declares an investigative area, spaghetti models are run on the system to project the future track possibilities.

Numbers are rotated within the season and are re-used as necessary (the next invest after 99 would be numbered 90).

This naming system gives forecasters a way of identifying the individual weather systems and the important information related to it. Also, when there multiple tropical disturbances, it is easier for meteorologists to communicate what invest they are talking about.

The designation of a system as an invest does not necessarily correspond to any particular likelihood of development of the system into a tropical cyclone.