Tropical Storm Laura is the eleventh named storm of the 2020 Atlantic hurricane season. 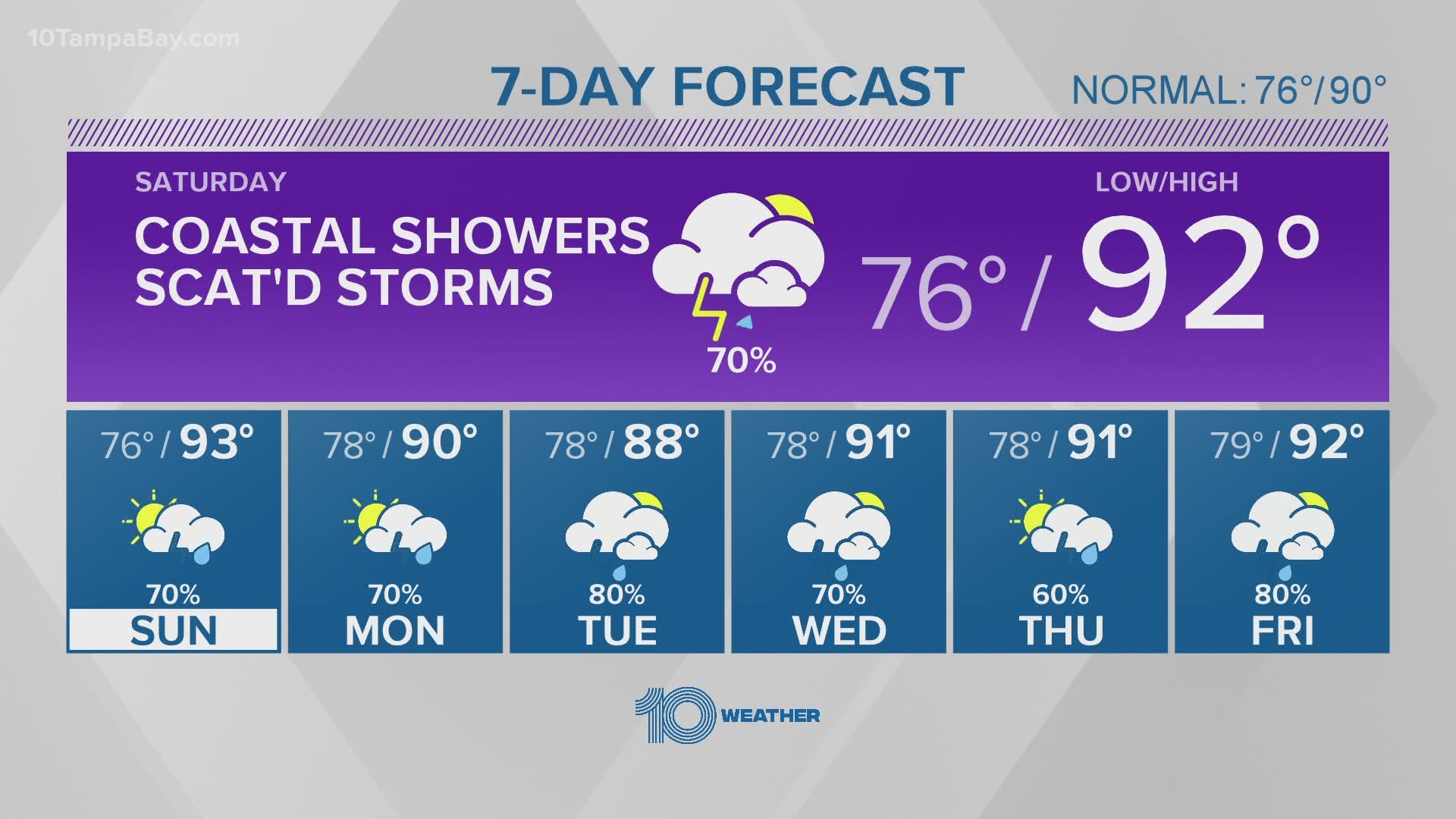 Previous story below from before it became a tropical storm:

The active hurricane season of 2020 continues as we enter the peak over the next month and a half: Tropical Depression 13 formed late Wednesday evening.

The tropical depression is forecast to strengthen into a tropical storm by the weekend. Then, it is forecast to reach hurricane strength early next week as it moves toward Florida.

There have already been 11 named storms this year.

The 10 Tampa Bay weather team is monitoring this depression closely. The National Hurricane Center has much of Florida, including the Tampa Bay area, in the forecast cone.

This means Florida is in the possible path of the storm's center.

Tropical Depression 13 currently is located about 305 miles east of the northern Leeward Islands. It's moving west-northwest at 21 mph and producing maximum sustained winds around 35 mph.

A tropical storm watch is now in effect for the U.S. Virgin Islands, Puerto Rico, Vieques and Culebra, British Virgin Islands, Saba and St. Eustatius, St. Maarten, St. Martin, St. Barthelemy, Antigua, Barbuda, St. Kitts, Nevis and Anguilla,the Acklins, Crooked Island, Long Cay, the Inaguas, Mayaguana, and the Ragged Islands, as well as for the Turks and Caicos Islands. That means tropical storm conditions are possible in those areas within the next two days.

Tropical Depression 13 is forecasted for gradual strengthening and is likely to become a tropical storm by the weekend. It could produce 3-6 inches of rainfall over Puerto Rico and the Virgin Islands through Sunday.

The second system we're monitoring is Tropical Depression 14, which formed Thursday morning as it moves west through the Caribbean. The system is forecast to strengthen into a tropical storm by Friday.

The center of the storm is expected to cross the Yucatan Peninsula Saturday night and move into the south-central Gulf of Mexico on Sunday, according to the latest advisory from the National Hurricane Center.

There is also a third area of disturbed weather with a medium chance of development at this time. It is located over Guinea, Africa, and has a 50-percent chance of developing over the next five days.

We are heading toward the peak of hurricane season, and 10 Tampa Bay wants you to be prepared. Head to your Hurricane Headquarters at 10TampaBay.com/tropics for everything you need to know.