Tropical Depression Ten forms off the coast of Africa

The storm is expected to be short lived and pose no threat to Florida. 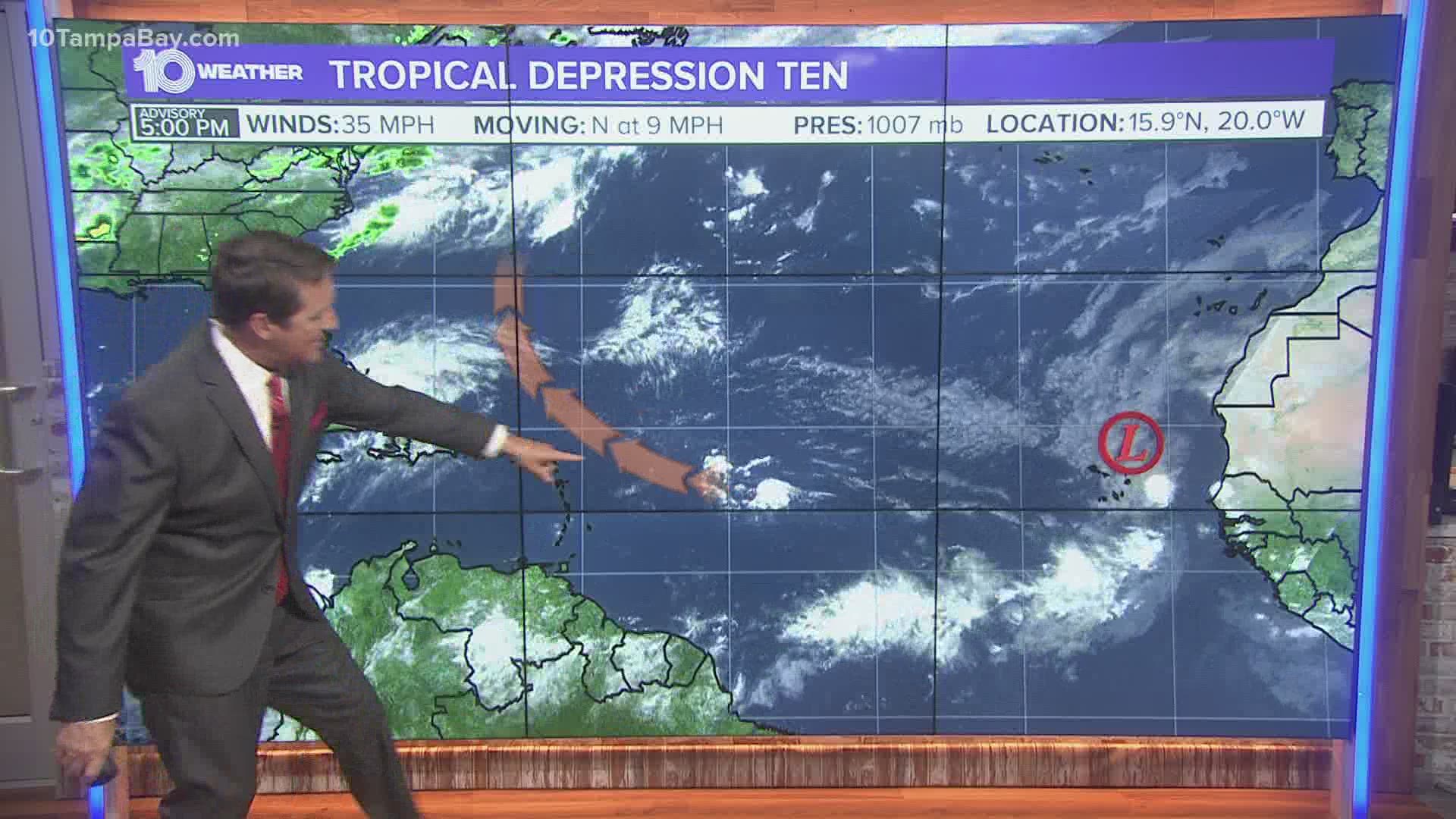 ST. PETERSBURG, Fla — Tropical Depression Ten (TD10) has formed about 200 miles off the coast of Africa. TD10 is forecast to become a tropical storm by tomorrow morning.

However, the storm is expected to be short lived as it moves into an unfavorable area by tomorrow night. With this forecast, the storm should pose no threat to Florida.

The National Hurricane Center (NHC) has given the depression a 50 percent chance of development. If it does become a named storm, it will become Tropical Storm Josephine. The earliest Atlantic "J" storm on record is Tropical Storm Jose on August 22, 2005.

Tropical Depression Ten emerged behind Hurricane Isaias on July 30 as Invest 93L, at the time, the NHC gave it a 50 percent chance of development within 48 hours.

RELATED: Hurricane Isaias no longer forecast to strengthen into a Category 2 storm

NHC will initiate advisories on Tropical Depression Ten, located about 200 miles west of the coast of Africa at 8pm CVT (2100 UTC).