The earliest "J" named storm on record will have no impact on Florida. 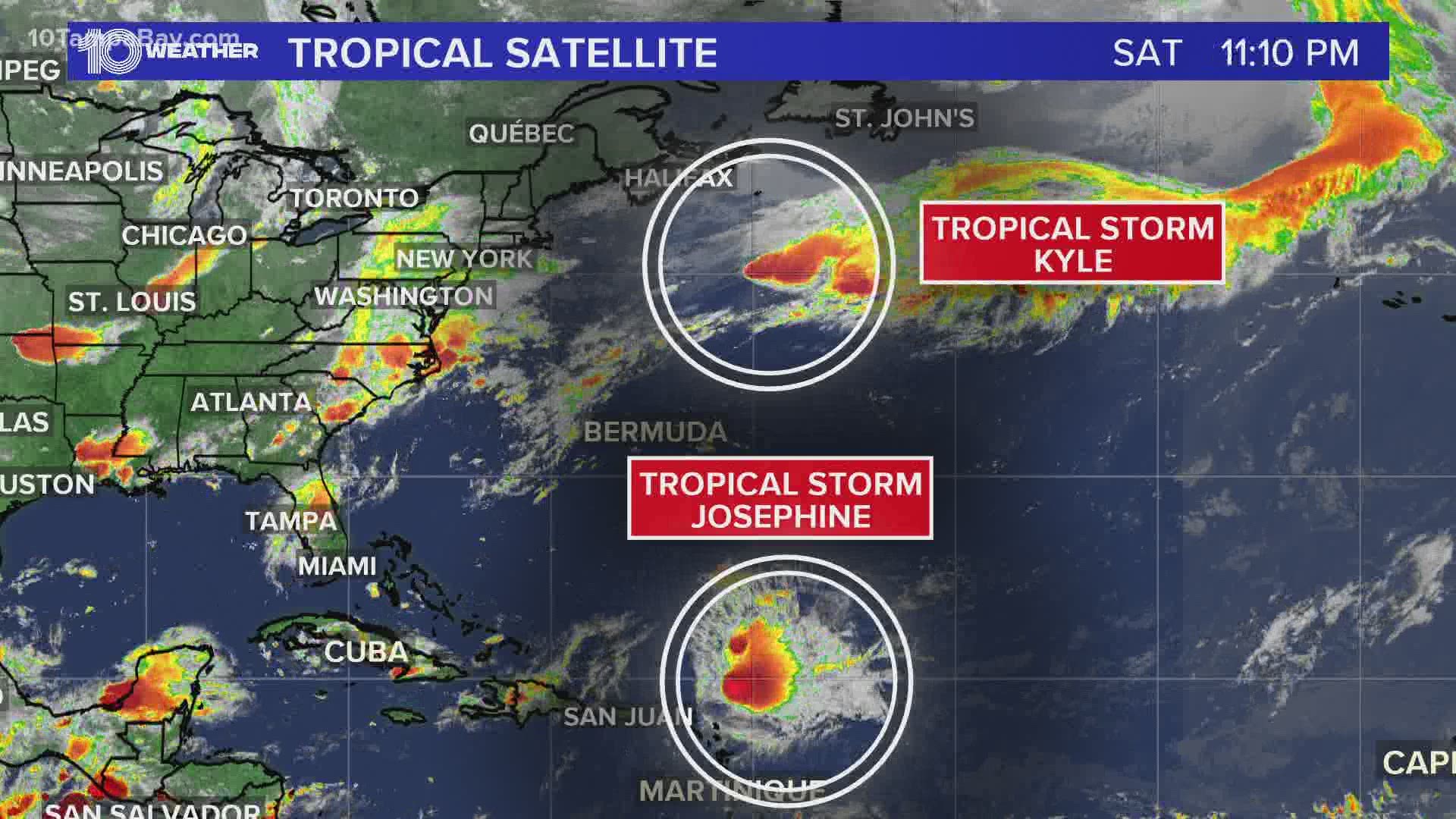 The National Hurricane Center reports on its 11 a.m. Sunday update that Josephine continues to lose organization while passing just north of the Virgin Islands. This system continues to move west-northwest at 13 mph with maximum sustained winds of 35 mph.

The forecast track takes the storm just north of the Caribbean islands and eventually turns it northeast away from Florida, and towards Bermuda.

Josephine may overall be a short-lived storm. As expected, it is moving into increasingly unfavorable conditions with strong wind shear, causing this system to lose its strength.

Josephine does not pose a threat to the U.S. And, there are currently no coastal watches or warnings in effect.

NOAA predicts an "extremely active" 2020 hurricane season for the Atlantic Basin, with as many as 25 named storms forming.

We are heading toward the peak of hurricane season and 10 Tampa Bay wants you to be prepared. Head to your Hurricane Headquarters at 10TampaBay.com/tropics for everything you need to know.