Nicholas made landfall as a Category 1 storm on the eastern part of the Matagorda Penisula, about 10 miles west-southwest of Sargent Beach, Texas. 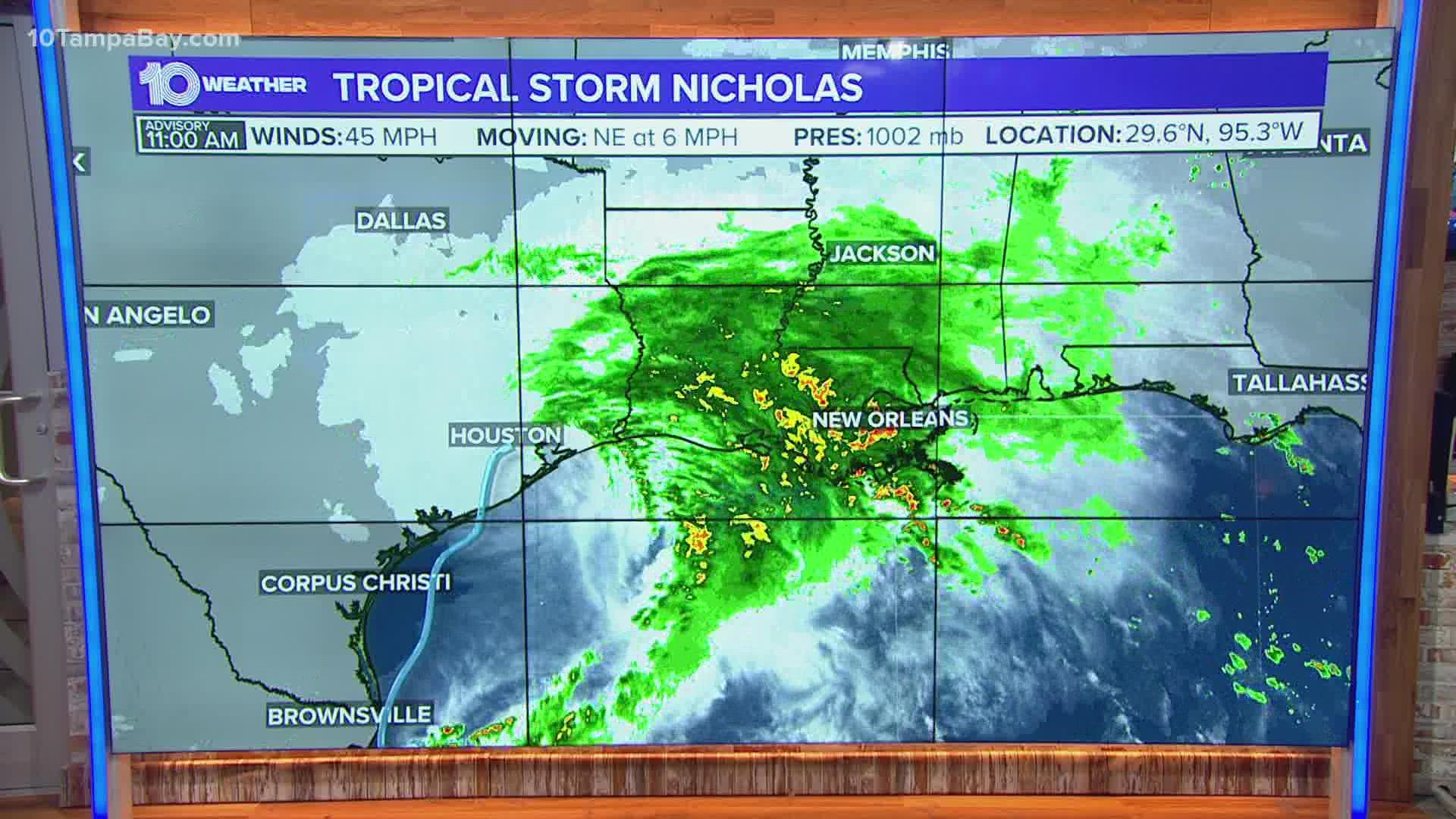 ST. PETERSBURG, Fla — As Nicholas continues to move inland across Texas, the storm has weakened slightly to a strong tropical storm.

Nicholas made landfall as a Category 1 storm along the Texas coast around 1:30 a.m. ET Tuesday on the eastern part of the Matagorda Penisula, about 10 miles west-southwest of Sargent Beach, Texas, bringing heavy rain, high winds and dangerous storm surge.

As of the 5 a.m. Tuesday advisory from the National Hurricane Center, the storm is packing maximum sustained winds of 70 mph with higher gusts and is moving north-northeast at 9 mph. It is currently about 30 miles south-southwest of Houston, Texas.

Nicholas formed as a hurricane near the Texas coastline Monday.

The storm is no threat to Florida. However, the center of the storm is expected to move slowly over southeastern Texas Tuesday and by Wednesday move over southwestern Louisiana.

Further weakening is expected throughout Tuesday and Nicholas is likely to become a tropical depression by Wednesday.

These are the following watches and warnings issued as of now, per NHC:

Heavy rainfall is expected to impact middle and upper Texas coastal areas through the middle of the upcoming week, where 6-12 inches of rain could fall, and isolated amounts up to 18 inches are possible.

Nicholas also brings the threat of life-threatening storm surge for the Texas coast, where 1-2 feet are possible from the mouth of the Rio Grande River to Baffin Bay.

Nicholas is the 14th named storm of the 2021 hurricane season. The next names up are Odette and Peter.