It's expected to turn toward the east-northeast away from the U.S. before becoming post-tropical by Saturday night. 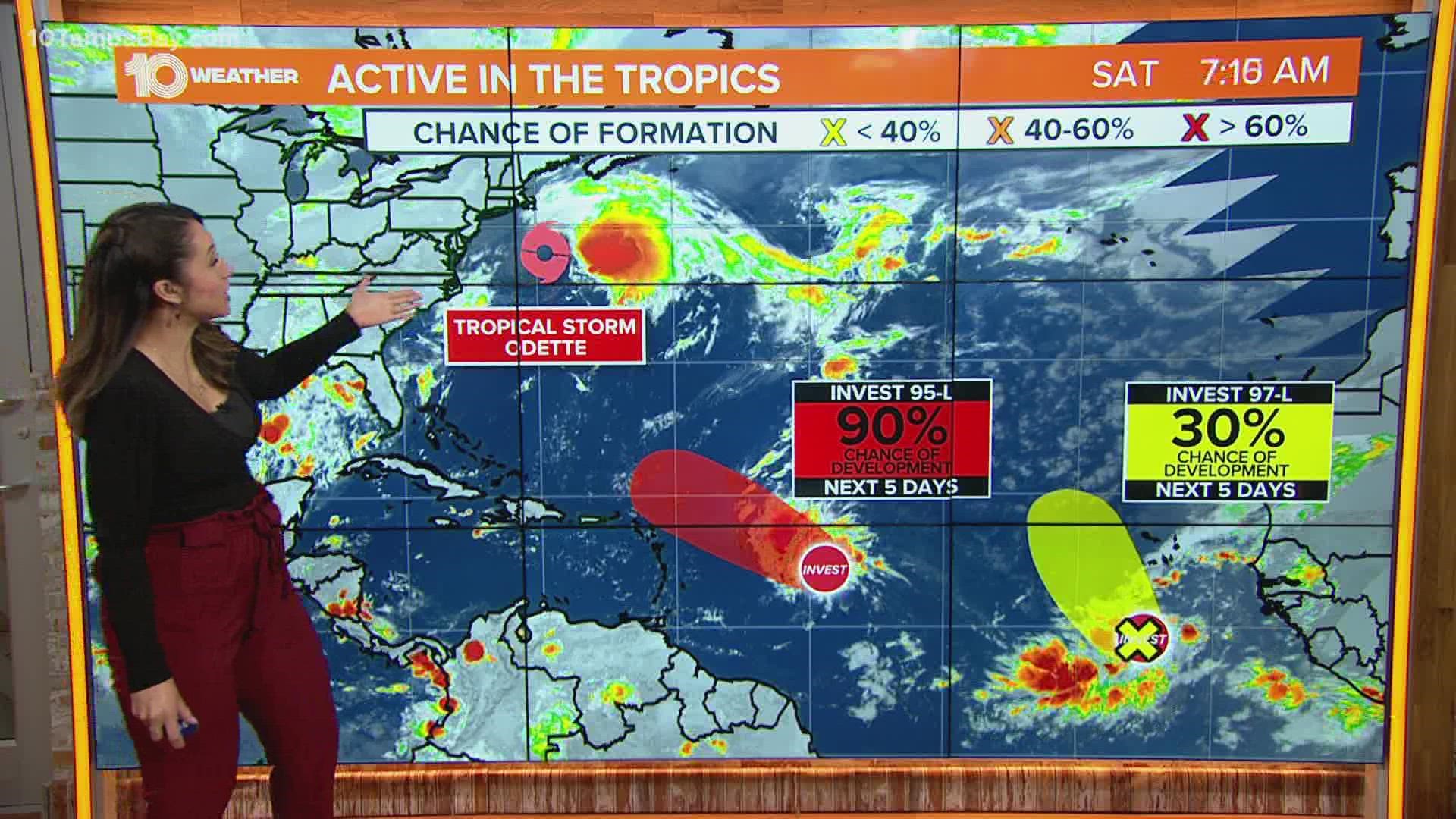 ST. PETERSBURG, Fla. — Tropical Storm Odette has formed off the mid-Atlantic coast of the U.S., according to the National Hurricane Center's latest advisory.

The storm is about 235 miles southeast of Nantucket, Massachusetts, according to the 11 a.m. advisory. The NHC reports the storm is moving northeast at 17 miles per hour with maximum sustained winds of 45 miles per hour.

A faster northeast to east-northeast motion is expected during the next following days for Odette. The storm should then slow down and turn toward the east and southeast On Monday and Tuesday, the NHC says.

The center of the storm is forecast to pass south of Atlantic Canada on Sunday and Monday.

Odette is expected to become a strong post-tropical low by Saturday night, according to the NHC.

Portions of the Northeast and Canada may experience choppy waters and swells over the weekend.

As of 11 a.m., there are no coastal watches or warnings in effect.

RELATED: Plenty to watch in the tropics as Hurricane Center monitors 3 areas for development