The storm is projected to become a hurricane on Monday. 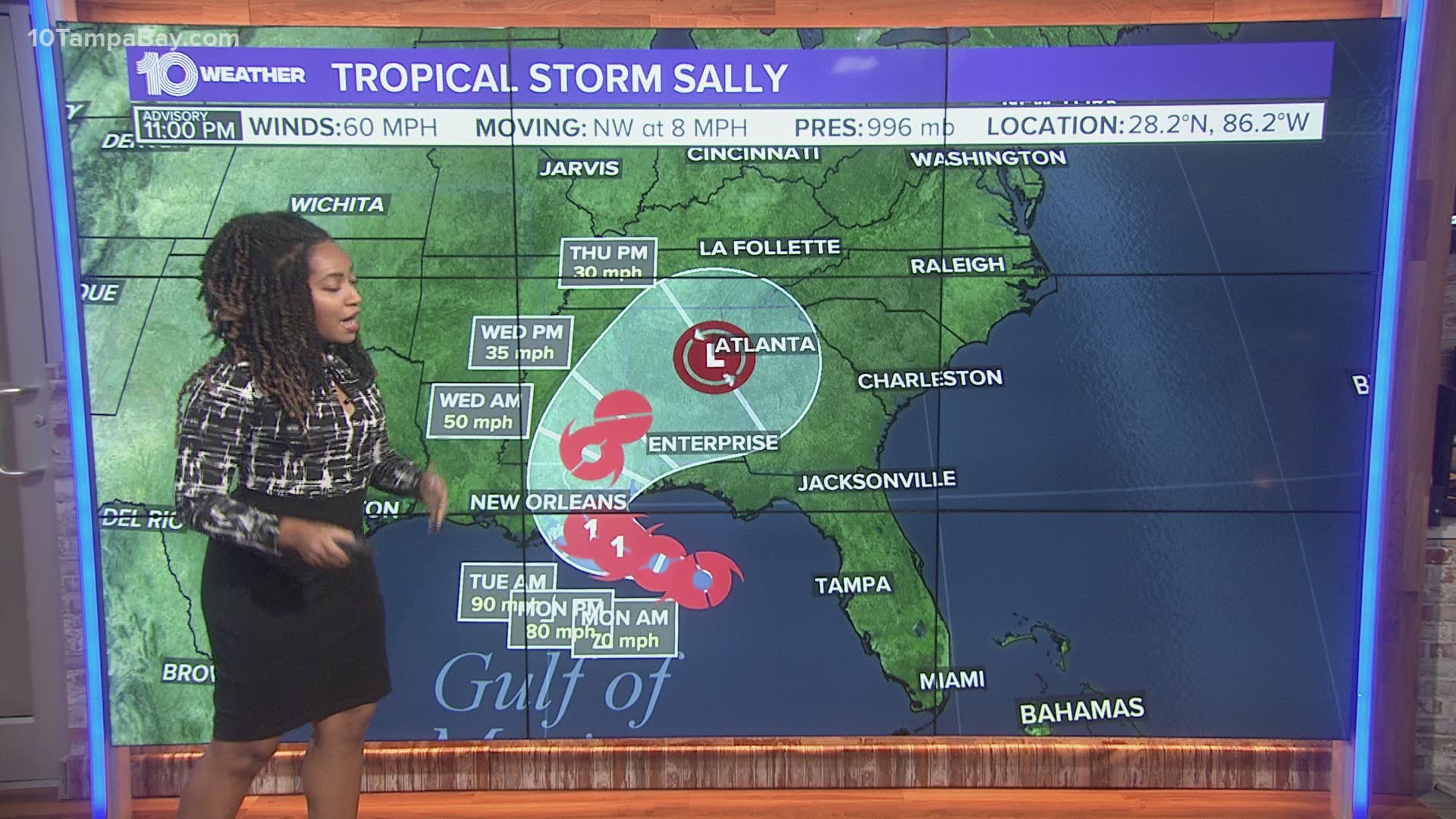 ST. PETERSBURG, Fla. — Tropical Storm Sally continues its trek away from the Tampa Bay area and into the Gulf of Mexico, where it is forecast to become a hurricane before landfall.

It is a 60-mph storm located about 140 miles south-southwest of Panama City, according to the National Hurricane Center's latest advisory. Now moving across warm waters, this will allow the tropical storm to strengthen further in the coming days.

The storm is forecast to eventually decrease in speed and make a northward turn toward the northern Gulf Coast either Monday night or Tuesday. Additional strengthening is expected, the NHC says, and it could become the season's next hurricane by Monday night. Winds are forecast to be of at least 90 mph prior to landfall -- a Category 1 hurricane.

Tropical-storm-force winds currently are extending up to 125 miles outward from Sally's center, according to the NHC.

A tropical storm watch is in effect for:

Tropical Storm Sally is expected to produce 8-16 inches with isolated amounts of 24 inches over portions of the central Gulf Coast from the western Florida Panhandle to southeast Louisiana from Monday through the middle of the week.

Hurricane-force winds and life-threatening storm surge is possible from Louisiana to the Florida Panhandle as Sally closes in on late Monday to early Tuesday landfall.

With the activity so far this year, it is no surprise we are officially in peak hurricane season. In addition to Tropical Storm Sally there is Hurricane Paulette and Tropical Storm Rene, churning in the Atlantic and multiple areas of interest in the tropics.