Wilfred is the last name on the 2020 Atlantic Hurricane Season's list. 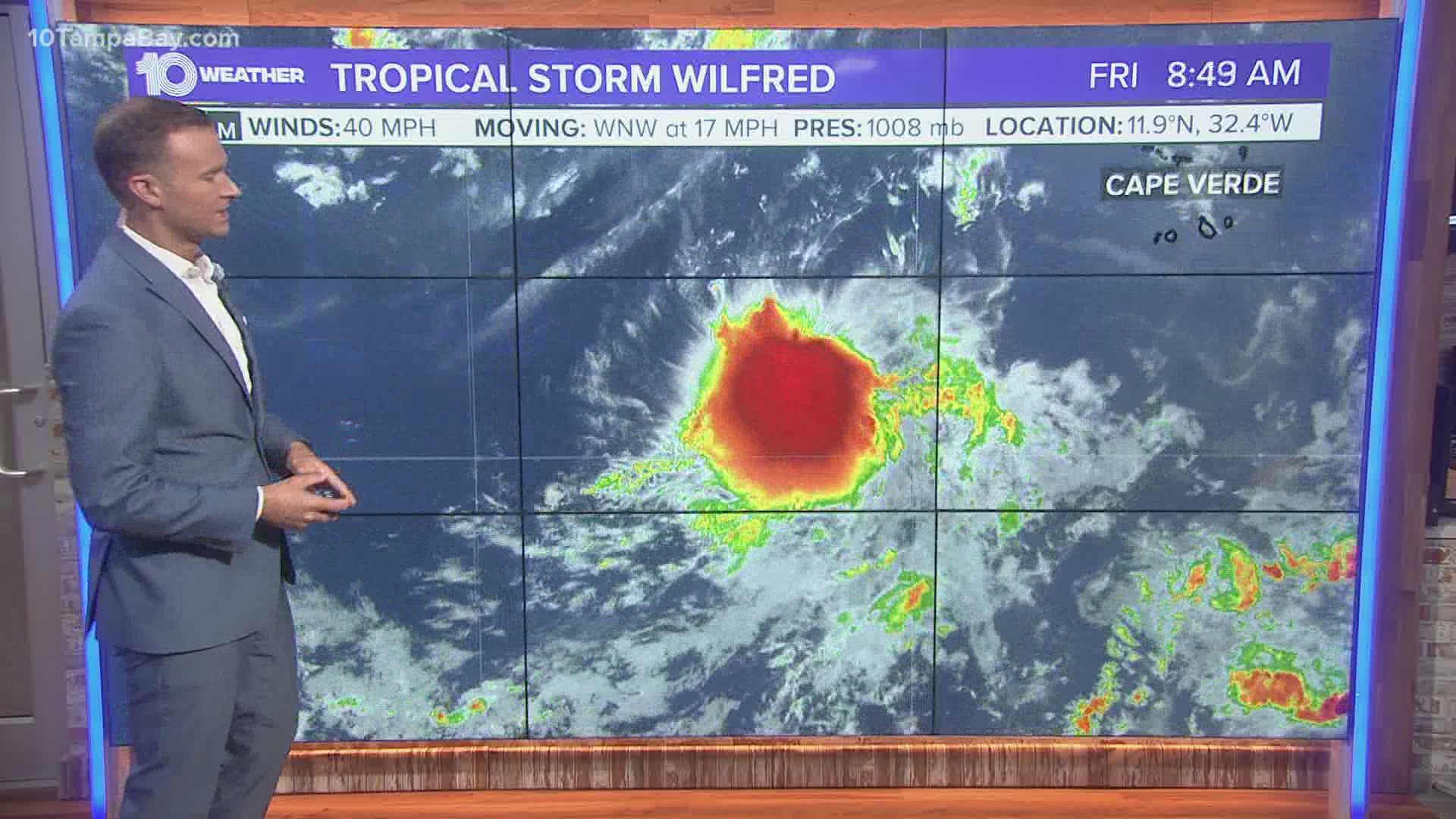 TAMPA, Fla — The next name on the 2020 Atlantic Hurricane Season's list is its last -- Wilfred.

Tropical Storm Wilfred is located in the Eastern Tropical Atlantic as of Friday morning. It has maximum sustained winds of 40 mph

The storm was moving west-northwest at 17 mph.

Since it's the last name on the list, future named storms will use the Greek alphabet.

RELATED: With just 1 hurricane name left, what happens next?

RELATED: An updated Atlantic hurricane forecast predicts 28 named storms, which would tie for the most ever

Forecasters, led by veteran hurricane expert Dan Kottlowski, now expect a total of 28 storms, which would tie the record for most storms ever in a season previously set in the notorious 2005 season.

RELATED: It's been 15 years since the Greek alphabet was used in a tropical storm name; it could happen again by next week