Tracking the Tropics: 2 new areas to watch for development

These "areas to watch" do not pose a threat to Florida. 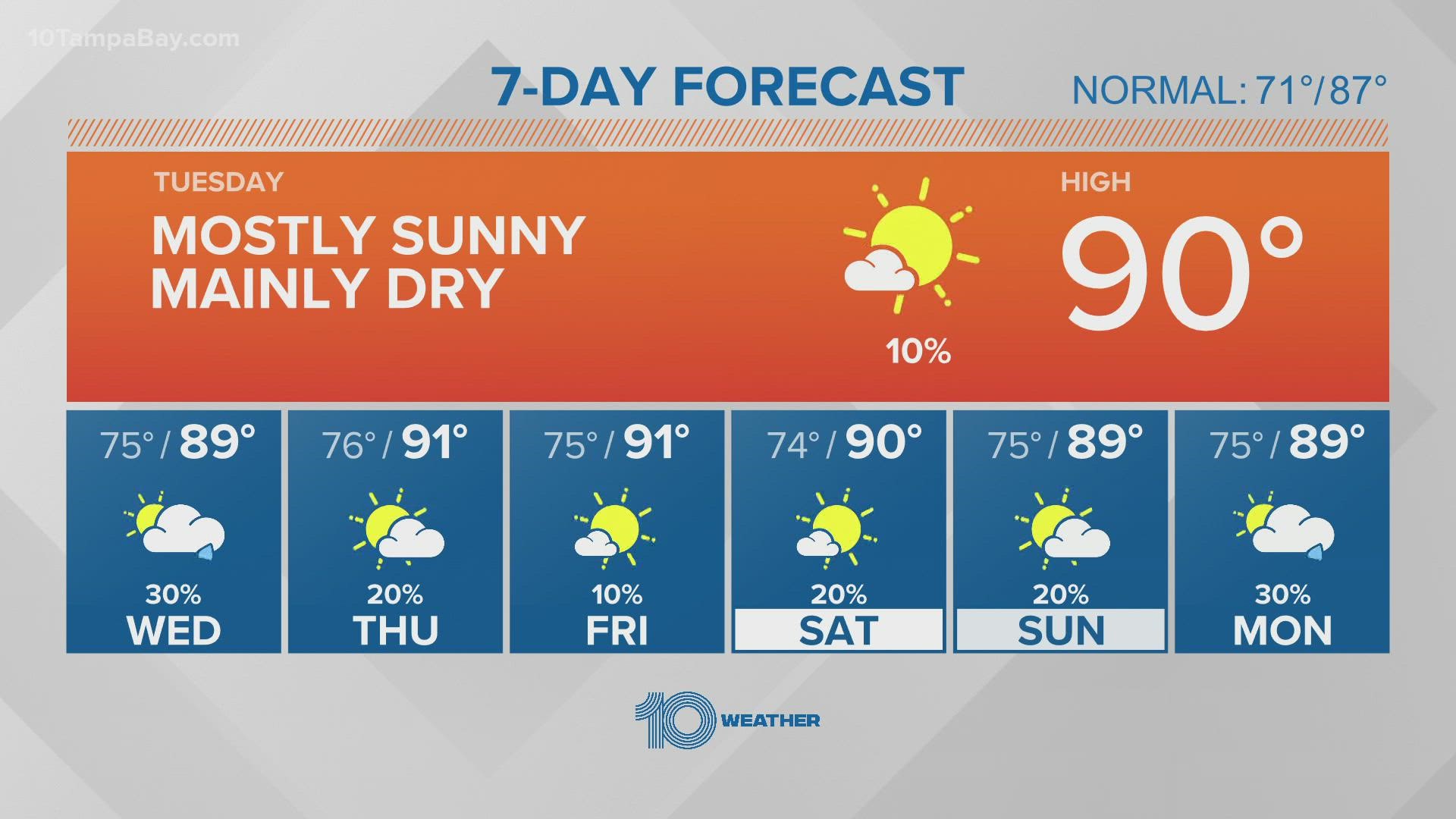 ST. PETERSBURG, Fla. — Believe it or not, there are 50 days left of hurricane season.

Plenty can happen within that window of time. While there are currently no active storms in the Atlantic Basin, the National Hurricane Center has highlighted a couple of areas for potential development.

First up on the list is a tropical wave in the Caribbean located hundreds of miles east-southeast of the Windward Islands. The showers and thunderstorms designated as Invest 93-L could slowly organize into a tropical depression, but strong upper-level winds have decreased development chances even further.

The NHC is giving this area a low 0-percent chance of becoming a depression or storm within the next five days.

Regardless of development, heavy rain and gusty winds could impact parts of the central and northern islands of the Lesser Antilles on Tuesday and Wednesday.

The NHC is also eyeing another broad area of showers located in the eastern Caribbean Sea. For the next two days, environmental conditions do not look conducive for development due to strong upper-level winds.

By the middle of this week, however, the Lesser Antilles, Puerto Rico, and the island of Hispaniola could all experience locally heavy rainfall as the disturbance travels northward.

Development chances are low for this area of disturbed weather, as well, with forecasters giving it a 10-percent chance of becoming a tropical system within the next five days.

The next and last name on the 2021 season list is Wanda. If all names are exhausted before the season wraps, the newly issued Atlantic supplemental list will be used instead of the Greek alphabet that was used previously in 2005 and 2020.

"Adria" is the first name up on the list. Hurricane season officially ends on Nov. 30.