Next named storm would tie 2005 for most named storms in a single Atlantic hurricane season. 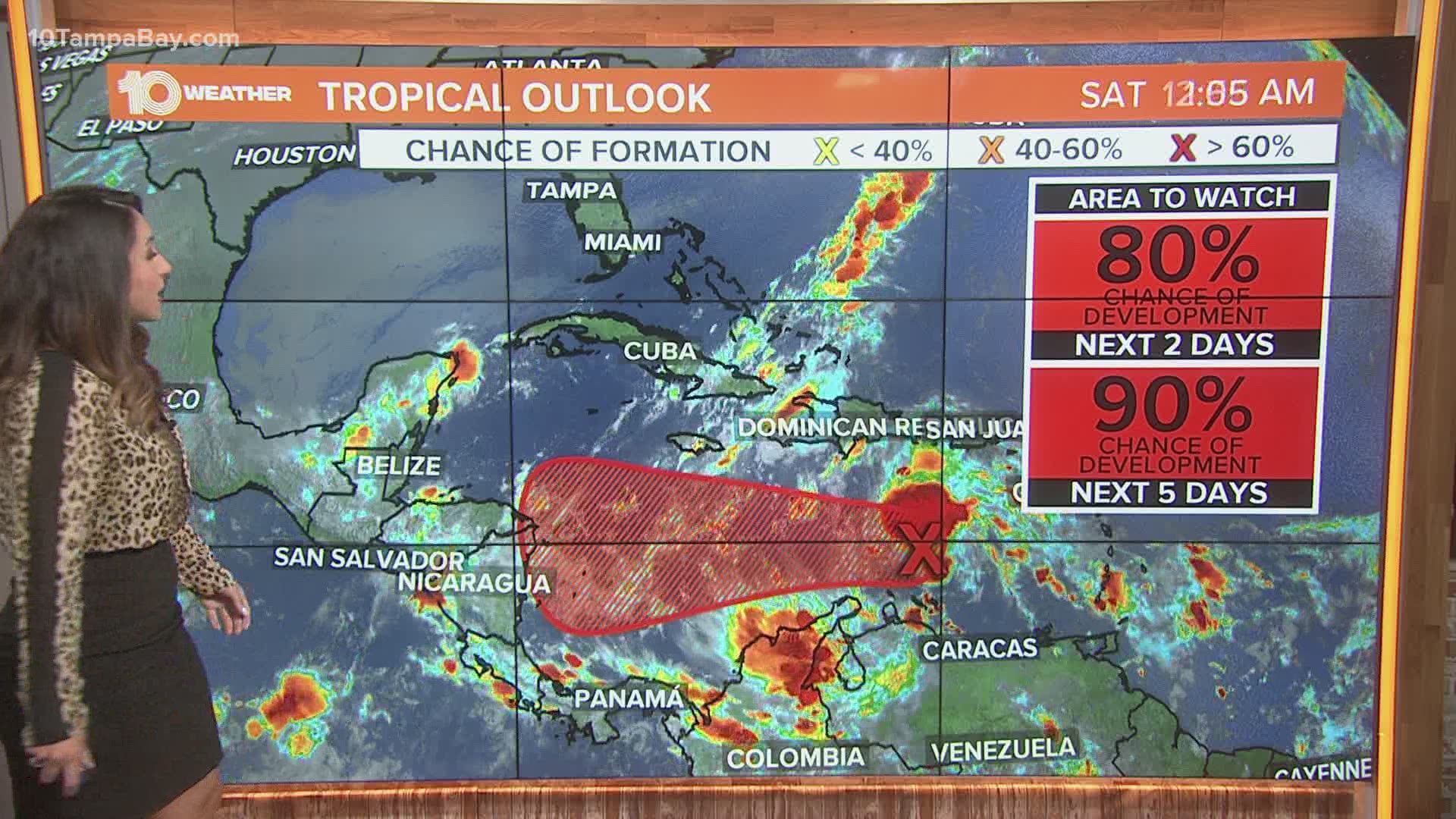 TAMPA, Fla — The all-time record for most named storms in the Atlantic hurricane season is likely to be tied this weekend.

The National Hurricane Center (NHC) is tracking a disturbance in the eastern Caribbean and have it designated it Invest 96-L.

The NHC says a tropical depression could form as early as this weekend as the storm starts to move more slowly over the Caribbean Sea.

Right now, the NHC is giving it a 100-percent chance of development over the next two days.

Most models take the storm toward Honduras and Nicaragua early next week. It's not likely, at this point, that the storm will have impacts on Tampa Bay. However, there is plenty of uncertainty with this developing storm and all interests in Florida will need to monitor its progress over the next week.

The National Oceanic and Atmospheric Administration (NOAA) updated its 2020 hurricane season forecast in September, indicating one of the most active seasonal forecasts that NOAA has produced in its 22-year history of hurricane outlooks.

The updated forecast calls for 19-25 named storms, 7-11 hurricanes and 3-6 major hurricanes. This includes the 27 storms and 11 hurricanes we’ve already seen so far, moving us just outside the prediction window for named storms.

Hurricane season is not over yet. It lasts from June 1 through Nov. 30.