Disturbance in Caribbean now has medium chance of development

After a few days of peace and quiet in the tropics, the National Hurricane Center is monitoring an area that has a medium chance of developing this week. 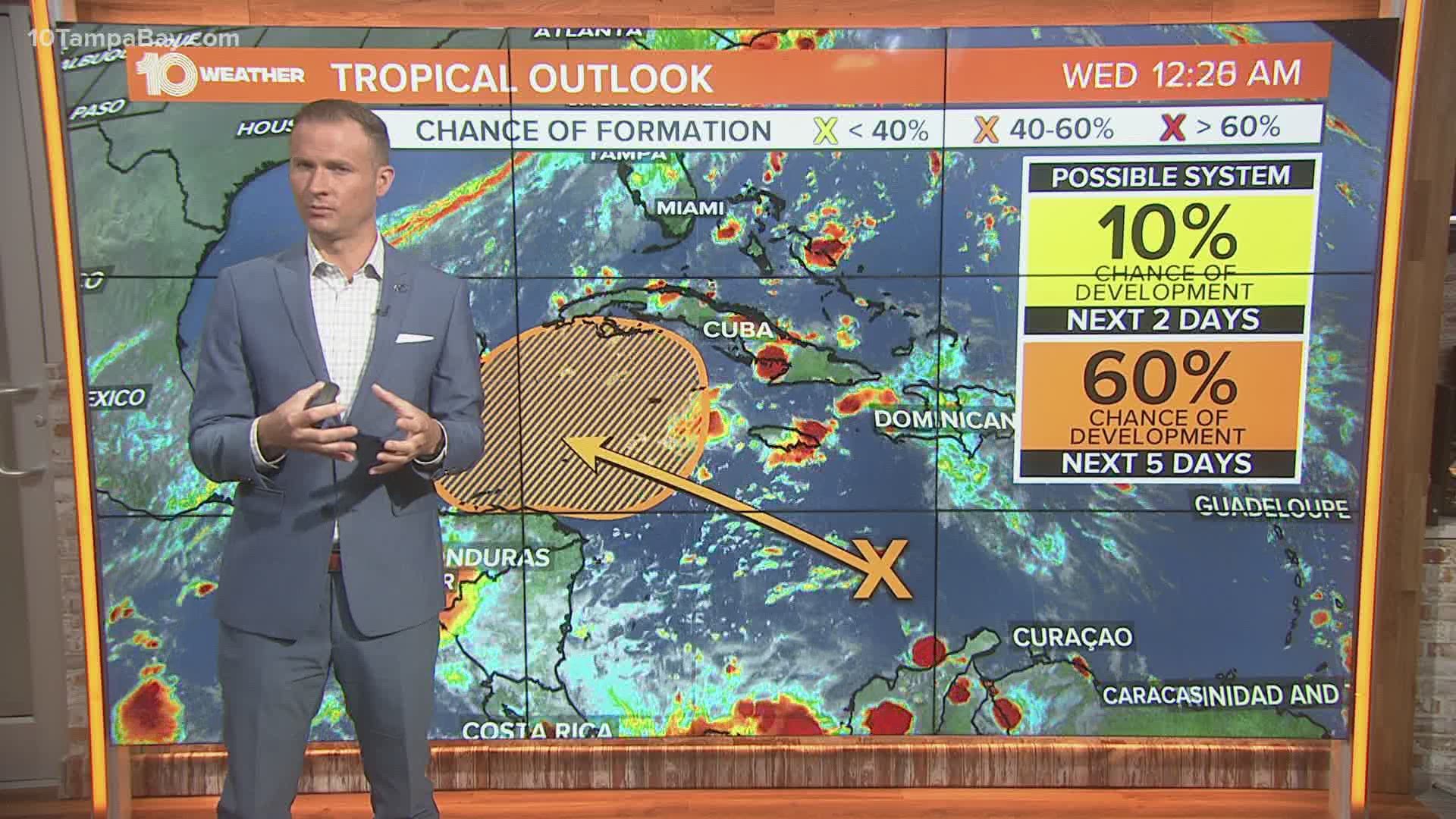 ST. PETERSBURG, Fla — Following a multi-day "power nap" during peak hurricane season, there is now some activity in the tropical Atlantic.

The National Hurricane Center (NHC) highlighted a new area to watch in the western Caribbean Sea on Sunday, giving the disturbance a low chance of development.

However, the NHC has since increased the odds of development within the next five days to a medium or 60-percent chance.

A few models do pick up on this area, but there is still a lot of uncertainty. As for now, some model guidance suggests that it will linger in the Caribbean for much of this week while continuing down a west-northwest path.

Climatologically speaking, we tend to see tropical development in this area during the month of October. We will have to keep our eye on this potential system over the next several days.

We have had 23 named storms this year, including two Greek letter storms. The next storm will be named Gamma.