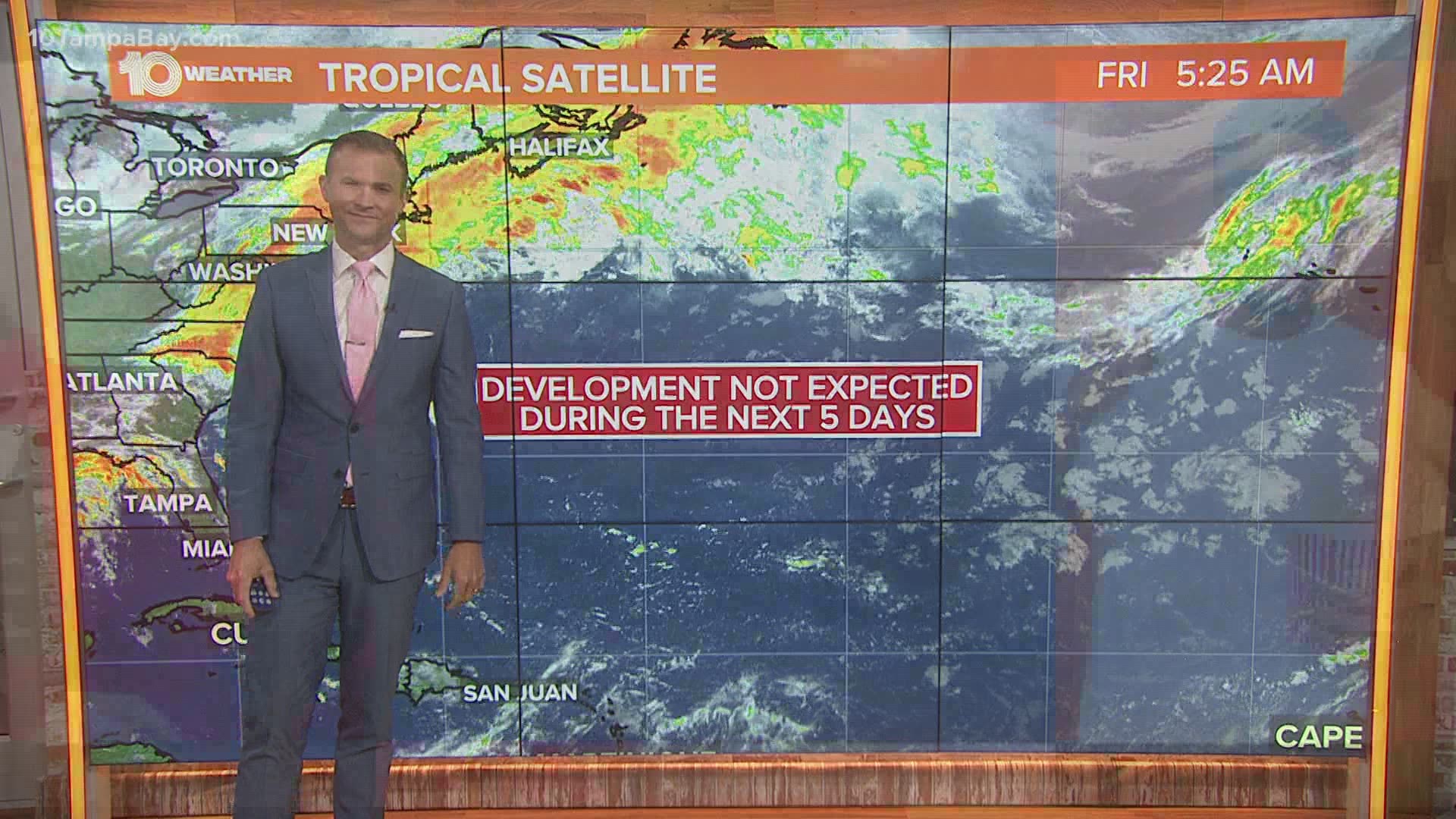 CSU said in their forecast Thursday, " We have maintained our above-average forecast for the 2021 Atlantic basin hurricane season."

Part of the reason a higher number of hurricanes is expected is the neutral El Niño–Southern Oscillation (ENSO) conditions that are being observed and that are expected to continue.

A neutral ENSO means there is no El Niño or La Niña.

The lack of wind shear has the opposite effect, making a more favorable environment. We saw this in 2021.

An El Niño is a warming of the waters in the equatorial Pacific Ocean. This increases the westerlies and wind shear in the Atlantic Basin.

Without influence from an El Niño or La Niña, other atmospheric players such as sea surface temperatures play bigger roles in making an active hurricane season.

One of the reasons for the above-average seasonal #hurricane forecast from CSU is due to the likely lack of #ElNino this summer/fall. El Nino generally increases vertical wind shear in the Atlantic, tearing apart hurricanes. pic.twitter.com/MkxvRPwPTs

CSU says, "We anticipate an above-normal probability for major hurricanes making landfall along the continental United States coastline and in the Caribbean."

As always, remember that it only takes one hurricane making landfall to make it an active season for you. You should prepare the same for every season, regardless of how much activity is predicted.

For more information on how to prepare for hurricane season, visit our Hurricane Headquarters.