Watching multiple areas of interest in the tropics

As we slide through the peak of hurricane season, a few disturbances in the Atlantic will need to be monitored for potential development. 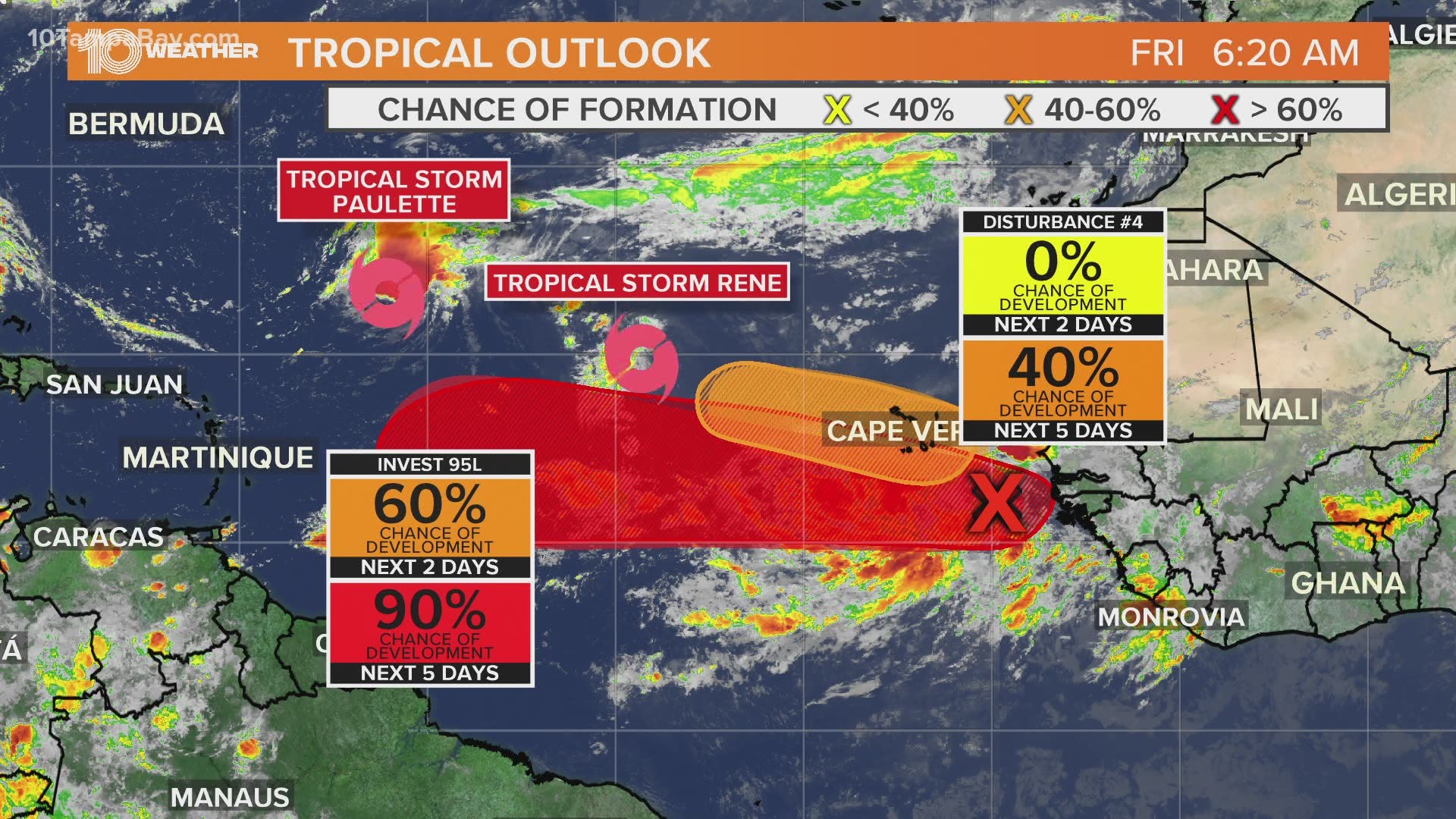 TAMPA, Fla. — It is officially peak hurricane season! There's no question that the tropics are churning out storms and tropical waves left and right.

In addition to two named tropical storms, Paulette and Rene, which you can find out more about here, there are multiple areas in the tropics that we're keeping our eye on.

Let's start to the waves closest to the United States.

Invest 96-L is southeast of Florida, near the Bahamas.

This area of low pressure is forecast to move west into the Gulf of Mexico over the weekend. It has a 60 percent chance of developing into a system in the next five days. The NHC says a tropical depression could form as the system moves slowly over the eastern Gulf early next week.

Disturbance 3 in Gulf of Mexico still has a low chance of becoming a tropical system. The NHC says the disturbance shows the possibility for some slow development as it moves west, then eventually southwest over the upcoming days. It has a 30 percent chance of development in the next five days.

Heading back over to the African Coast, Invest 95-L currently has a 90 percent chance of development in the next five days. A depression is expected to form within the next few days as this area of showers and storms head west into the open Atlantic. This is no threat to the United States at this point, but we'll need to keep our eye on it.

Another wave is headed off of the coast of Africa. It currently has a medium chance of tropical development within the next five days.

Your 10 Weather Team will continue to keep you updated on the very latest!

RELATED: Rene restrengthens into a tropical storm, Tropical Storm Paulette continues to churn in the Atlantic

RELATED: Here are the evacuation routes for Tampa Bay