Everything to know about Invest 93-L, remnants of Pacific Tropical Storm Amanda

The area of disturbed weather is over the Yucatan peninsula and is likely to form into a new tropical depression. 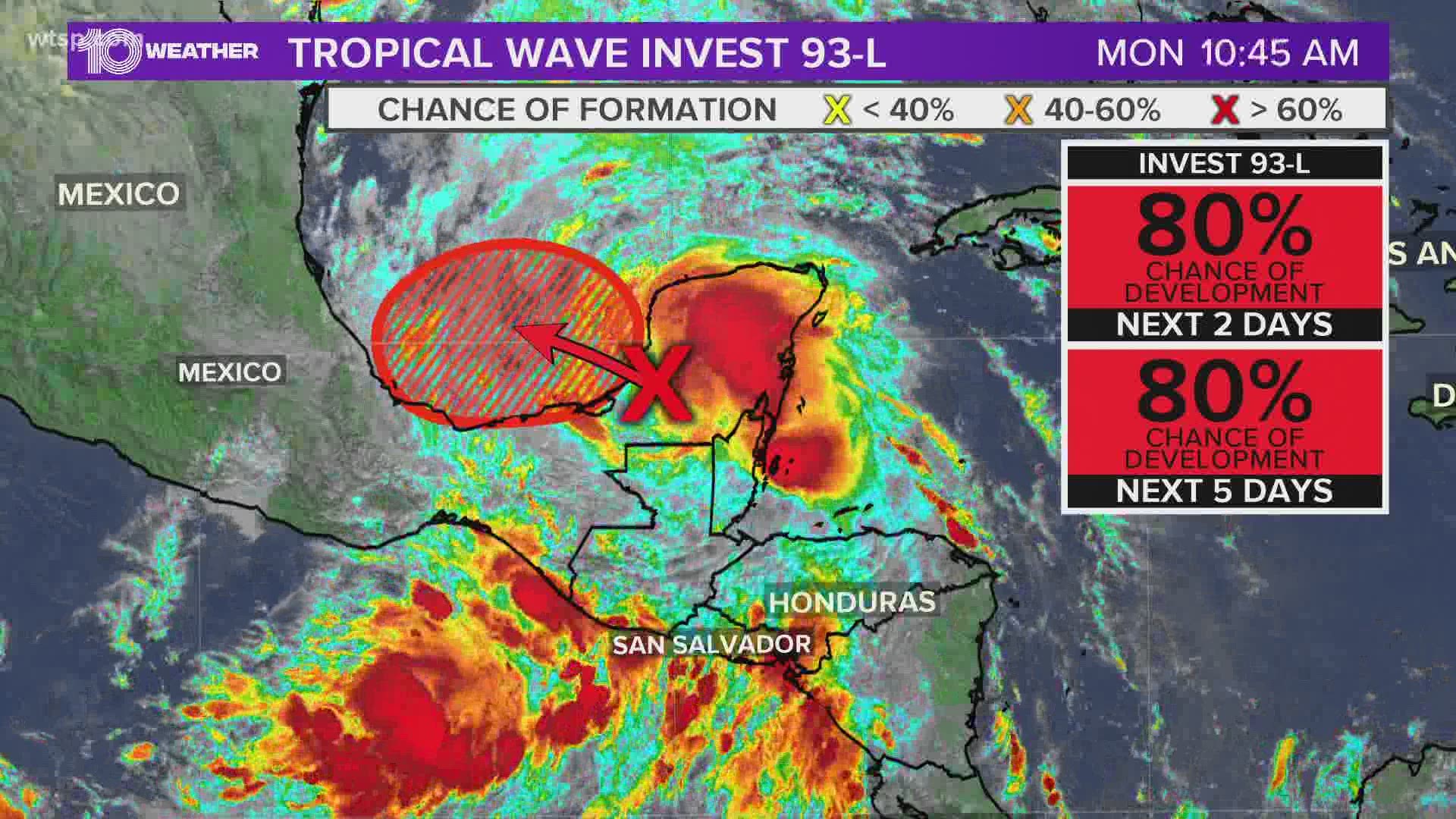 RELATED: Tropical Depression Three forms in the Bay of Campeche

A large area of disturbed weather is located over the Yucatan peninsula of Mexico and is likely to form into a new tropical depression within the next day or so.

The weather is associated with the remnants of Pacific Tropical Storm Amanda. It's forecast to move northwestward over the southeastern portion of the Bay of Campeche later Monday when environmental conditions are expected to be conducive to support development.

Invest 93-L is then forecast to drift west or west-southwest over the southern Bay of Campeche through the middle of the week. Those along the coast of the bay should monitor the progress of this disturbance.

Regardless of further development, heavy rainfall is likely to continue over portions of southern Mexico, Guatemala, El Salvador, Belize and western Honduras during the next few days.

If the system redevelops, it will be named Cristobal.

There remains a great deal of uncertainty in the long-range forecast of the system and any potential impacts on the United States. Until the system develops and actually begins to take shape, those details will be highly uncertain.

That said, all of the forecast models do keep the storm in the western half of the Gulf of Mexico. Regardless, wherever the storm tracks it will bring the likelihood of heavy rain, the potential for flooding and rough surf.

Stay tuned to the latest forecast as this system continues to develop.

RELATED: Invest 92L has 50-percent chance of developing into a tropical depression