The impressive waterspout quickly formed just south of the bridge and dissipated before making it across Tampa Bay. 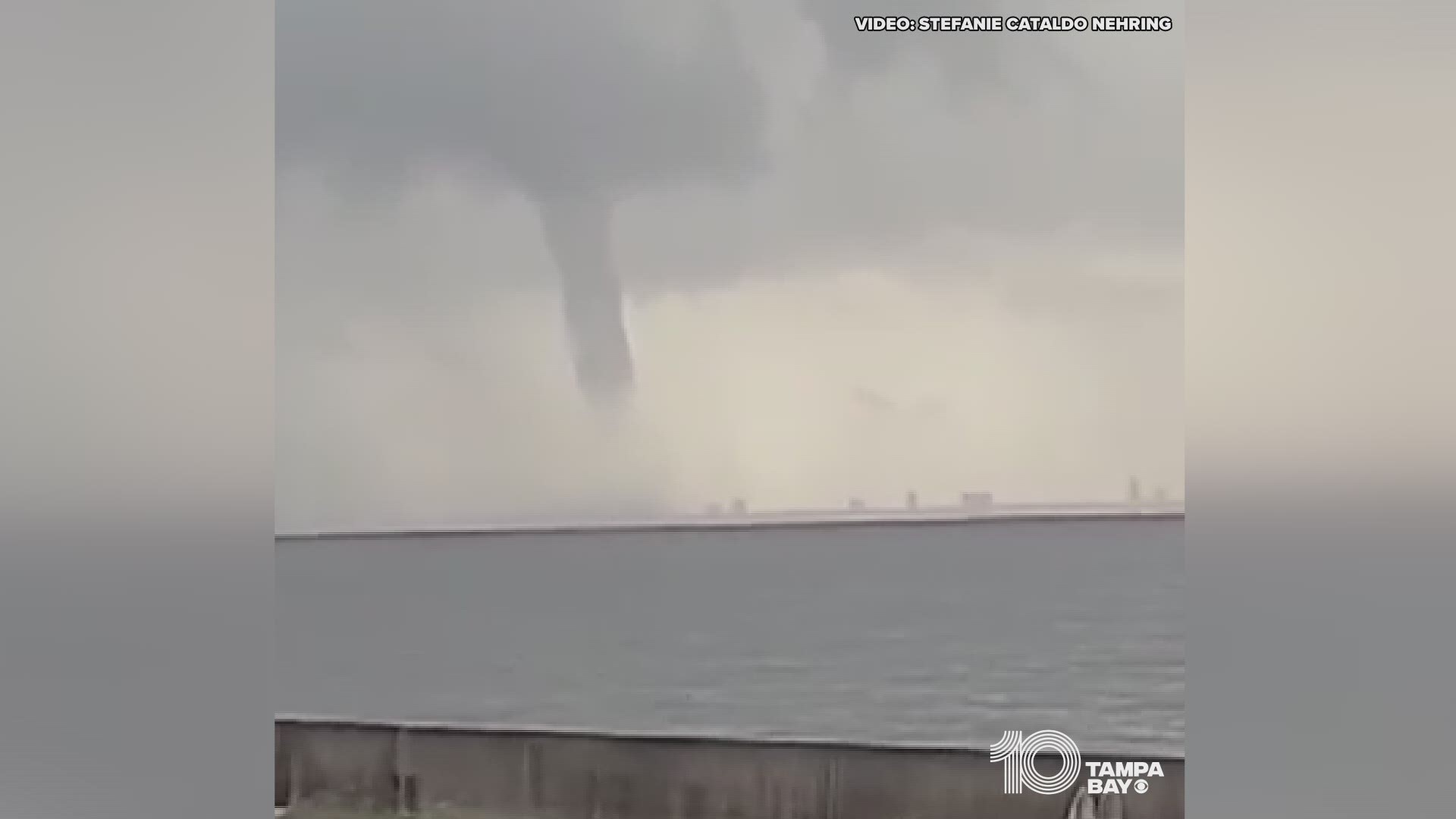 No tornado warning was issued by the National Weather Service. The waterspout developed and dissipated in minutes.

#ICYMI, this morning's waterspout over #TampaBay. Radar estimates suggest it lasted for about 5 minutes. For its entire lifespan, it remained over the water #flwx https://t.co/WUcRQZ51Xj

While the waterspout likely surprised all commuters who happened to look just south of the bridge, Wednesday's weather pattern is actually one that is more likely to produce morning waterspouts.

Credit: 10 Tampa Bay
This radar product called velocity shows meteorologists where rotation in storms may be helping to see waterspouts and tornadoes.

The current weather pattern is producing a west-to-east flow across the Tampa Bay region. This means that storms are more likely to develop during the morning along coastal areas, while they push inland during the afternoon.

During the morning, the sun starts to heat the land. Land heats up more quickly than water, so now the cooler air over the water starts to move in to replace the rising air over land. This is called the sea breeze.

As the sea breeze converges with the leftover land breeze, horizontal rotation can develop.

As showers and storms develop along these boundaries, the rising air can cause a rotating column of air. Occasionally this column can contract and a waterspout can form.

If a waterspout moves onshore, the National Weather Service issues a tornado warning as some of them can cause significant damages and injuries to people. 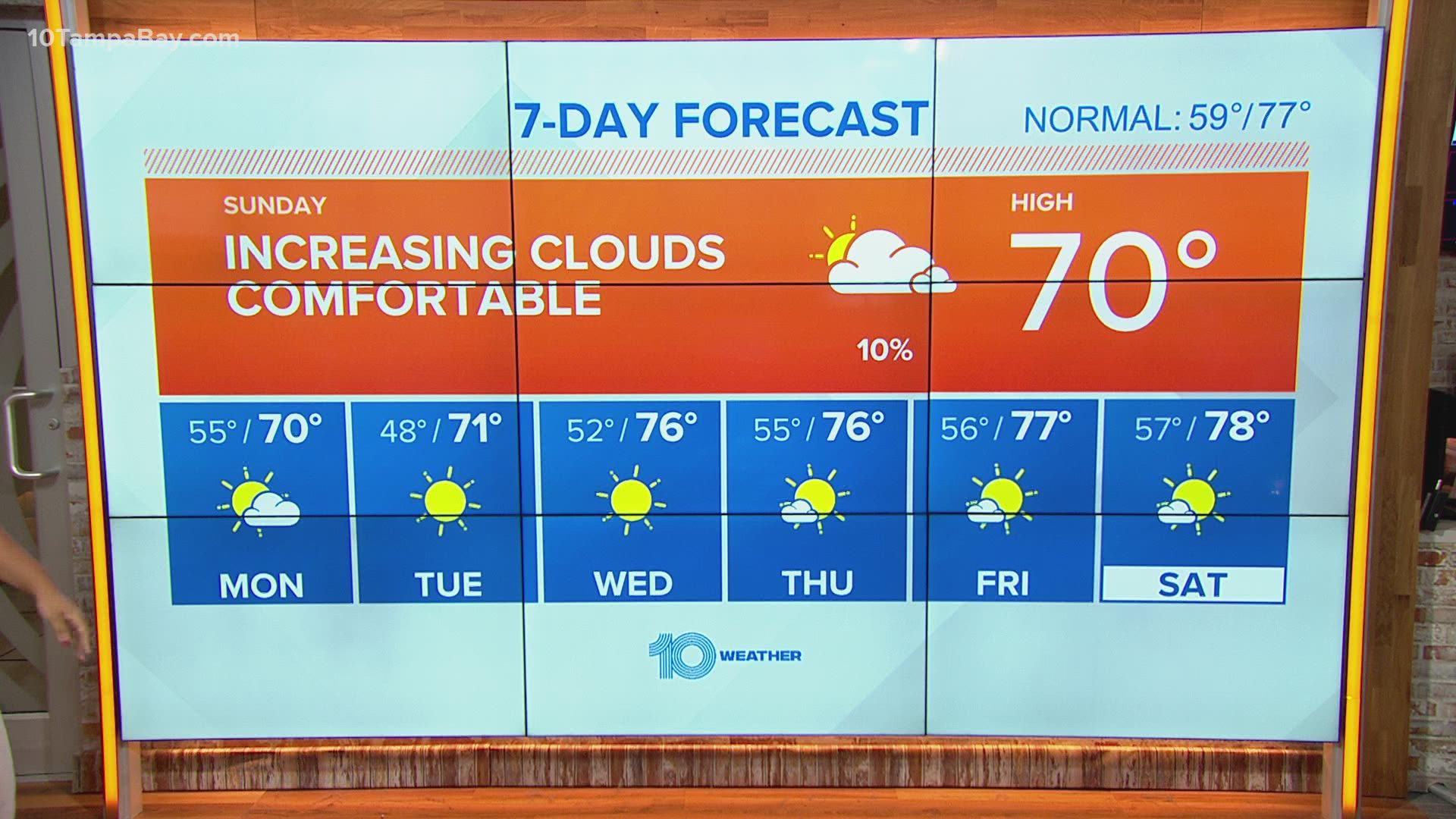