Lightning safety tips: Things to know if you're caught in a thunderstorm 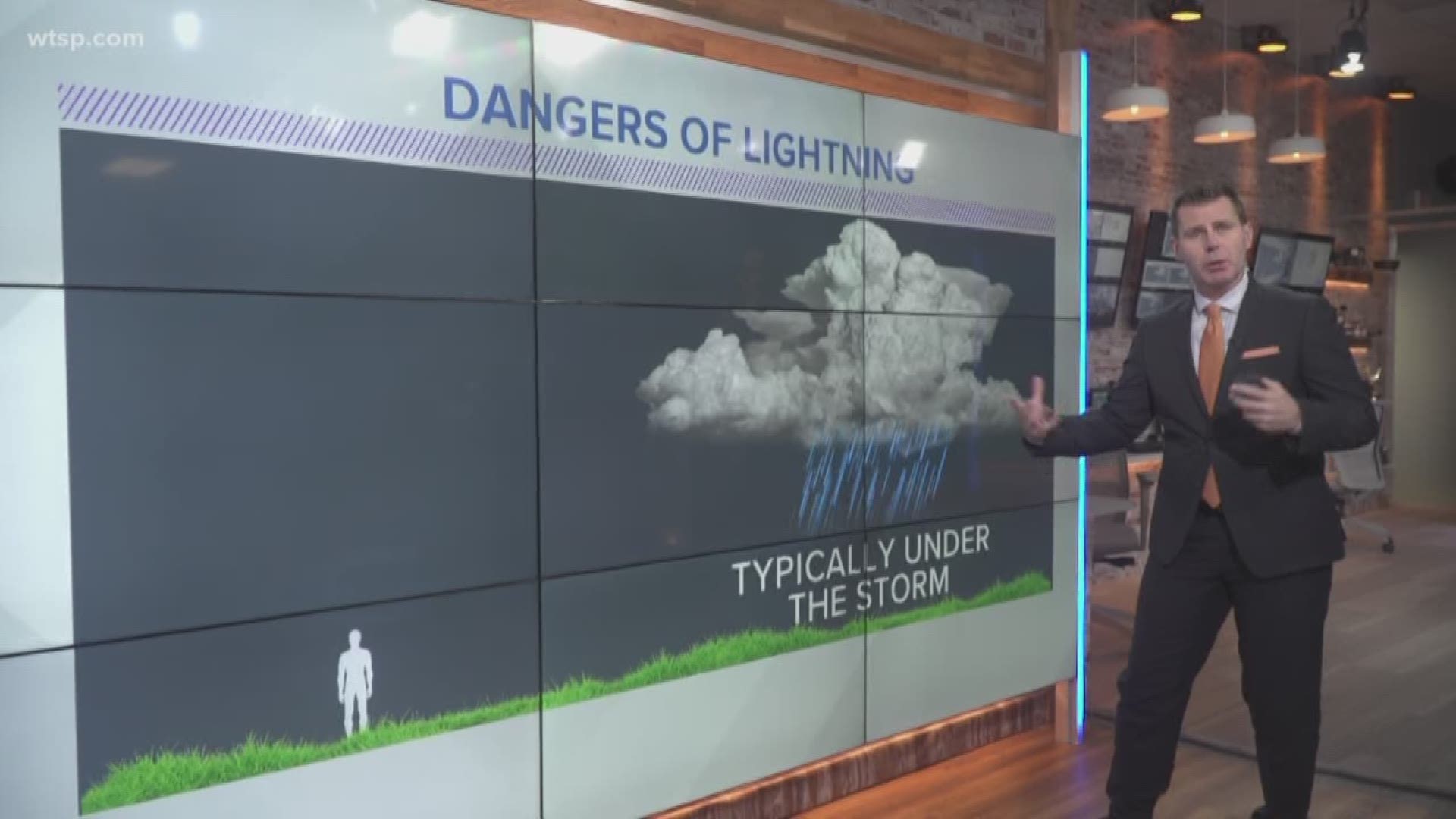 CLEARWATER, Fla. — There's no other place in the United States that receives more lightning strikes than the state of Florida, and the Tampa Bay region is ground zero.

There were more lightning fatalities in Florida in 2018 than anywhere else in the country: Seven deaths were reported, according to the National Weather Service. One person was struck and killed while riding their motorcycle in Ormond Beach, Florida, this year.

And there's a renewed sense of lightning safety after eight people were hurt, one critically, when a bolt hit Clearwater Beach.

There is no simpler advice regarding lightning awareness than this: "When thunder roars, go indoors!" Lightning -- which is hotter than the surface of the sun! -- can strike you even when it seems perfectly sunny outside because the bolt can travel some 20 miles away from the parent thunderstorm.

According to the weather service, there is no way you can be completely safe from lightning if you are outside during a storm. The only and best course of action is to get indoors or into a car. If you're out boating or out on the beach and thunderstorms are in the forecast, the water is no place to be that day.

If you're stuck outside, however, get low to the ground.

The chance of being struck by lightning in Florida is 1 in 3,000, according to Florida State University. FSU details one of several types that could hit, including:

FSU says the majority of lightning casualties are those indirect bolts, not direct strikes, and there's no other place in North America that sees more lightning strikes than the Tampa Bay area.

Experts say to use the 30-30 rule to be completely safe: After you see lightning, count to 30. If you hear thunder before reaching 30, it's time to head inside and don't go outside for at least 30 minutes after the last rumble of thunder.