After several lightning-related incidents over the weekend throughout the Tampa Bay area, there is a renewed sense of how to stay safe. 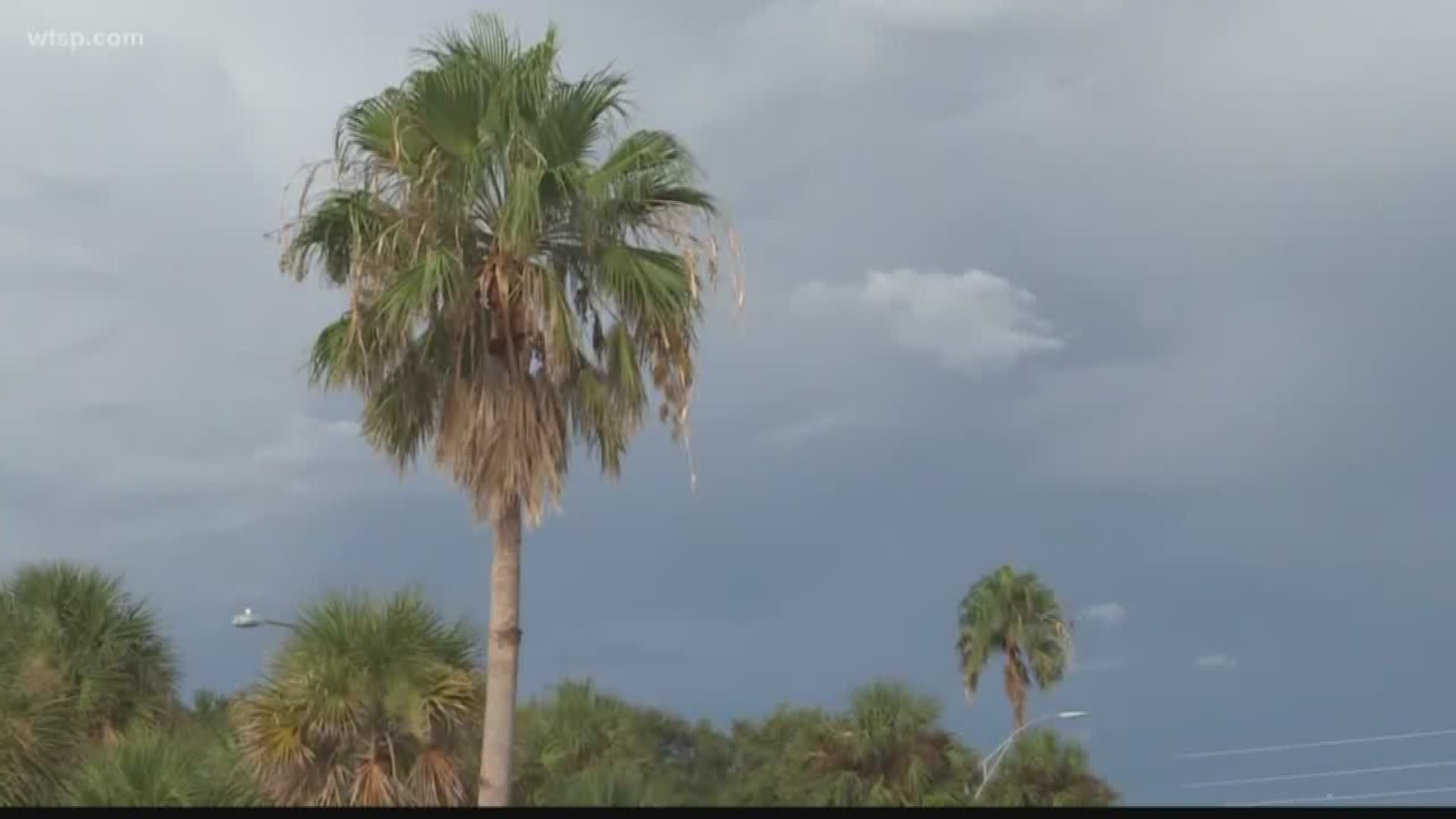 There were several nasty storms over the weekend in Tampa Bay.

One person was struck by lightning and seven others were injured Sunday afternoon at Clearwater Beach; lightning struck a boat and set it on fire Saturday in Gulfport; and McLane Middle School caught fire on Friday night.

Investigators believe the fire at McLane Middle School was likely caused by lightning.

All this has led to a renewed sense of lightning safety.

Florida State University said the most frequent lightning strikes occur in the Tampa Bay area, and the chance of being struck by lightning in the Sunshine State is 1 in 3,000 over the course of a lifetime. The National Weather Service says the odds nationally are 1 in 15,300 over an 80-year lifetime.

Dr. Martin A. Uman, a professor of electrical and computer engineering at the University of Florida, said the area from Orlando to Tampa and down to Fort Myers is considered the lightning capital of the U.S.

"Different years have different locations for the actual maximum, but most are within that area," Uman said in an email to 10News.

Uman said the southwest coast of Florida has about 40 "cloud-to-ground" flashes per square mile per year. There's also at least that much "in-cloud" lightning. Both types of lightning make thunder.

When lightning is in the area, lifeguards at Clearwater Beach do everything they can to get people off the beach. They start by whistling in people from the water, put two red flags up, and warn people on the beach about nearby lightning.

Despite that, Donovan Burns, a lifeguard with Clearwater Beach for 25 years said there are always people who stay put.

“Even though we clear the water, you'd be surprised, a lot of people stay in this big open environment which isn't safe. We can’t tell you to get off the beach but we can clear the water,” Burns said.

Some people who were struck Sunday in Clearwater had only minor injuries and refused medical treatment. Dr. Stephen Haire with Morton Plant Hospital recommends getting treatment no matter how minor the incident might seem.

“You may not realize ringing in your ears but that's something they need to be aware of. The other one is eye injuries. They probably need a follow-up eye exam," Haire said. "The patient can actually develop cataracts not only immediately but also within a time period of up to even a year after the event from the lightning.”

Here’s a deep dive of tips, stats, facts and information to help keep you safe:

According to the National Weather Service, there is no way you can be completely safe from lightning if you are outside during a storm. The only and best course of action is to get indoors or into a car with the windows up.

If you hear thunder, lightning is close enough to strike you. You’re urged to immediately move to safe shelter.

What are the odds you’ll become a lightning victim?

The U.S. has averaged 43 reported lightning deaths per year since 1989, according to the NWS storm data. Only 10 percent of people who are struck by lightning are killed.

In the last 10 years in Florida, there was an average of 4.9 lightning deaths per year. Given that Florida’s population is about 21,299,325 people, the NWS estimates the odds for Florida that:

How does lightning work?

The National Oceanic Atmospheric Administration’s National Severe Storms Laboratory defines lightning as a giant spark of electricity in the atmosphere between clouds, the air or the ground.

Air acts as an insulator between positive and negative charges in the cloud in the earlier stages of development between the cloud and the ground.

What are the different kinds of lightning strikes?

There are five ways lightning can strike people, according to the NWS.

2. Side flash: This kind of strike is also called a side splash. It happens when lightning strikes a taller object near the victim and a portion of the current jumps from the taller object to the victim. Generally, side flashes happen when the victim is a foot or two away from the object that is struck. Most often, side flash victims have taken shelter under a tree to avoid hail or rain.

4. Conduction: Lightning can travel long distances in wires or other metal services. While metal does not attract lightning, it provides a path for it to follow.

Thunder is caused by lightning. It is not possible to have thunder without lighting. Thunder is a director result of lighting.

The NWS says the bright light of the lightning flash caused by the return stroke represents a great deal of energy.

The energy heats the air in the channel to temperatures higher than 50,000 degrees Fahrenheit in a few millionths of a second.

The air is heated to such a high temperature with no time to expand. The high-pressure air then expands outward into the surrounding air compressing it and causing a disturbance. The disturbance is a shock wave for the first 10 yards and then it becomes an ordinary sound wave or thunder.

The NWS reported seven lightning deaths last year in Florida. One person was struck and killed while riding their motorcycle in Ormond Beach, Florida, this year.

By year, Florida has had the most reported lightning deaths in the U.S. since 2011.

Reported lightning deaths in 2018 by state:

Reported lightning deaths in the U.S. by year (year/reported deaths):