Here's why we're seeing so much fog in Tampa Bay 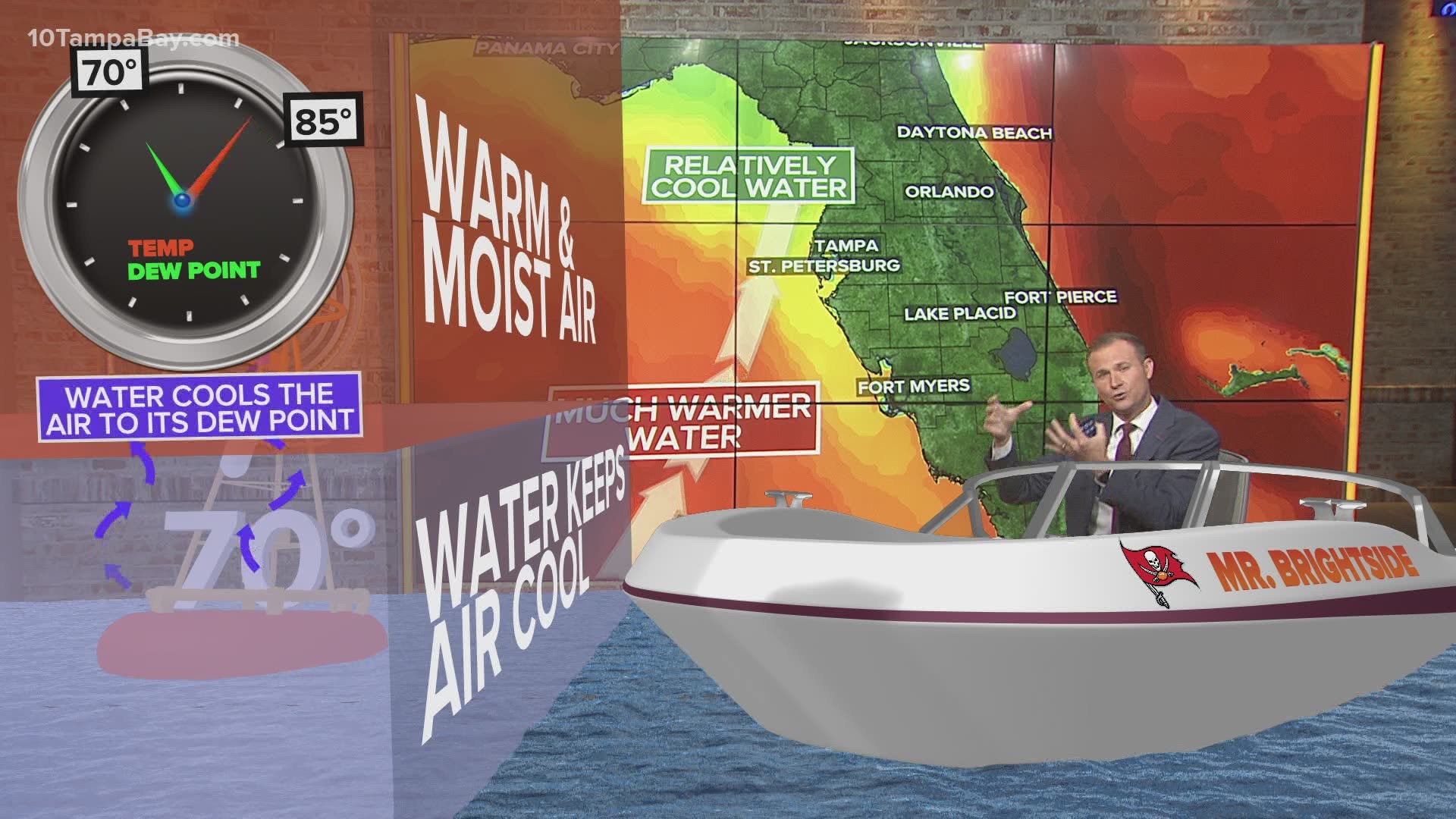 ST. PETERSBURG, Fla — Tampa Bay has seen quite a few foggy mornings over the last several days. Much of the fog has been sea fog, some has been land fog (or radiation fog).

While it’s beautiful, it can be dangerous while driving and boating. Sea fog can hang around longer into the day, while fog over land usually dissipates by late morning.

Just a *tad* foggy out for our maintenance crew this morning... 😲 pic.twitter.com/t5XekDNdEz

Why the recent fog? A return of humidity over the cool waters and land.

Sea fog (and lake fog) is fog that forms over water when warm, humid air flows over relatively colder waters. One reason fog is so common in San Francisco is because the water is consistently colder than the nearby land.

In Tampa Bay, we typically experience sea fog in winter when the Gulf of Mexico is at its coldest and a humid weather pattern develops. Once sea fog develops, it can move into land areas and result in hazards to motorists.

Radiation fog is a very common type of fog throughout the United States. It is most prevalent during the fall and winter, usually under clear skies with cool nights. It forms overnight as the air near the ground cools. When this cooling causes the air to reach saturation, fog will form.

The fog first forms near the surface, thickening as the air continues to cool. The layer of fog will also deepen overnight as the air above the initial fog layer also cools. As this air cools, the fog will extend upward.

Valleys are often a favorable area for radiation fog because it cools faster and there is less wind to disrupt the fog. Radiation fog is also usually patchy, tends to stay in one place and goes away fairly quickly the next day as the ground starts too warm.

Advection fog forms as warmer, more humid air moves over a colder ground. The air is cooled to saturation by the cold from the ground below.

In Florida, advection fog occurs when warm, moist air off the Gulf of Mexico or the Atlantic moves (or "advects") over the cooler land surface. This happens occasionally during the spring when maritime air is gradually warming, but air over the land is still influenced by periodic cold fronts.

A Dense Fog Advisory is issued by the National Weather Service when widespread dense fog develops. When this happens, visibilities frequently drop to one-quarter of a mile or less. When fog develops over land, it’s typically advection fog or radiation fog.