Extremely rare, orange lobster saved from being a meal at Arizona restaurant

This lobster was next to be on the menu at the Nobu Japanese restaurant, but its bright orange color was its saving grace. 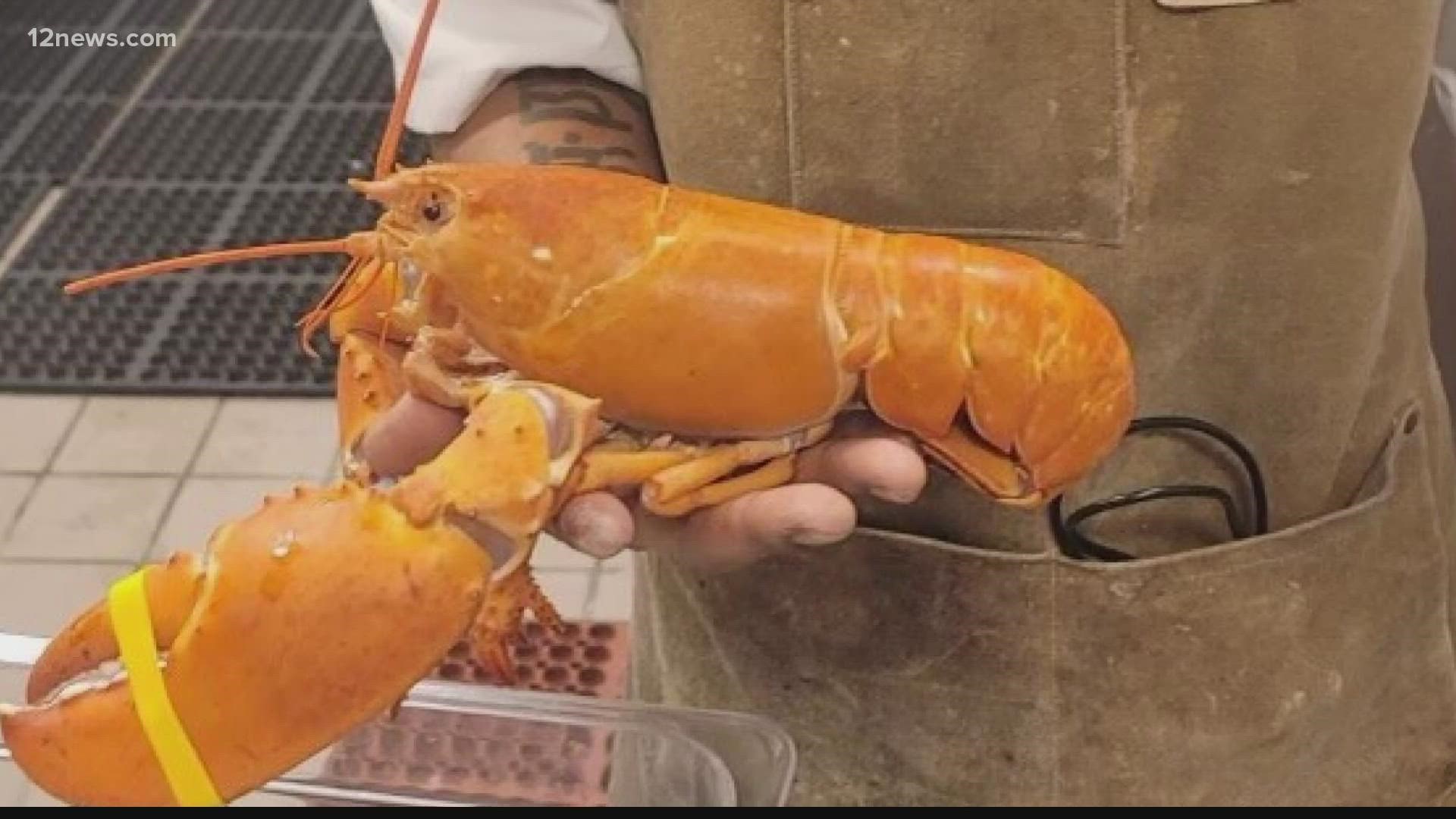 SCOTTSDALE, Ariz. — A pumpkin-colored lobster made its way to an Arizona restaurant, but it had nothing to do with any fall-themed menu items.

Kitchen staff at Nobu Japanese restaurant at the Fashion Square Mall in Scottsdale noticed one particular lobster was a bit too... orange.

“One, in particular, more or less caught our eye,” Executive Chef Carl Murray explained. “I said, ‘Hey for curiosity sake let’s call the aquarium here and see what we have.'”

The extremely rare, orange lobster turned up at the restaurant this summer. Kitchen staff realized the lobster and its "one-in-30 million uniqueness" and called the OdySea Aquarium to donate it.

Murray said the restaurant serves about 100 lobsters each week and the rare crustacean was just about to be steamed.

"The chance of finding a lobster this color in the wild is one in 30 million, so we are really fortunate to have it in our collection," said director of animal care at OdySea Aquarium, Dave Peranteau. “We are grateful to Nobu for recognizing the lobster’s significance and reaching out to us regarding this incredible ambassador for its species.”

Orange lobsters are more likely to live much longer in an aquarium than they would in the wild, where their bright shells would make them an easy target for predators, compared to their mud-colored counterparts, OdySea Aquarium officials said.

The orange crustacean, which has yet to be named, will stay behind the scenes at the aquarium while the animal care team creates the perfect habitat for it.

“Strange to say the least,” Paige Hundley with the aquarium said. “Sometimes it’s mistaken identity. Sometimes it’s exactly what they think it is.”

Lobsters can live 100 years and grow over 3 feet long and more than 40 pounds.