VALRICO, Fla. — To most, raccoons are wild animals. But for Lexi Quigley and her boyfriend, Blake Olson, a baby raccoon abandoned by its mother quickly became part of the family.

“He slept in bed with us. We would watch TV on the couch, and he’d curl up right above our heads,” said Quigley after the baby raccoon was found abandoned by its mother back in May. She says they tried to leave the newborn raccoon outside overnight, but the mother never came back.

“I grew up on a farm so just about anything and everything, I bottle-fed a lot of different animals,” said Quigley of growing up in Illinois.

Quigley and Olson decided to take the raccoon in and named him “Oscar,” and they even got permission from the Florida Department of Fish and Wildlife Conservation Commission to keep him. 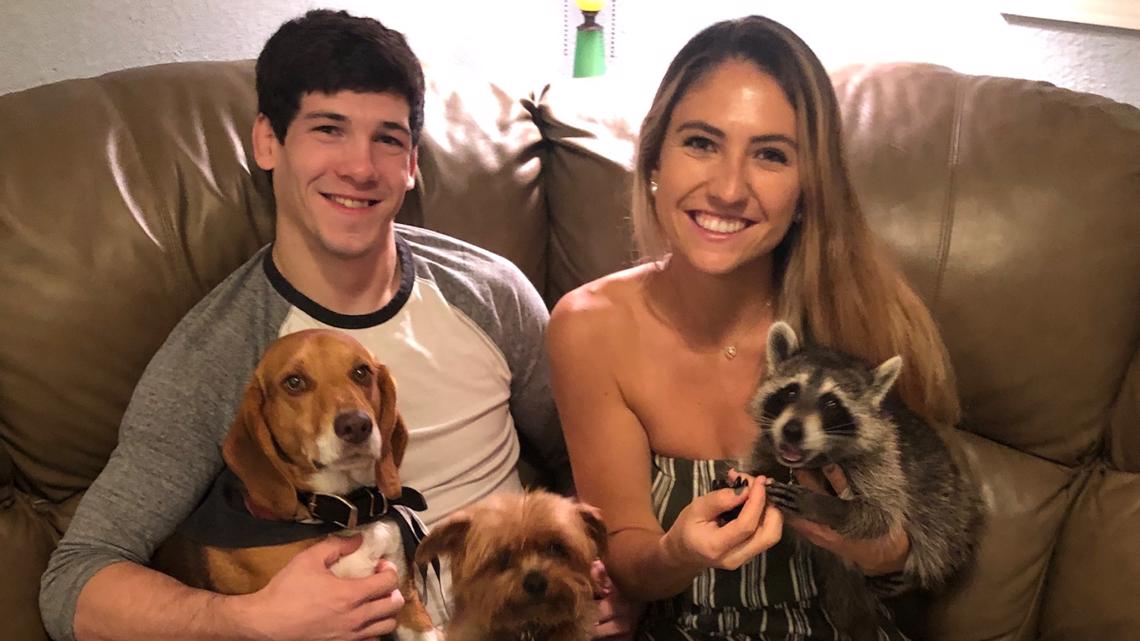 “We filed the permit and the permit came back approved, so we never thought anything of it,” Quigley recalls.

But then last Thursday came a knock at the door. It turns out because Oscar wasn’t purchased from a breeder, the permit approved by the state was invalid.

“Your heart drops to your stomach and you panic,” a tearful Quigley said. “You don’t know what to do.”

Quigley tried to keep FWC officers from taking Oscar but was threatened with arrest. He'll be kept at a rehabilitation facility for 180 days. If the rehab facility workers find Oscar can't survive in the wild, his fate is uncertain.

“Putting him in that cat carrier was the hardest thing I’ve ever had to do,” Quigley said. “He stuck his little hand back out and held my finger and I just had to let him go.”

Quigley is now contacting her state lawmakers and has started a petition on Change.org. An attorney tells the family because the permit was issued in error, they can appeal the state’s decision but Quigley says right now, there’s little hope.

“I’m trying to stay positive, but I’m worried about him,” she said.