A witness said he estimated the motorcyclists reached speeds of at least 80 mph on the 35-mph roadway. 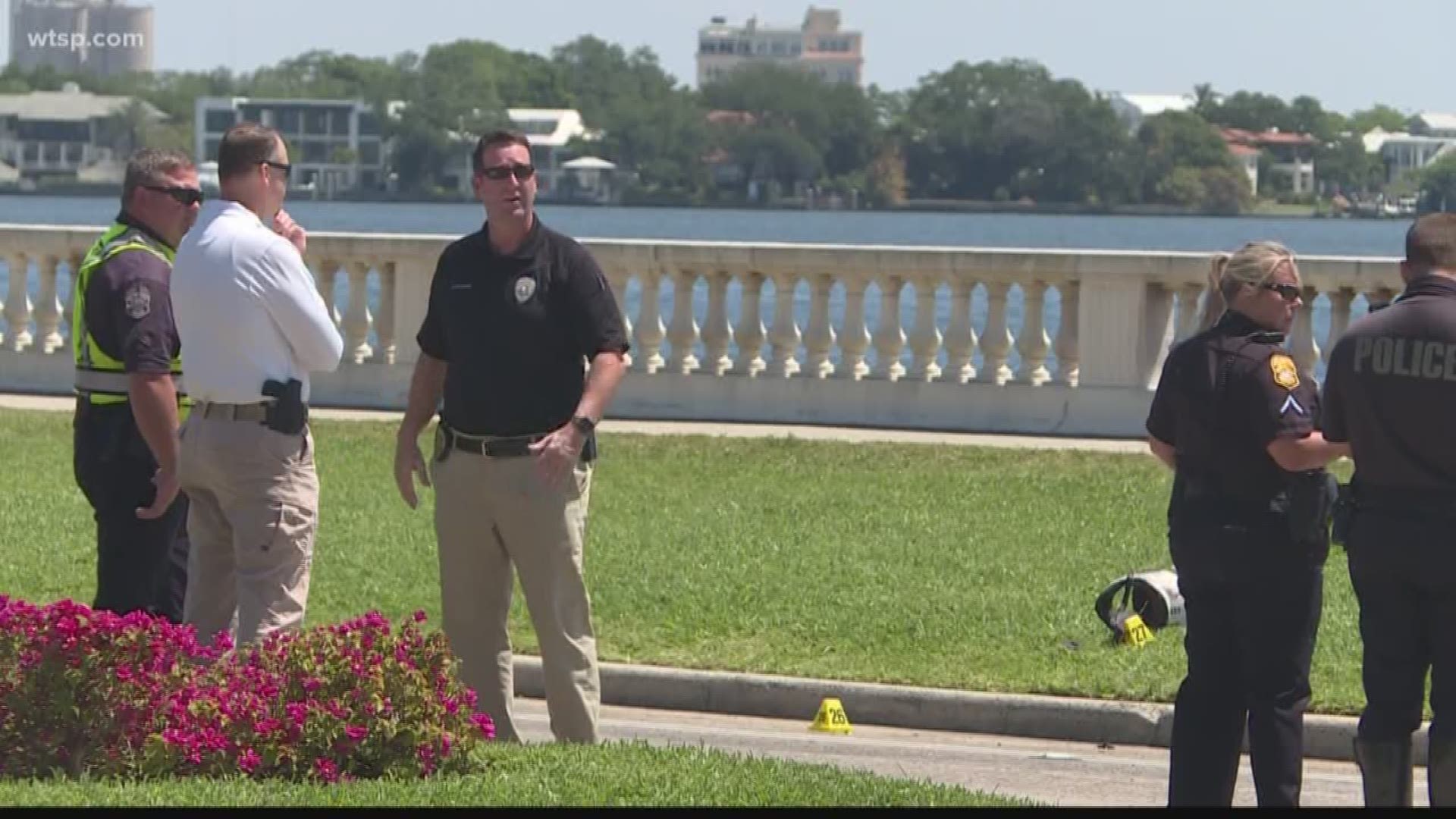 The motorcyclist has been identified as Justin Glenn Winterhalter, 31. No other information has been released.

It's suspected three motorcyclists speeding down Bayshore Boulevard led to a crash that killed a rider and a bicyclist trying to cross the road.

While police look into whether speed was one of the deciding factors in the crash, a witness said he heard the revving of several engines.

"By the time I looked up, the lead motorcycle had punched it," Russell Olinger said. He guessed they were traveling at speeds reaching 80 mph.

The crash into the bicyclist sent debris flying everywhere, said Olinger, who quickly realized it had turned into a gruesome scene. The man said he took his shirt off to help cover the bicyclist's leg.

Tampa Mayor Jane Castor weighed in on the crash and said now, she wants police to crack down on speeders and dangerous drivers.

Despite several high-profile speeding incidents on Bayshore Boulevard in recent years, including the May 2018 death of a mother and her 21-month-old daughter, Olinger said people still disobey the 35-mph posted speed limit.

"You can't regulate stupidity, you can't," he said. "There's a lot of stupid people out there."