Local police and deputies are working with federal agents to try to find Petito's fiancé, who is now also unaccounted for. 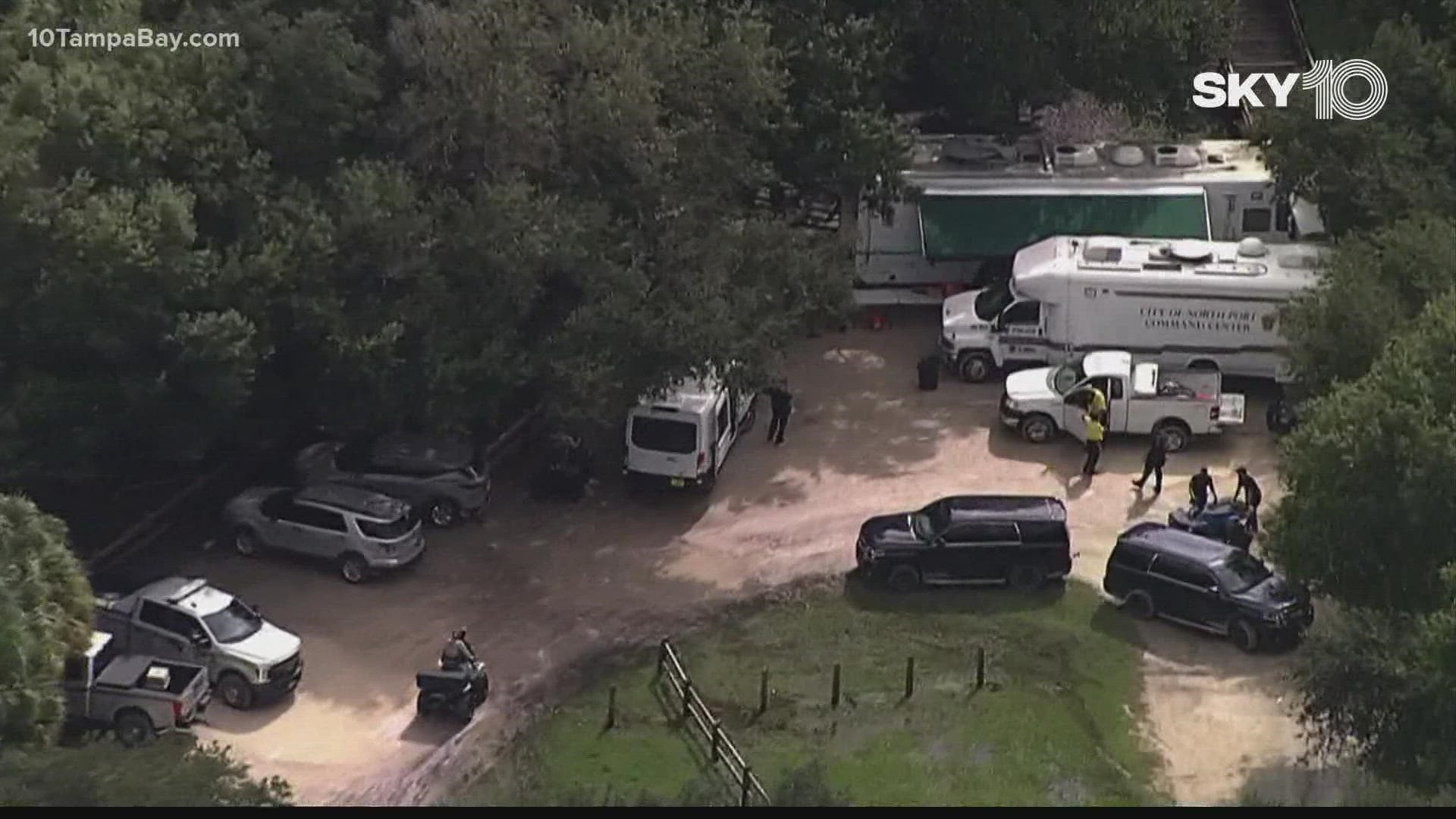 North Port police officers and FBI agents combed through a 24,565-acre nature preserve, searching for the fiancé of a woman whose disappearance has garnered national attention.

Gabby Petito, 22, vanished during a cross-country road trip with 23-year-old Brian Laundrie, who is considered a "person of interest" in the case.

Police called off the search for Laundrie Saturday evening "due to darkness."

Officers returned to Carlton Reserve Sunday morning with a team of more than 50 people to continue the search for him.

The search for Brian Laundrie continues Sunday morning in the Carlton Reserve. A team of more than 50 looking for anything of note after his parents say this is where he went. We continue to corroborate all info in the search for him and Gabby. 1-800-CALL-FBI. pic.twitter.com/20nt70mezz

On Aug. 12, they were stopped by police after a heated argument in Moab, Utah. Officers separated them for the night and sent them on their ways.

Petito, who typically checked in with her family several times a week, last FaceTimed her dad and stepmom on Aug. 21. Her last video chat with her mom was Aug. 24.

The last text her mother received mentioned no service in Yosemite, but family members aren't sure if that Aug. 30 message was actually sent by Gabby.

Laundrie arrived home in Gabby's van on Sept. 1. He pulled into the North Port house where he had been living with his parents and Gabby prior to the road trip.

Petito wasn't with him. Her family hadn't heard from her.

As the days dragged on, they still didn't get any calls or texts from her. By Sept. 11, they were worried enough to call police.

Concerned relatives, who live on Long Island, filed a missing person report. That night, North Port police paid a visit to the Laundrie home. Officers say they found the van and were handed contact information for the Laundrie family's lawyer.

The Laundrie family attorney later told reporters that, on the advice of counsel, Brian would not be speaking to the public. Detectives say he didn't speak to them either -- prompting demands for answers from Petito's family.

Members of the public called for answers, too, lining up outside the Laundrie home in protest Friday, Sept. 17. They were there as police and members of the FBI arrived at the home that evening. Police had been called by the Laundrie family's attorney.

When investigators went inside, they were told Laundrie's parents hadn't seen Brian since Tuesday morning, and his whereabouts were unknown.

"We understand the community’s frustration, we are frustrated too. For six days, the North Port Police Department and the FBI have been pleading with the family to contact investigators regarding Brian’s [fiancée] Gabby Petito. Friday is the first time they have spoken with investigators in detail," a North Port police spokesperson wrote in an update.

Investigators say Brian is not currently wanted for a crime, although he remains a person of interest.

He's described as a white man, who is roughly 5-foot-8 and 160 pounds with brown eyes and short brown hair. He has trimmed facial hair and was last seen wearing a hiking bag with a waist strap, according to law enforcement.

On Saturday, Sept. 18, the North Port Police Department, FBI and agency partners were out searching for Brian in Sarasota County's Carlton Reserve. His family said detectives they believe he entered the expansive area, which has more than 80 miles of hiking trails, earlier this week.

10 Tampa Bay's Malique Rankin says the search is back on Sunday morning with additional help from Charlotte County Sheriff Office.

After deputies visited Brian's house on Friday, some of his clothing was taken for K-9's to follow his scent to possibly aid in the search.

North Port Police Department's Public Information Officer Josh Taylor says the authorities are going by the family's word on where they think Brian may have been at.

"[The family] said the last time they saw him was when he came [to the Carlton Reserve]," he said at a news conference on Saturday.

The North Port Police Department, FBI, and agency partners are currently conducting a search of the vast Carlton Reserve for Brian Laundrie. His family says they believe he entered the area earlier this week. More details when available. pic.twitter.com/I5x7DvQ3Jt

Searchers were also stationed at nearby Myakkahatchee Creek Environmental Park.

Five to six different agencies, more than 50 people, drones, bloodhounds and K-9's were searching the area, according to Taylor.

The Sarasota Police Department, Sarasota County Sheriff's Office and Florida Fish and Wildlife Conservation Commission were also assisting in the area. Investigators say the region is where Laundrie was known to hike.

Police were seen using machetes to cut through the brush. An airboat was dispatched.

The conditions that the teams searched in were reported to be "muddy and wet with a few unpaved dirt roads that are running along powerlines.

In a statement Friday, the Petito family's attorney said that "...Brian is not missing, he is hiding. Gabby is missing."

Taylor says the authority's focus was putting resources on trying to find Gabby since they knew that Brian wasn't willing to talk.

There is no estimated time for how long the search will take to find Brian as of now, Taylor explains.

We are at Myakkahatchee Creek Environmental Park.
North Port police are here, they tell us actively searching for Brian Laundrie. They say he frequented this park for hikes. Sarasota PD, Sarasota County also here. pic.twitter.com/sXnYx5xMgp

This story will be updated as more information is received. 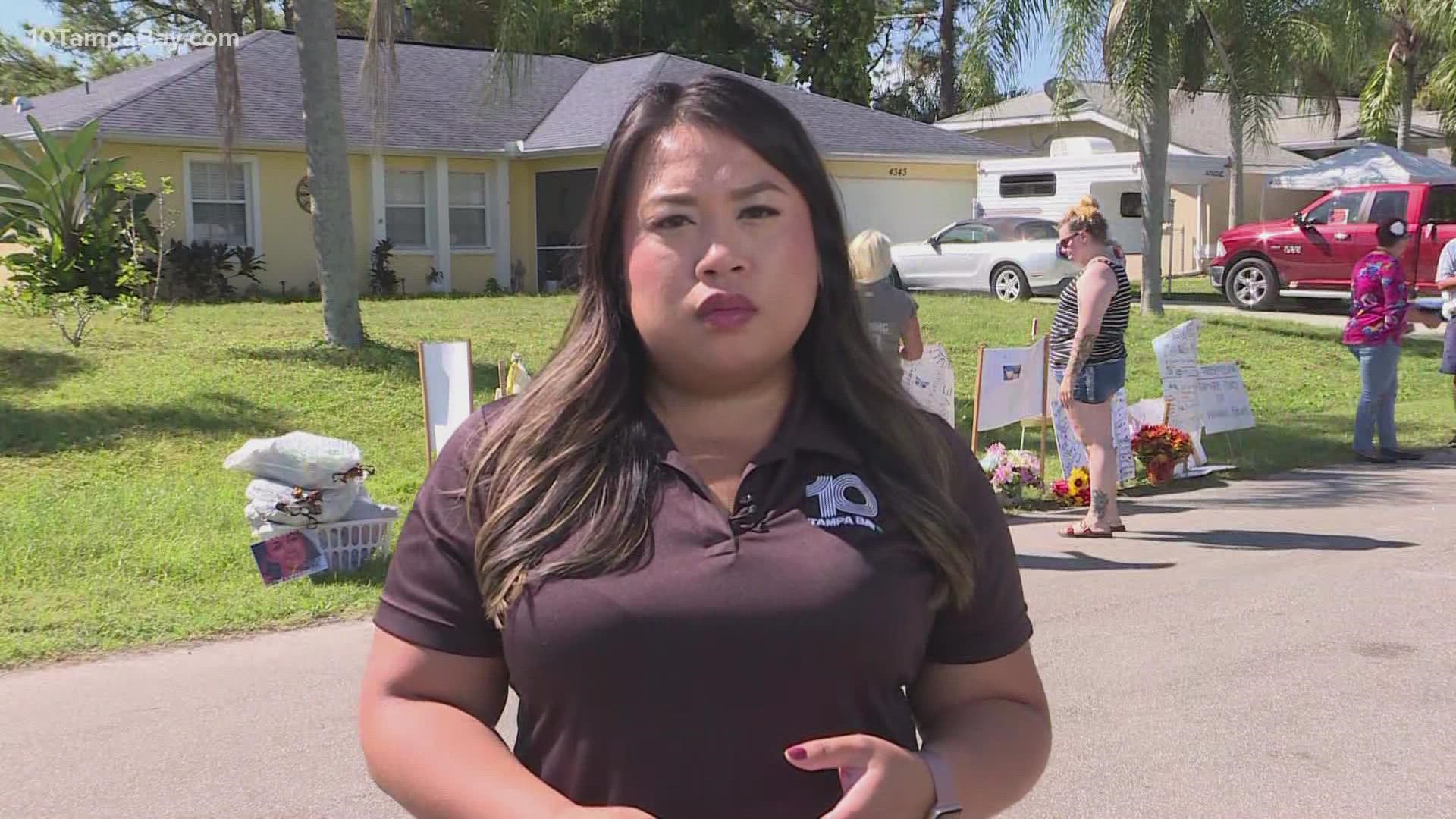 Investigators working to find out what led to Brian Laundrie's death