Plant City officers were trying to do a traffic stop when one of them was run over. Deputies say the accused carjackers were shot after a two-county search. 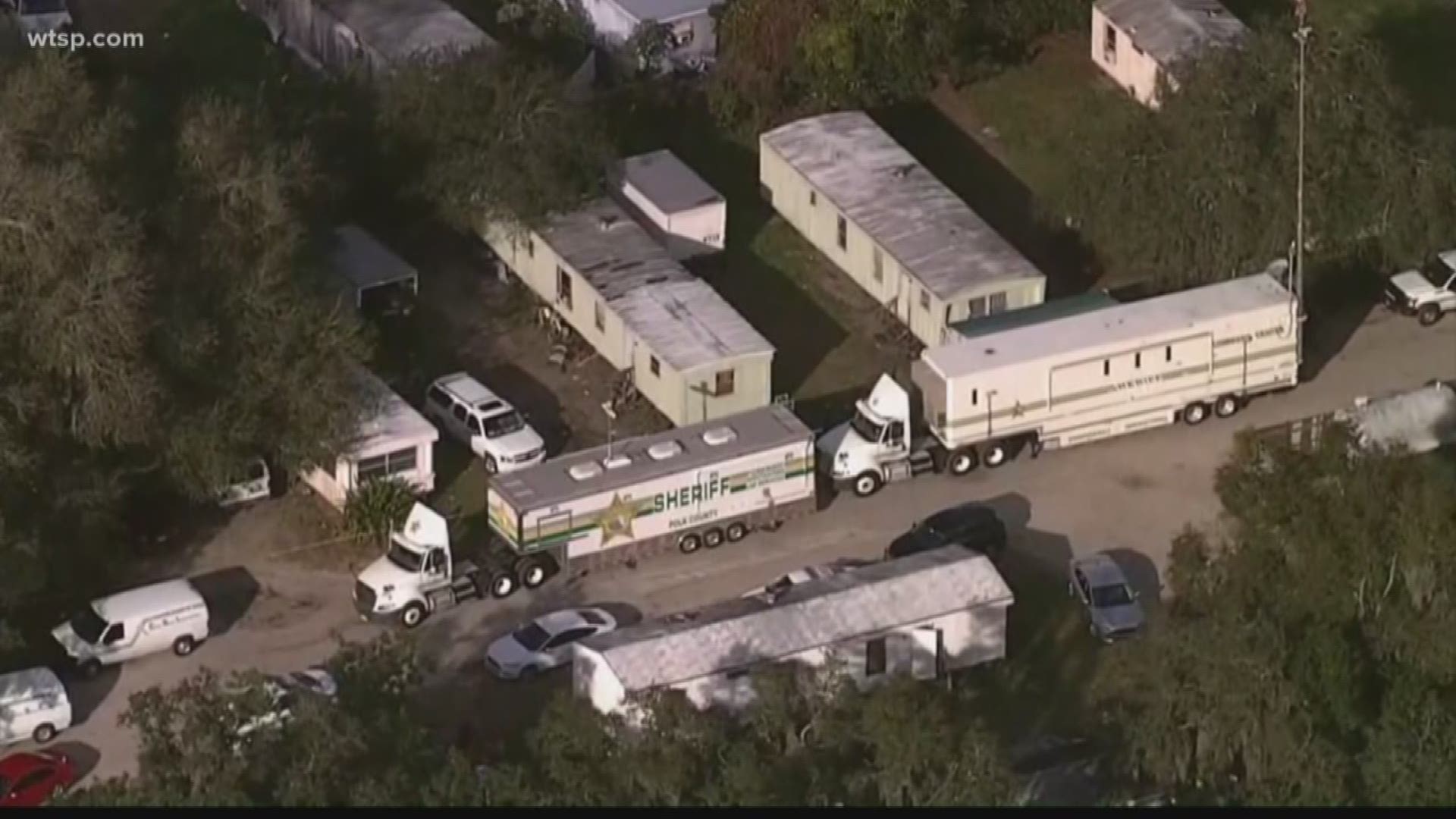 PLANT CITY, Fla. — A multi-county hunt for a man and woman accused of running over a Plant City police officer and carjacking someone else on Wednesday ended with both of them being shot by deputies.

The Polk County Sheriff’s Office said Aaron Phillips, 31, was killed and April Thompson, 36, was taken to the hospital. According to the sheriff’s office, no deputies were hurt.

Police say the detective who was run over Wednesday morning was one of two unmarked cars tailing a silver pickup truck because the woman inside – one of the accused carjackers – was wanted on several felony warrants, including kidnapping.

According to the Plant City Police Department, when the officers tried to stop the truck in a parking lot off Sammonds Road, the two tried to get away by ramming both cruisers.

The officer who was hit is stable and in the Intensive Care Unit at Lakeland Regional Hospital. He has internal injuries and multiple fractures.

After running over the detective, police say the Phillips and Thompson ditched their truck. According to investigators, they went to a home on Cooper Road and pointed a gun at the homeowner, demanding the keys to that person’s blue Toyota Tacoma.

The homeowner was not hurt and called the Hillsborough County Sheriff’s Office for help.

Deputies said they learned during their investigation that the accused carjackers were the same people who had run over a Plant City police officer earlier in the day. Phillips and Thompson were later found in Polk County where they were both shot by deputies.

Polk County Sheriff Grady Judd called Phillips a thug. Judd said the Phillips had been living in eastern Hillsborough County with other meth addicts who were all stealing cars and committing other crimes.

Judd said Phillips had spent four years and 10 months in the prison system for charges related to meth and battery on an officer.