Mote says the manatee had fresh boat strike wounds when she was rescued. 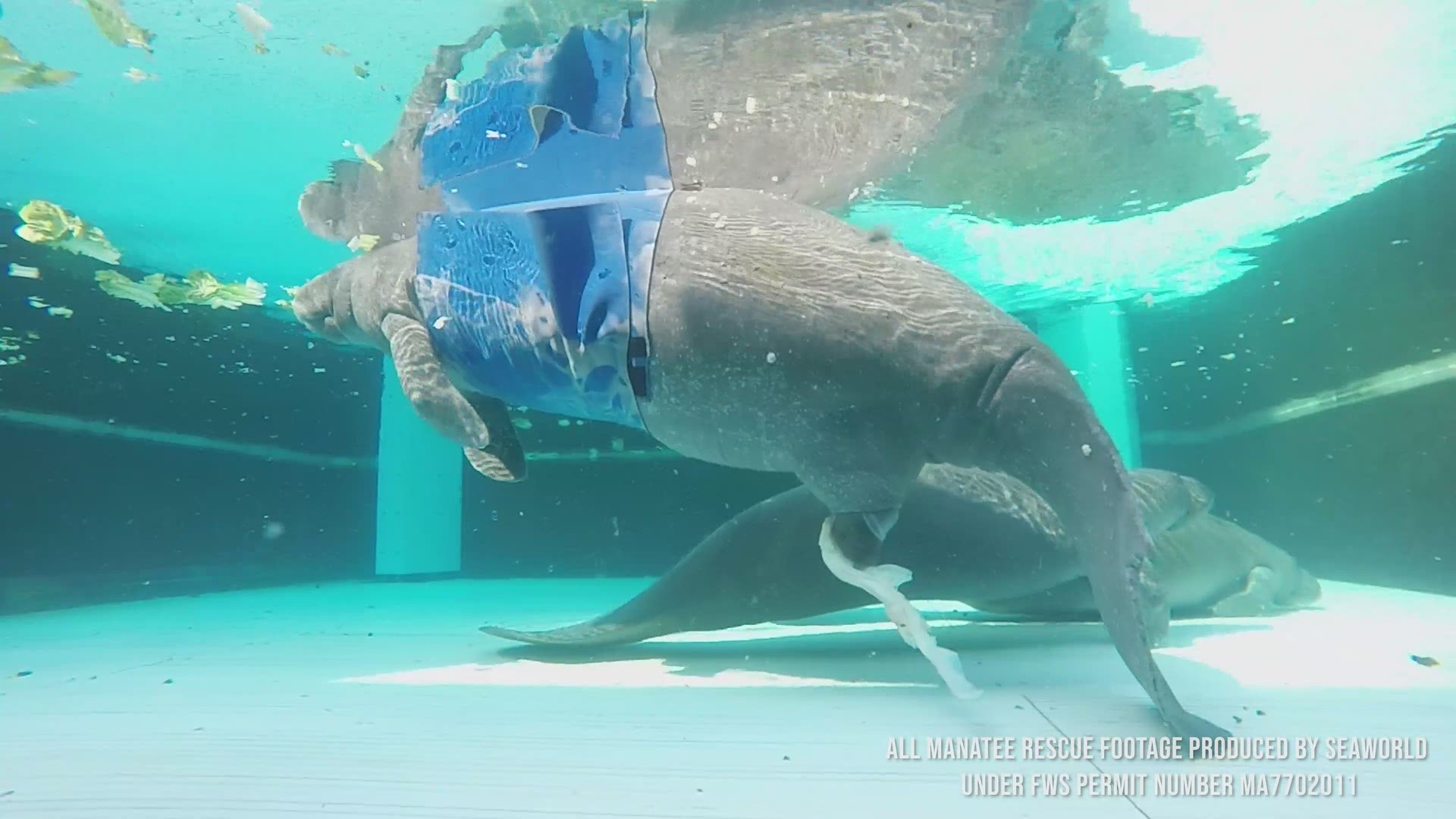 SARASOTA COUNTY, Fla — It was a Mother's Day weekend miracle - a pregnant manatee was rescued in Siesta Key.

And, the manatee has since given birth to a healthy calf while in rehabilitation at SeaWorld Orlando.

Rescuers said they found the expectant mother on Saturday, May 9, suffering from fresh boat strike wounds.

“Immediately, I noticed that the manatee was listing to one side, and had both healed and fresh boat strike wounds,” Mote Marine Laboratory & Aquarium Stranding Biologist Jess Blackburn said. “Those kinds of wounds likely caused air to be trapped in the manatee’s chest cavity, making it difficult for the animal to submerge efficiently. Given the busy area and heavy boat traffic, we knew it would be very difficult for her to avoid any other potential boat collisions.”

Florida Fish and Wildlife crews led the rescue efforts, along with help from Mote, the Sarasota Police Department and the Sarasota County Sheriff's Office. They were able to safely net her and bring her safely onto a rescue boat and then into a transport truck, where she was taken to a critical care facility for manatees at SeaWorld Orlando.

Rescuers say it was no easy feat getting the nearly 1,700-pound manatee onto the boat and truck.

After she was rescued and taken to SeaWorld, veterinarians discovered she was pregnant. On Tuesday, she gave birth to a healthy calf.

SeaWorld Orlando's rehabilitation team says that the new mom is in stable but critical condition.