The brief signed by Florida's governor argues that there is nothing wrong with giving the issue of abortion "back to the people." 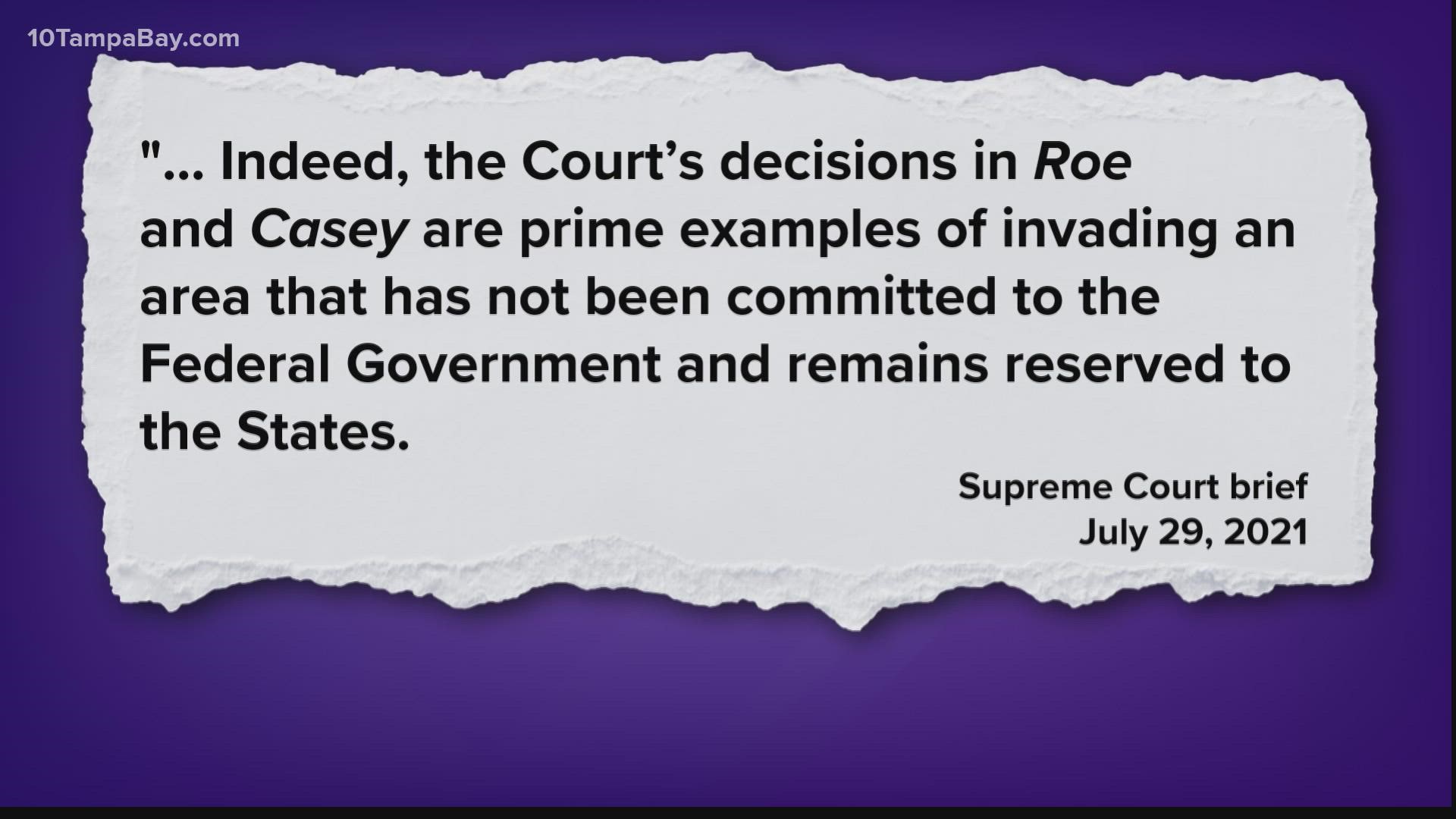 DeSantis and 10 other Republican governors on Thursday joined a push spearheaded by the state of Mississippi for the Supreme Court to reconsider rulings on the 1973 case Roe v. Wade and the 1992 case Planned Parenthood of Southeast Pennsylvania v. Casey, according to a brief from the nation's highest court.

In May, the Supreme Court agreed to consider a major rollback of abortion rights, saying it will decide whether states can ban abortions before a fetus can survive outside the womb.

The case involves a Mississippi law that would prohibit abortions after the 15th week of pregnancy.

If the Supreme Court, which currently has a 6-3 conservative majority, votes to overturn the cases, a person's right to an abortion may be left up to individual states.

Gov. DeSantis and the other governors who signed the brief apparently believe this could be beneficial. 10 Tampa Bay reached out to the governor's office which confirmed DeSantis' endorsement of statements made in the brief.

“Leaving abortion regulations to the States has benefits in addition to being faithful to the Fourteenth Amendment’s original understanding," the document reads.

The governors in the brief argue that there is nothing wrong with giving the issue of abortion "back to the people," adding that “The Court’s decisions in Roe and Casey are prime examples of invading an area that has not been committed to the Federal Government ."

Abortion-rights advocates say the case threatens access to the procedure across the U.S. Nearly 50 years of rulings have prohibited states from restricting abortion before a fetus can survive outside the womb.

The Mississippi law would allow exceptions to the 15-week ban in cases of medical emergency or severe fetal abnormality. Doctors found in violation of the ban would face mandatory suspension or revocation of their medical license.

Justices are likely to hear the case this fall.