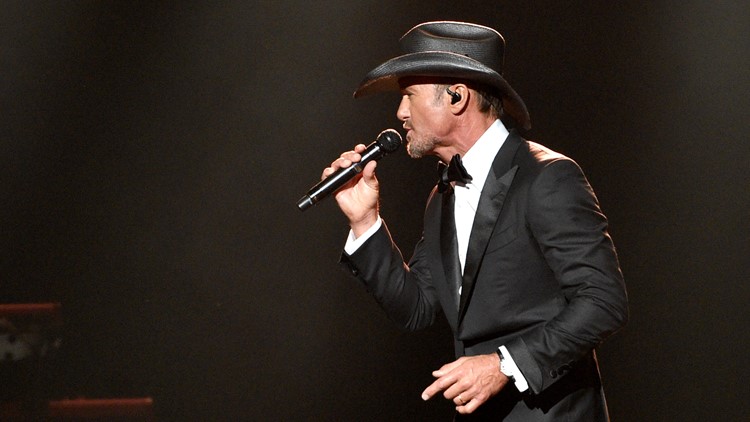 TAMPA, Fla. — Social distancing is necessary. It's also uncomfortable. But, if we do it right, medical experts say we'll save lives.

In the meantime, many people are feeling a sense of loneliness. For some, listening to or playing music at home has taken the place of going to concerts.

A star-studded lineup has been arranged for "ACM Presents: Our Country." It's a two-hour special that will feature intimate conversations, at-home acoustic performances and clips from the Academy of Country Music Awards’ 55-year history.

"It will be a night filled with entertainment, hope and reflection, bringing the healing power of music to Americans at a time when they need it most," CBS wrote in a statement.

The night of music and conversation will fill the time slot previously reserved for the 55th Academy of Country Music Awards, which will now be shown at 8 p.m. ET on Sept. 16. That event, which is being hosted by Keith Urban, will also be broadcast on CBS and streamed live on CBS All Access.

RELATED: Country singers to perform from home for ACM special