In 1974, Pattie Stepbach taught a child who grew up to become 'Big Kenny' from the band, Big & Rich. Their bond is helping feed hundreds of kids in Hernando County. 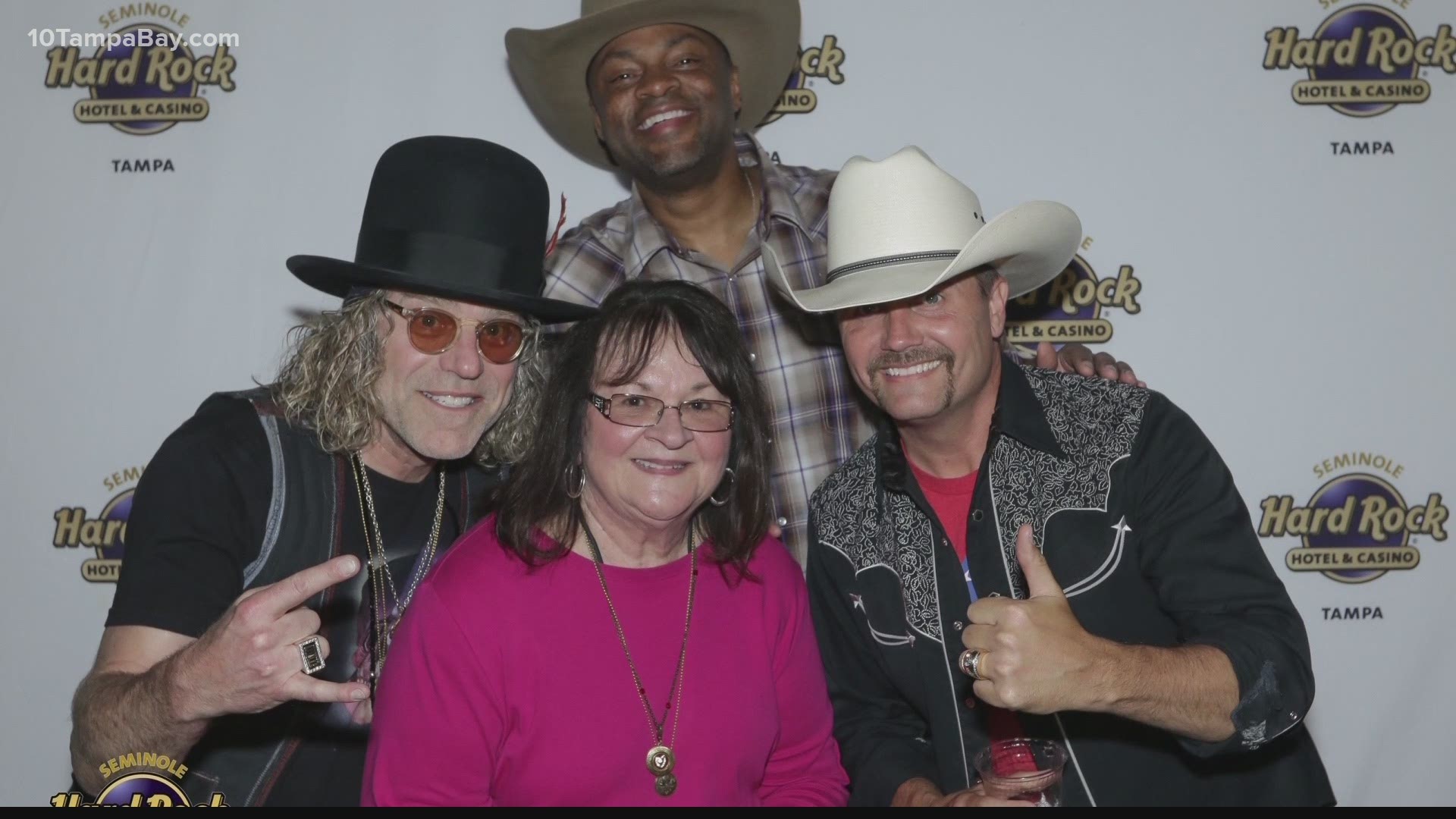 BROOKSVILLE, Fla. — Pattie Stepbach has lived most of her life in a classroom. Her teaching career began in 1967 in Virginia and eventually moved to Florida. She grew up without enough money to buy food in the school cafeteria.

She remembered those moments when kids came to her hungry. She would sneak them snacks.

“We have to make sure not only are our children provide for educationally, emotionally, and socially, but when they have food insecurity it impacts every aspect of their life and we have to help them,” she said.

Stepbach remembers having a “mustard sandwich” for lunch as a kid.

“That was my world,” she said.

That’s why she started Operation HeartF.E.L.T., in which the word ‘FELT’ is an acronym.

“It stands for Feeding Empty Little Tummies. We actually are going into our 13th year,” said Stepbach. “When I started this non-profit was told most NP do not last more than a year and so when you put a challenge like that in front of me, I take it as a challenge.”

Her non-profit foundation “provides over 260,000 meals annually to our children during the school year," according to its website. The outreach gathers donations and buys food for hungry kids. The food is packed in backpacks by volunteers and sent home with students on weekends. Between 700 and 750 children spread out among 307 families in Hernando County receive the food.

“We have grown to a sad point when you think about it that we have (so) many kids in Hernando County who are food insecure,” said Stepbach. “That was not the picture that I wanted to see.”

Nearly all items required to feed the children, outside of food, are donated. That allows for more than 99 cents of every dollar to go to food for the kids (99.2 percent, according to Stepbach).

“I grew up a free and reduced lunch kid,” said Kevin Laielli, the chairman of the board for Operation HeartF.E.L.T. “I have always been raised and taught that you know if you’re able to help people out, to help them out.”

Donations are important to the mission of Operation HeartF.E.L.T, and one of Stepbach’s former students has been helping ensure those donation dollars keep coming in.

“In 1974 I had a little boy in my fifth grade class by the name of Kenneth Alphin. Well, he is Big Kenny from Big & Rich. The country music group Rich and Cowboy Troy support Operation HeartF.E.L.T.”

The connection to Stepbach still runs deep. Big & Rich have done fundraising concerts for Operation HeartF.E.L.T. to help drum up donations to feed children. In 2020, the fundraiser provided the non-profit with nearly $100,000 in one night.

Big Kenny also started a peanut company called Peace Love and Happy Hour peanuts. A portion of sales is given to Operation HeartF.E.L.T.

Another fundraising concert featuring Big & Rich’s Cowboy Troy, among others, will participate. It will be held Saturday, May 15 from 6 p.m.  to 10 p.m. at the Brooksville Beef-O-Brady’s. Stepbach is hoping to host the full Big & Rich band in the fall.

“I’m just a firm believer that you need to take care of your own community, and that’s what we do,” said Stepbach.

Operation HeartF.E.L.T. was the recipient of the Tampa Bay Lightning Community Hero award five years ago.