Derrick Jenkins lost his eyes after a drunk driving crash. He's found a way to express himself through poetry and got help from a local artist to add visuals. 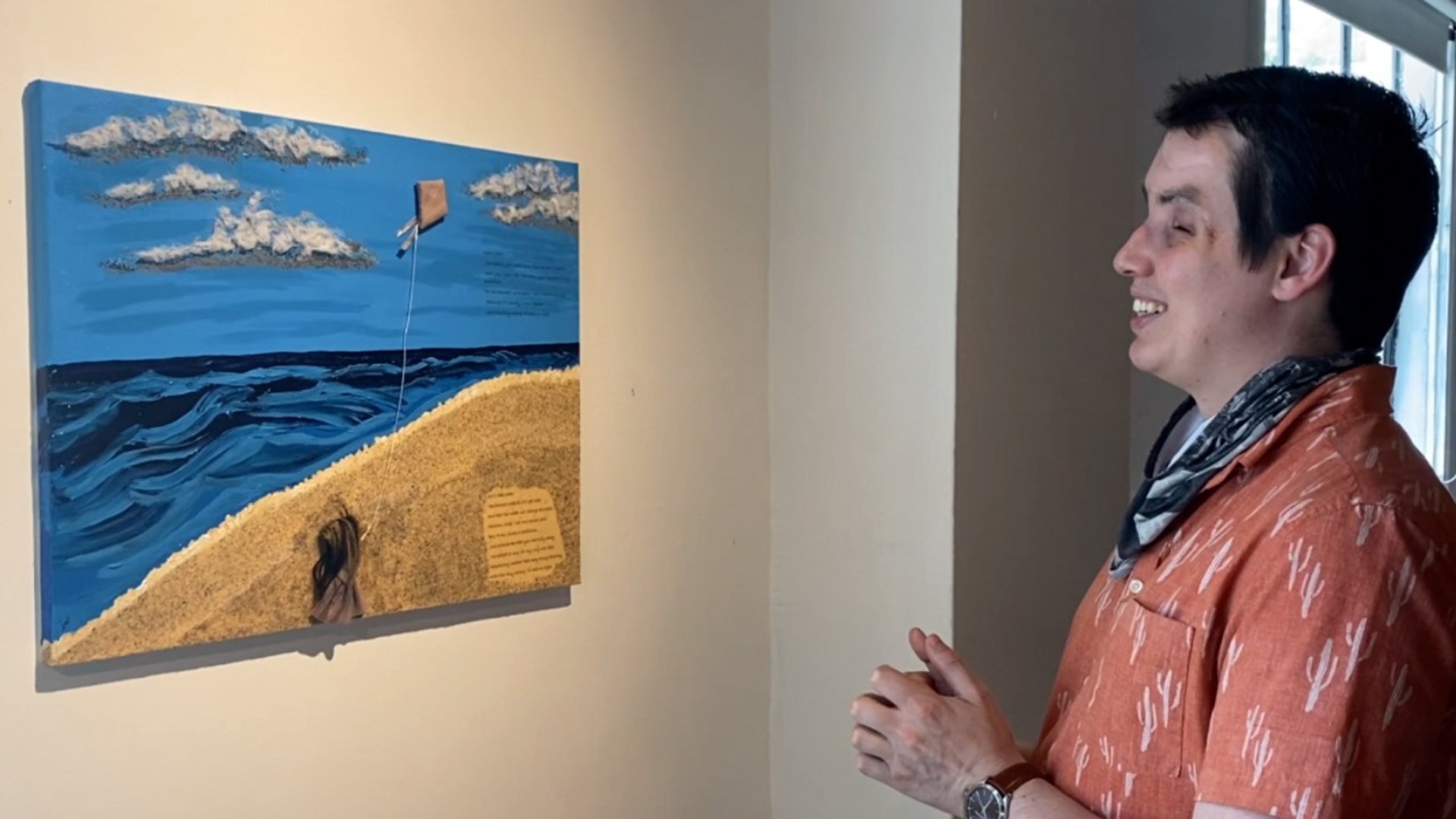 SEMINOLE, Fla. — It's been four years since I first met Derrick Jenkins. He lost his eyes in a drunk driving crash in 2013.

Since then, he's become an incredible example of what perseverance can do. He just collaborated with a local artist, Jul Escobar, to create "Hang on Tight" -- a painting by Escobar accompanied by Jenkins' words. He's written two poems to correlated with the scene on canvas.

RELATED: Man blinded in crash warns others on drunken driving

“I’ve always been artistic. Now with being blind, it’s not that it went away it just kind of changed the way I express myself,” he said.

Actual sand from the beach, along with water painted using a palette knife helped create texture on the canvas.

“It allows for someone to have the tactile experience,” he said.

Being able to feel the art makes the piece come alive even more for the man who will never see it.

“It’s something that tickles my fancy,” Jenkins said of poetry. He’s been writing for a while as a way to express his emotions.

These are Jenkins' poems:

Girl’s kite poem: The forecast predicts it’ll get cold and that the winds will change direction. Children chide, “get one colored gold.” But, to me, purple is perfection. Just promise me that you won’t fly away I’ve waited so long for my very own kite. Despite any weather that may bring disarray, With this tiny string, I’ll hold on tight.

Kite’s poem: Just seeing your smile form flys me up to cloud 9. With you, I don’t fear the storm, your laughter is my sunshine. For the moment, we’re apart, I can’t wait to re-unite Although it’s windy, I won’t depart. With this tiny string, I’ll hold on tight.

The gallery has closed the KITE exhibit but photos are available on the Studio @620 Facebook Page.

Jenkins is just a few credits short of his associate's degree in mechanical engineering. He is currently studying calculus. He’s also a sought-after public speaker who warns of the dangers of drunk driving.