Largo man has sand collection from around the world

Don Golliher has sand from around 200 locations around the globe. He began his collection after a trip to Cape Cod in the mid 1970s. 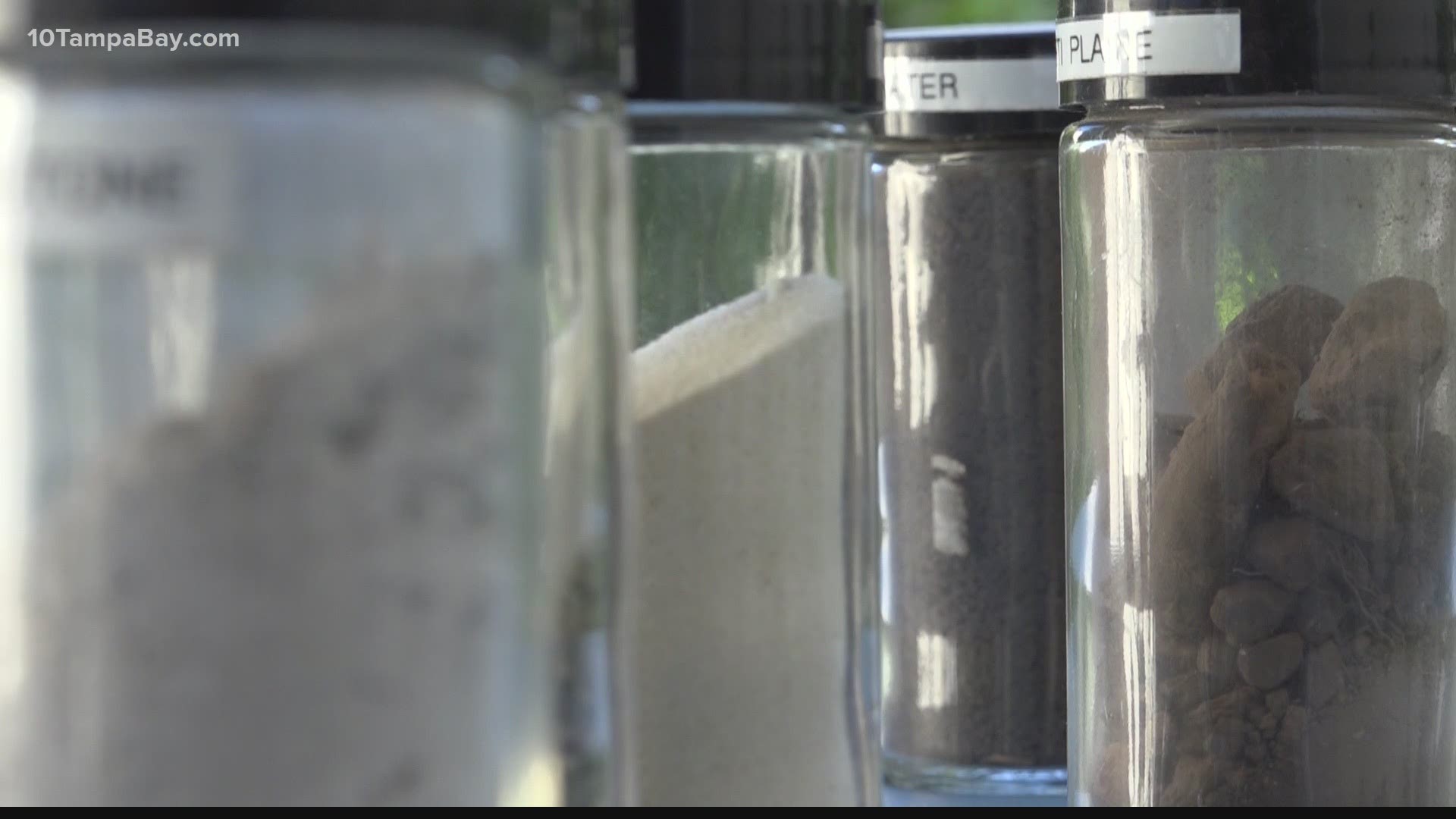 “I noticed the sand was really difficult to walk in, so I scooped up some,” he said. “That’s how it all started.”

Golliher slipped that handful into a small aluminum film canister and brought it back to Florida. He compared the Massachusetts sand with the sand from Clearwater Beach.

The contrast was fascinating.

“Every time I saw sand at some other point in time, I just grabbed some,” said Golliher. “I probably could have picked up a geology book and learned it faster.”

Since then, Golliher has been collecting sand from around the world. He has about 200 spice jars full of samples from Cuba, Alaska, Mexico and many more countries. The only continent from which he has no sand is Antarctica.

“Every one has a story,” he said, looking over samples from Lake Michigan, the Ngorongoro Crater in Tanzania, and Trinidad.

The sand in his collection comes in different sizes, shapes, and colors. His latest sample from the Serengeti, which he got two years ago, looks much different from the sands just a few miles from his Florida home. He has “amazingly fine” sand from Bora Bora. He has coarse sand from a Rio Rincon river in central Costa Rica. He has sand from Australia, Germany, Italy, and almost everywhere else in between. He even has volcanic ash from Mt. Saint Helens, which he considers one of the most unique things in his collection.

“My wife calls me the Sand Man,” he said.

Many samples came from his mother. Others, from friends. Many visitors to his home are curious when first seeing Golliher’s bookshelf full of sand-filled jars, as if they don’t know what to think. After examining the specimen’s Golliher usually gets flooded with questions.

“Then there’s like, ‘Oh, you really do have a sand collection’,” he said.

He jokes his two children will eventually fight over who gets his collection. Golliher, 68, doubts it will grow much larger. For a man who grew up collecting baseball cards, rocks and stamps, these little pieces of each corner of the globe are certainly special.

“Maybe it’s called hoarding,” he said with a chuckle.