Clearwater Police sergeant Bill Hodgson surprised Matthew Lenhart while the three-year-old was out patrolling the neighborhood in a Halloween costume. 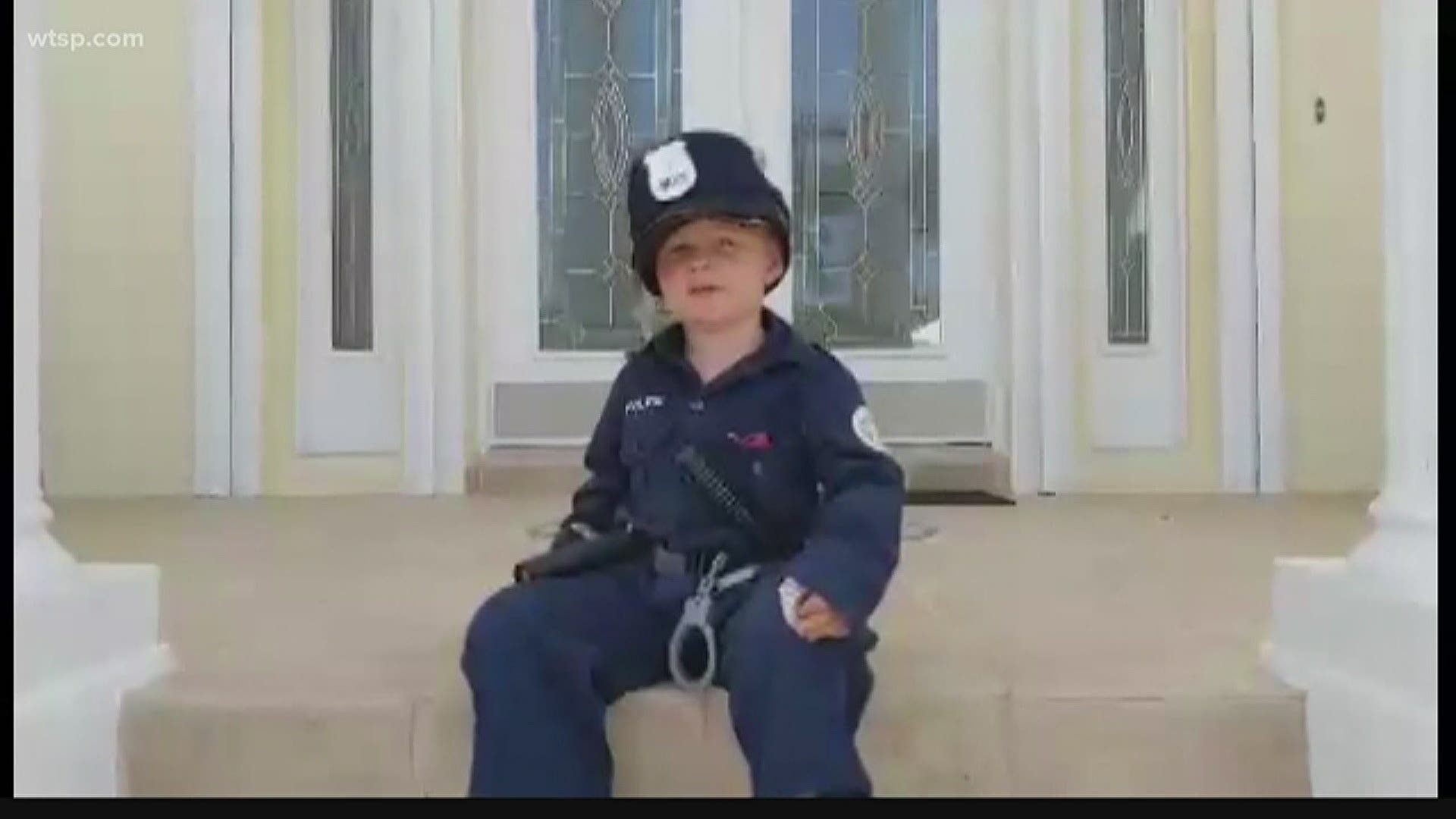 CLEARWATER, Fla. — Matthew Lenhart is rarely seen wearing anything but his police costume.

“Every day he runs into his costume closet and pick out his police man outfit and helps me put it on him,” his mother, Lori, said.

"We do laundry every day.”

The three-year-old, still deciding between doctor, policeman, astronaut or pirate as potential professions, got a nudge towards law enforcement in mid-April thanks to an unexpected surprise. While patrolling his Clearwater neighborhood in his little battery-powered Jeep, Matthew caught the eye of Clearwater Police sergeant Bill Hodgson.

“The police man actually happened to pull up next to him and flashed his lights. He got a little nervous but then ran out to him and go and said hi,” Lori explained. “It was just super cool. Super nice. Matthew was completely surprised. It was just a lot of fun and really nice of [Hodgson] to stop."

Clearwater PD tweeted the photo of the officer and the pint-sized pretender -- both smiling in their respective uniforms.

“I know it only took two seconds of his time, but it almost made me cry,” Lori said.

“It was so simple just to say hi, and when he left, the sentiment Matthew had for him all day it was great.”

Matthew has been practicing writing his letters by making up traffic tickets for his dad. Lori says her son can be seen in the neighborhood trying to arrest his younger sister with plastic handcuffs.

“What do you want to be when you grow up?” she asked with a grin.

“Police man,” the child smiled back

His dreams of becoming a pirate may be over.

More 'On the Road' stories: